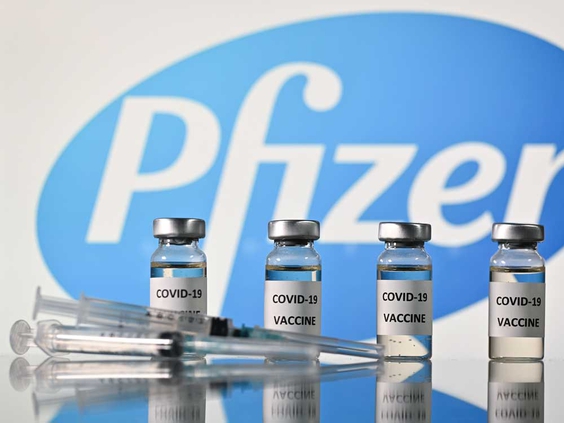 Pfizer Inc. said a final analysis of clinical-trial data showed its COVID-19 vaccine was 95 per cent effective, paving the way for the company to apply for the first U.S. regulatory authorization for a coronavirus shot within days.

The U.S. drugmaker and partner BioNTech SE said their vaccine protected people of all ages and ethnicities, with no significant safety problems so far in a trial that includes almost 44,000 participants.

Pfizer shares rose 2.7 per cent in premarket trading, with BioNTech American depositary receipts up 7.3 per cent. European stocks extended their gains after the news, with the Stoxx Europe 600 up 0.4 per cent.https://html5-player.libsyn.com/embed/episode/id/16850030/height/360/theme/legacy/thumbnail/yes/direction/backward/

The update is the latest in a string of promising developments on the vaccine front in recent days. Moderna Inc.’s rival jab appears equally effective, judging from data published earlier this week, and a third contender, from AstraZeneca Plc and the University of Oxford, is expected to release trial results in coming days.

The Pfizer-BioNTech data shows 170 trial participants contracted COVID-19 overall. Eight participants who got the vaccine fell ill, while 162 cases were seen among those who got the placebo. The shot helped to prevent severe disease, according to the analysis, with nine of 10 severe cases in the trial occurring in the placebo group.

The vaccine’s efficacy in people older than 65 was more than 94 per cent, the companies said.

Most people who received the shot tolerated it well. Severe fatigue was seen in 3.7 per cent of volunteers after the second dose in the two-shot regimen, but that was the only severe side effect that occurred in more than 2 per cent of people, according to the analysis.

Pfizer and BioNTech said last week that an initial readout showed the vaccine was more than 90 per cent effective. The news helped spark a broad stock-market rally on hopes that the shot could help control a pandemic that has killed more than 1.3 million people worldwide.

On Monday, Moderna released its own promising results and said it expects to be able to apply for emergency authorization in the U.S. within weeks.

Pfizer and BioNTech plan to seek U.S. emergency authorization “within days,” according to the release. On Tuesday, Pfizer Chief Executive Officer Albert Bourla said at a conference that the companies had gathered the two-month safety follow-up data required by the U.S. Food and Drug Administration.

Both the Moderna and the Pfizer-BioNTech vaccines are based on messenger RNA, a new type of vaccine technology that is able to be deployed very quickly. It essentially transforms the body’s cells into tiny vaccine making machines. The vaccines instruct cells to make copies of the coronavirus spike protein, stimulating the production of protective antibodies.