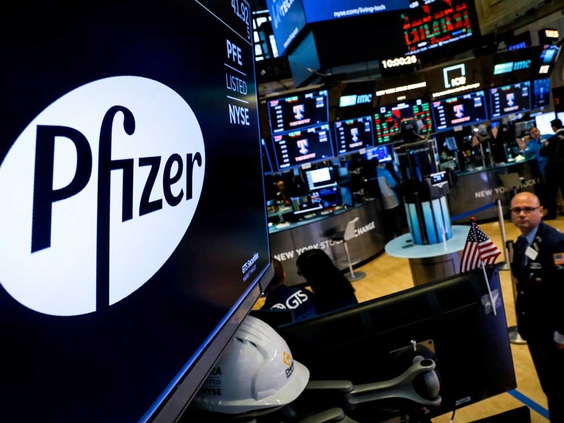 The S&P/TSX Composite Index rose as much as 2.7 per cent in Toronto, most intraday since April 29. The benchmark broke above all its major daily moving averages and reached highest intraday since Sept. 3.

The risk-on rally was fuelled by traders piling into cyclical stocks, led by energy and healthcare sectors. However, the positive momentum was held back by a selloff in technology and mining stocks as Shopify Inc. and gold miners fell. The loonie rose 0.8 per cent to C$1.2948 per U.S. dollar.

“The vaccine is really driving markets,” said Chris Zaccarelli, chief investment officer at Independent Advisor Alliance in Charlotte, North Carolina. “Most of the moves in stocks, bonds and commodities are related to the light at the end of the tunnel for the COVID-19 situation.”

“It’s a game-changer in terms of consumer spending and consumer behavior and it augurs well for future economic activity as we begin to see a reversal of trends caused by the pandemic,” Zaccarelli added.

The CBOE Market Volatility index, a barometer of investor anxiety, dropped to its lowest level since late August.

Pfizer’s announcement gave a jolt to European shares, sending them to an eight-month high, building on hopes of more stable trade policies under president-elect Biden.
The pan-European STOXX 600 index rose 4.03 per cent and MSCI’s gauge of stocks across the globe gained 2.42 per cent.

Emerging market stocks rose 1.65 per cent. MSCI’s broadest index of Asia-Pacific shares outside Japan closed 1.21 per cent higher, while Japan’s Nikkei rose 2.12 per cent.
The vaccine news sent U.S. Treasury yields soaring, with the yield curve at its steepest since March, on optimism the world’s largest economy would emerge from a pandemic-induced recession.

Oil prices jumped nearly 10 per cent as the vaccine news and an OPEC output deal fuelled optimism over rebounding demand.

The prospect of a Biden presidency buoyed trade-related currencies on expectations of a thawing of the tariff war as the dollar index stabilized.

Gold prices slid as investors pivoted away from the safe-haven metal in favour of riskier assets.

Major company setting up a massive facility in Mississauga