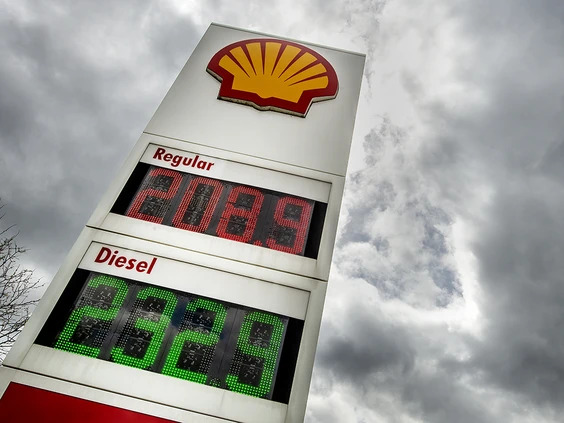 Global refinery capacity is being stretched to its limit

As oil hits US$120 today on growing fears that rising demand will overpower tight supplies, another problem looms on the horizon for consumers of fossil fuels, economists warn.

Global refinery capacity is being stretched to its limit, raising the price of petroleum products like gasoline and diesel even more than the soaring cost of oil, says Capital Economics.

The reason: Russia is the world’s second largest net exporter of both crude oil and petroleum products. But while crude oil exports have been little affected by the war in Ukraine, its export of petroleum products, which are mostly shipped by sea, has halved.

As well, Russia exported more of its refined product to the West. In 2020 before the war, 75% of petroleum product exports went to Europe and the U.S., compared with 55% of crude oil exports.

The missing supply has put pressure on the world’s already stretched refining capacity.

“The fall in Russian product exports comes as globally refineries are already operating close to capacity, so there is limited scope to raise output elsewhere and offset the supply loss,” writes Edward Gardner, Capital’s commodities economist.

Refining capacity has fallen in western countries in recent years as investors and policy makers move away from fossil fuels.

In fact, in a recent interview on Bloomberg TV, Chevron Corp.’s CEO Mike Wirth warned that there may never be a new refinery built in the U.S.

Refining capacity has increased in China and the Middle East, but globally, petroleum product consumption has grown faster.

“With global oil demand now around pre-pandemic levels, and the IEA estimating that global refinery capacity fell in 2021, refineries are stretched. In a hypothetical product market without Russia, there’s just not enough capacity,” wrote Gardner.

Unplanned refinery outages are another risk, especially along the U.S. Gulf Coast, which forecasters warn could be facing an above-normal hurricane season.

Consumption is also showing no signs of slowing down, said Capital. Even though higher fuel costs will crimp demand, the global economy will be bigger by the end of this year, requiring more product.

Oil has shot up almost 60% this year as rebounding demand combined with a tightening market after Russia’s invasion of Ukraine.

Petroleum product prices normally rise in line with crude prices, but recently they are showing a growing premium.

Capital does not forecast prices of petroleum products, but expects the premiums over crude to remain historically high over the next year at least.

That premium is showing up in gas stations across Canada. The national gas price hit nearly $2.06 on Sunday, up almost three cents from the day before and 11 cents higher compared with a week ago, said the Canadian Automobile Association. Some forecasters expect it to reach $2.12 by this afternoon.

And as North America gears up for what is typically the heaviest time of year for consumption, the refinery bottleneck is already raising the spectre of fuel rationing in the U.S., reports Bloomberg.

BILLIONAIRE SHARES HIS SECRETS Michael Lee-Chin has come a long way from humble beginnings in Port Antonio. After coming to Canada for university, Lee-Chin is now worth some $1.9 billion, according to Forbes. He is associated with 4 “unicorns,” privately held startups that have a valuation of over $1 billion: AIC Ltd., Columbus Communications, InterEnergy Holdings Ltd., and ITM Isotope Technologies Munich SE. He’s also associated with three publicly traded companies worth $1 billion or more, including NCB Financial Group Ltd., Telix Pharmaceuticals, and Guardian Holdings Ltd. In a fascinating profile by Financial Post’s Marisa Coulton, the billionaire shares his secrets on wealth creation and where he’s investing next. Read on.

The U.S. dollar has long been king on the global stage, but that dominancy has been slipping this century.

Central banks aren’t holding the greenback in their reserves like they used to, shows this International Monetary Fund chart.

The U.S. dollar’s share of global foreign-exchange reserves fell below 59% in the final quarter of last year, extending a 20-year decline.

What’s interesting is that it isn’t other traditional reserve currencies — the euro, the yen and the pound — that have been picking up the slack. Instead it’s the currencies of smaller economies like Canadian and Australian dollars, Swedish krona and South Korean won that account for three-quarters of the shift from dollars, said the IMF.

The IMF says two factors might explain this: these currencies combine higher returns with relatively low volatility and new fintech advances make them easier and cheaper to trade.

But the stability of the economy and policy decisions also matters. IMF analysis confirms that a higher economic risk premium reduces the currency’s share in global reserves.

From YouTube content creation to dropshipping, affiliate marketing, and social media management — there’s very likely an avenue towards earning a passive income that aligns with at least one of your interests.

Our content partner StackCommerce can help you get started with a bundle of courses on different sources of passive income using the internet, including YouTube marketing, affiliate marketing and Google AdSense.