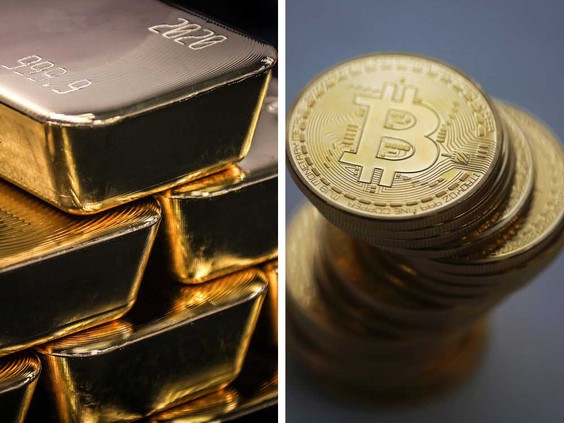 Bitcoin, the digital currency known for dizzying ascents and stomach-churning declines, has found a friend in millennials.

Gold has traditionally been the go-to asset in troubled times because it is expected to retain its value or even gain while other assets fall. But deVere says it could be toppled from its throne within a generation as younger investors, so-called “digital natives,” put their money in cryptocurrencies.

This is no small endorsement. Millennials are to become increasingly important market participants in coming years, said deVere CEO Nigel Green, as $6 trillion in wealth changes hands, the largest ever generational transfer of wealth.

The pandemic as made Bitcoin one of the hottest investments of 2020, its value rising about 170% this year to hit a high last week.

The crisis has forced central banks to flood the market with extra money and investors, fearing traditional currencies are being devalued and the threat of inflation, are seeking alternatives, said Green.

And not just millennials. JPMorgan Chase & Co. warned this week that the rise of Bitcoin in mainstream finance is coming at the expense of gold, according to a Bloomberg report.

Since October, money has been flowing into Bitcoin funds and out of gold as institutional investors get into the action.

JPMorgan estimates Bitcoin now accounts for 0.18% of family office assets, compared with 3.3% for gold ETFs, but a shift towards the digital currency would represent a transfer of billions in cash.

“Bitcoin has been around for little more than decade, but already accounts for more than 3% of gold’s US$9 trillion market cap,” said deVere’s Green. “As the world continues to shift towards tech and as millennials become a more dominant part of the world economy, we should expect Bitcoin to also take an increasingly influential role in financial markets, especially in regard to being a ‘recession-proof’ asset.”

But there are still many out there who see the cryptocurrency, with daily price swings four times larger than gold, as too turbulent an asset.

Even though investors hope for it, Bitcoin is still too volatile to act as a true store of value, the head of the digital assets arm of Fidelity Investments told the Reuters Global Investment Outlook Summit 2020 last week.

“We use the word ‘potential store of value’ as bitcoin is still extremely volatile, and by any standard perhaps would not achieve the mantle of a true store of value,” Fidelity Digital Assets President Tom Jessop said. “But aspirationally it is, and that’s one of the reasons why so many investors are now thinking about this space constructively.”