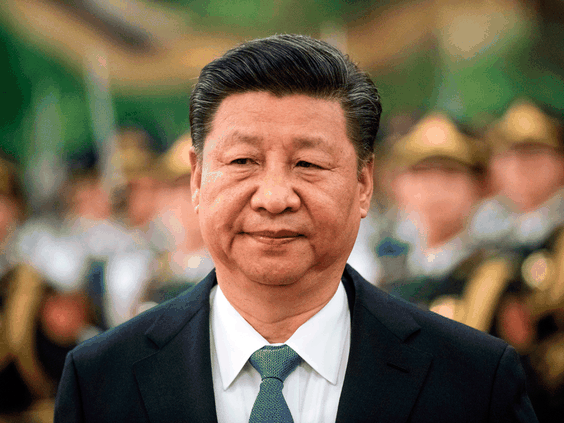 As tension between China and Taiwan intensifies, Chinese President Xi Jinping told his nation’s troops to begin preparing for war, according to a report in Xinhua, the state-run news agency.

“(You should) focus your minds and energy on preparing to go to war, and stay highly vigilant,” Xi is quoted as saying in a report in the South China Morning Post, a Hong Kong newspaper.

Xi made the remarks during a visit to inspect the marine corps at a military base in the Guangdong province. The purpose of his visit to the region was to commemorate the 40th anniversary of the Shenzhen Special Economic Zone.

But his remarks come at a time when China’s relationships around the world — including with Canada and the United States — are increasingly fraught.

Later this month, a Royal Canadian Navy frigate will join the Japan Self-Defense Forces and the U.S. military for training in Japan.

A particular point of contention for the Chinese president is Taiwan. For decades, China has claimed jurisdiction over Taiwan, an island democracy off the southeastern coast of the country. In recent months, the standoff has escalated: Chinese warplanes and navy vessels have been spotted in the Taiwan Strait.

Margaret McCuaig-Johnston, a senior fellow at the Institute of Science, Society and Policy at the University of Ottawa, said in the last half-decade China has been increasingly belligerent towards its neighbours, including India and Bhutan.

“The fact that Taiwan is a separate country, democratically elected, they should be seeing Taiwan as a neighbour not as a point of conquest,” said McCuaig-Johnston.

Gordon Houlden, the director of the China Institute at the University of Alberta, said Xi is leading China at a time when he has to satisfy burgeoning nationalist sentiment.

“Taiwan is a special case. No Chinese president, in my view, would survive a week if he … abandoned the goal of reunification,” said Houlden. “And China has never ruled out the use of force.”

“I believe that regional tension can surely be resolved,” she said.

In response, Chinese state television released a video of military drills on China’s coast, with amphibious landing craft, attack helicopters and missile systems, and warning China might attack if Tsai did not recognize Taiwan as a part of China, The Washington Post reported.

Not helping matters is Taiwan’s growing relationship with the United States. Reuters, citing multiple sources, reported this week the United States was considering an arms deal with Taipei, which would include the sale and export of drones and a coastal anti-ship cruise missile system. Other arms deals are already underway. Reuters reported in September that seven “major weapons systems” were going through the exports process to equip Taiwan with advanced weaponry.

In response to this week’s Reuters report, Lijian Zhao, a spokesman for the Chinese Ministry of Foreign affairs, said China would retaliate as necessary. “The United States should immediately cancel the planned weapon sales to Taiwan, stop any arms deals and cut off their military ties,” Zhao said this week.

Canada has been dragged into another point of tension between the U.S. and China: the detention of Meng Wanzhou, the chief financial officer of Chinese telecom giant Huawei, is going through a extradition hearing in Canada on the request of the United States, that she face accusations of violating the U.S. embargo on trade with Iran. China is widely viewed to have kidnapped Canadians Michael Spavor and Michael Kovrig in retaliation.

Whether or not the sabre-rattling over Taiwan will amount to anything is unclear.

“The biggest risk for China is the intervention of the United States,” said Houlden. “The language is always alarming and we should not ignore it, but I don’t think there should be panic about it … it’s not the first time and it shouldn’t be surprising.

“But also, it’s a warning, perhaps, to the international community and to Taiwan that this (unification) is still a Chinese goal, which they still take serious, and which they intend to complete,” he said.