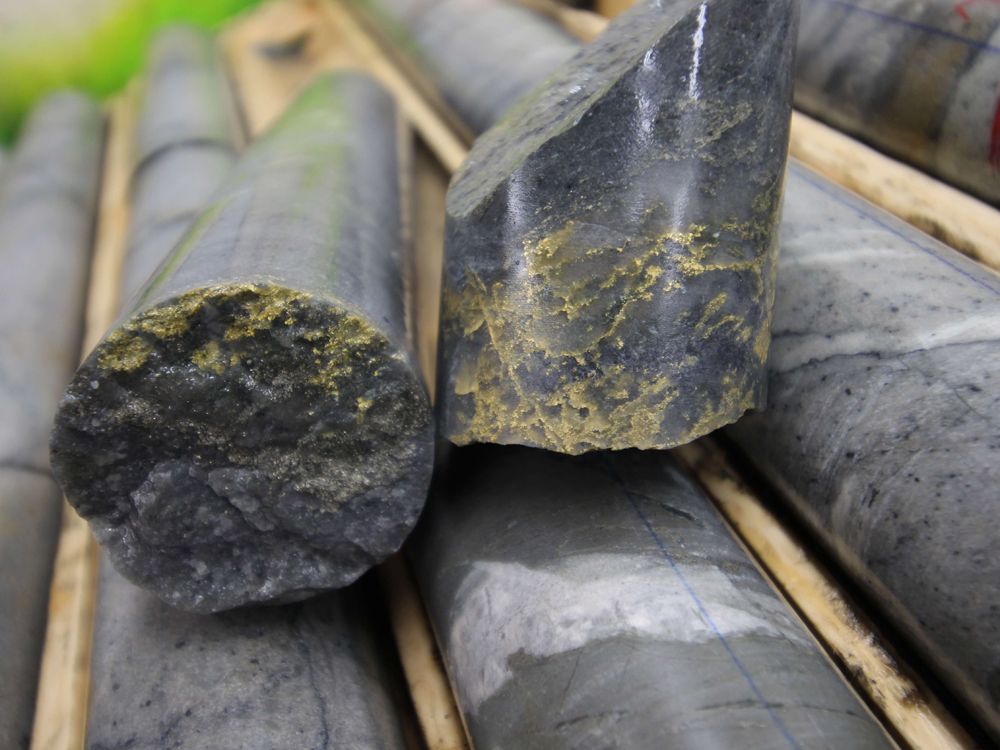 This spring, John Burzynski, chief executive of Osisko Mining Inc., caught whiff of an opportunity to acquire land near the Cadillac-Larder break — a name that may not ring a bell with most Canadians, but is renowned gold country.

Running from western Quebec to Larder Lake, Ontario, it stands out among the world’s richest geological gold belts; and even today, more than a century after being discovered, it is dotted with mines that pump out hundreds of thousands of ounces of bullion every year.

Burzynski, and his partners have been to the Cadillac-Larder break before: They discovered the deposit that became the Canadian Malartic mine, currently the country’s largest gold mine, which last year produced 697,200 ounces of gold, worth about $1.3 billion at current prices. Although they no longer own the mine, they have been responsible for as much exploration in Canada as anyone else over the last few years, taking hundreds of thousands of meters of core samples out of the earth in search of the yellow metal.

Now, as gold prices surge through US$1,400 per ounce for the first time in six years, Buryznski and his team are returning to the Cadillac-Larder break with a roughly $40 million acquisition of Alexandria Minerals, which controls a choice land package near Val d’Or, Quebec that’s already known to contain gold.

The transaction is drawing interest because as analysts predict gold prices will soar, many investors are wondering whether Burzynski and his partners can strike gold twice, and hit another bonanza, or has Canada’s most prolific gold belt finally tapped out after decades of exploration and mining.

“Every time someone says all the mines have been found, I laugh,” said Burzynski. “Our business is rife with stories of the 10th company or the 20th company that went onto a property and found something that all the others had overlooked.”

With evolving geological modelling and new technology, there’s always a way to look at past producing mines and find more gold, he said.

Still, Walter Henry, acting chief executive of Alexandria, said there’s a reason why his company is selling out just as gold prices are surging.

Under the deal, Osisko Mining, through a subsidiary to be called O3 Mining Inc., agreed to an all-share purchase that values Alexandria at around $40 million, or seven cents per share including debt. The deal was approved by Alexandria shareholders on Friday.

Henry said it’s at least 30 per cent less than the roughly 10 cents per share that Alexandria was offered in 2018, but that deal was rejected.

“There’s gold in that ground, for sure,” he said.

But Henry added, “The type of gold that’s being found in the Cadillac Break, it’s not the type of geology where you’re going to hit a 2,000-ounce (gold) boulder.”

Instead, he said the geology tends towards low-grade, bulk tonnage gold deposits, which Henry argued means a company needs to spend a lot of money drilling out core samples to show that there’s enough gold to build a mine, but the mines tend to be expensive to build.

As Canada’s gold sector looks to break out of a prolonged downturn and period of declining funds raised for exploration, it is doubtful anyone could obtain financing for such a project, he said.

“For all the potential there, I just don’t know,” Henry said.

Henry, also a director of Alexandria, who has experience in project finance, stepped in as acting chief executive last year amid an internal dispute with its former chief executive Eric Owens related to whether to sell the company and other matters. Litigation between the two parties remains ongoing.

Alexandria had been courting prospective buyers since the beginning of 2018, opening up a data room where other companies could examine its geological models, which includes about 1.1 million in indicated and inferred resources.

With major companies operating nearby, including Agnico Eagle Mines Ltd and Eldorado Gold Corp. both holding contiguous or nearby property, Henry said they “were expecting other bidders.”

Osisko started out with a four cents bid, and then Agnico Eagle Mines Ltd, one of the country’s largest miners — which owned 8 per cent of Alexandria — put out a five cents bid.

But a bidding war never broke out, and when Osisko countered with a seven cents bid, Agnico ceded.

“If these companies operating along the break aren’t interested in Alexandria, have no interest in getting a deal done, what does that tell you?” said Henry.

But with gold prices suddenly surging, the risk profile for mining companies that need to raise money may be lowering.

Since reaching an all-time peak of US$1,921 per ounce in September 2011, “gold has had three meaningful rallies, none of which were able to break out above US$1,375 per ounce,” according to Haywood Securities inc.

In June, however, it broke through US$1,400 per ounce, where it has stayed since July.

The Haywood analysts said that softer economic growth, low interest rates and the ongoing U.S. trade war are among the most prominent factors pointing to “a stronger gold price as we move ahead.”

Meanwhile, thanks to a favourable exchange rate with U.S. dollars, gold prices in Canadian dollars were sitting near their highest point ever at $1,876.22 on Friday afternoon.

“There’s a saying in our industry, ‘you’ll never find what you’re not looking for,’” said Burzynski, of Osisko.

Fifteen years ago, after spending his career as a geologist mainly working on mines located in Africa, he and his partners returned to Canada with a theory: The major gold mining companies may have picked up all the easy high-grade gold deposits in the country, but there were still low grade gold deposits sitting around.

In 2004, they looked at an old deposit in Quebec that Barrick Gold had once operated as an underground mine. It was owned by a company that was in bankruptcy at the time, and they bought it for $80,000 on the theory that there was enough gold present on top of the old mine — albeit at lower concentrations — to build an open pit mine.

“That was the guts of the Canadian Malartic mine, we bought the heart of it for $80,000,” said Burzynski. “You’ll never find a better yard sale story.”

Still, after acquiring the property, they had to purchase more surrounding properties, raise funds to drill core samples to prove that there was enough gold and eventually convince homeowners in the town to sell them their property so they could build a mine.

“Lots of people drilled 1 gram holes, and they just ignored it because it wasn’t the 7 grams they were looking for,” he said. “Lots of people were laughing at us, saying you’ll never be able to mine that.”

By the time, the company finished building the mine, in 2011, gold prices were poised to hit their all-time peak.

But it was a short-lived victory for Burzynski and his partners.

In 2014, after what was then-Goldcorp Inc. made a hostile bid to acquire the company, a bidding war erupted and Agnico Eagle and Yamana Gold Inc. jointly won control of the mine, and the entire company for around $4 billion.

Burzynski and his partners were well-compensated, but back to where they had started in terms of their ambitions to create the next major Canadian gold mining company.

They regrouped, and formed several companies that have been feverishly exploring Canada’s old gold camps for the past several years. He estimated that Osisko Mining Inc. has drilled 800,000 meters at a project it calls Windfall, located slightly north of the Cadillac-Larder Lake break.

“We think at this point that this turns out to be another world class mine,” he said. “Given enough time and enough drilling we think this joins the rank of underground high grade mines.”

But having built a world-class mine once before only to lose it to a corporate takeover, Osisko is taking steps to ensure its assets all can’t be purchased in one swoop this time around, as gold once again looks poised to run.

This time, Osisko spun out a shell, which will be called O3 Mining Inc. to acquire property as it re-enters the Cadillac-Larder Lake break.

The Alexandria acquisition puts them a little closer to Agnico, which operates its former Canadian Malartic, plus two other mines. It also has its Upper Beaver project, which chief executive Sean Boyd has told investors is one of the projects in the pipeline that could eventually become a mine.

Osisko also has a nice land package, estimated by Alexandria to include 35 kilometres of land along the Cadillac-Larder Lake break.

“I’m sure they’re less than excited to see us show up again,” said Burzynski.

The derivatives market is heating up in crypto, and Binance might be the next firm to jump in