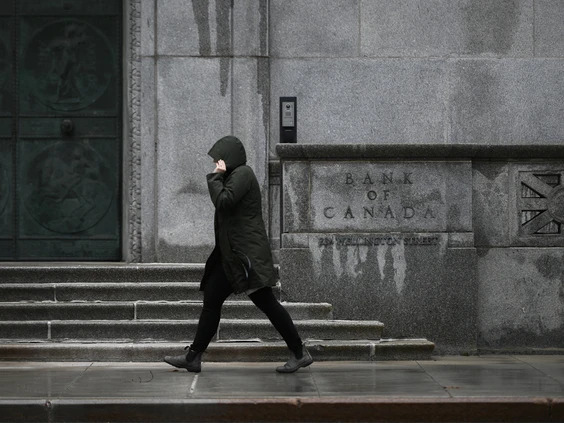 The Bank of Canada in Ottawa. PHOTO BY JUSTIN TANG/BLOOMBERG FILES

Martin Pelletier: Now is a great time to chart your own course that filters out the rhetoric and invests as a realist

Rising interest rates have dominated headlines lately and rightly so since they can have a significant impact on our financial wellbeing, especially those who are heavily in debt, which happens to be many households in Canada.

That said, there is something we think is much worse, something that has risen from the dead after we were all told it was a thing of the past: inflation.

If left unchecked, inflation can wreak havoc on an economy and is much more dangerous than the near-term impact caused by the higher interest rates required to stop it. This is because the loss of purchasing power can have a significant impact on one’s standard of living while decreasing the value of incomes and savings.

Making matters worse is that inflation levels for the past year just don’t seem to match our day-to-day living expenses such as filling up our car, buying groceries, or trying to book an affordable summer holiday for some much needed respite from the COVID-19 restrictions during the past two-plus years.

The primary and most effective way to tackle inflation is to reduce the money supply and tighten by increasing interest rates. That said, the longer we become dependent on loose monetary conditions, the greater the hangover will be when we go off it. No doubt, raising rates will cause some near-term economic pain, but it is necessary to stop the long-term damage inflicted by unchecked inflation.

But you will not hear about this from those who have benefited tremendously from low rates and going all in on long-duration market segments, because they have the most to lose from monetary tightening and the most to gain from asset inflation.

It isn’t surprising, therefore, that they are the ones making the most noise that inflation is transitory, entirely due to supply chain interruptions, and hiking rates will only send the economy into a full-blown recession.

We’re being warned that further rate hikes to levels to 2.5 per cent or three per cent will sink the economy. But how did we get to the point where we can’t handle rates at these still low levels?

It’s not just the long-duration investors and pundits warning us about the danger. The perma-bears are now grabbing headlines by calling for another 2008 event. This is when it is important to realize that if you had listened to them over the past decade, you would have missed out on some strong gains because you were out of the market waiting for an upcoming apocalypse that never showed up.

There are risks out there today, but they are concentrated in those areas that are refusing to address inflation with monetary tightening, such as Europe and Japan. We expect their currencies will continue to depreciate against the powerhouse U.S. dollar. Canada may or may not be in that camp depending on whether the Bank of Canada keeps pace with the Fed.

The U.S. economy is among the strongest globally and the most able to take on rate hikes, given its 3.6-per-cent unemployment rate, 11.4 million job openings, and consumer and corporate balance sheets that have been shored up thanks to government stimulus.

Now is a great time to chart your own course, one that filters out the rhetoric and invests as a realist by taking advantage of opportunities as they arise.

That said, playing the long game means managing near-term risk and there are three things that currently help me sleep at night: low-duration and inflation-protecting investments such as energy, materials, industrials and even financials; liquid investments so that we can quickly make adjustments; and the mighty U.S. dollar.