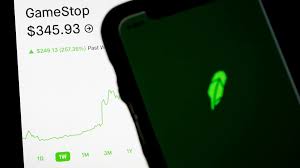 The Canadian Securities Administrators and the Investment Industry Regulatory Organization of Canada warned that they will act if they see manipulative activity on social media on stocks such as GameStop, which has taken investors on a wild ride in recent days.

The regulators released a joint statement on Monday saying that they “will take appropriate regulatory action to protect investors” if they identify “abusive or manipulative trading.”

The regulators said they are monitoring markets in real time with “strong market oversight and surveillance.” The statement also said that the CSA and IIROC are in close contact with international regulators, “recognizing that trading and market volatility is not confined by borders.”

“We caution investors to consider the source of information and advice they are relying on to make investment decisions,” the regulators said in the statement.

“Online chat rooms are unregulated and may contain information that is inaccurate or inappropriate for some investors. Investors should always check the registration of any person or business trying to sell them an investment or give them investment advice.”

Interest in shorting GameStop down

The regulators also said that they will be making sure companies meet disclosure requirements for anything material that might affect their stock prices.

Toronto-listed shares of BlackBerry closed up 4.7 per cent on Monday, but are still down nearly 18 per cent over the past five days after whipsawing last week. The stock has been popular on Reddit forum BayStreetBets, the Canadian counterpart to U.S. viral phenomenon WallStreetBets.

In the U.S., shares of GameStop dipped below $100 a share. At one point last week they were trading at almost $500, after a WallStreetBets campaign to buy up the shares and punish short sellers in the process.

GameStop shares were down 30 per cent on Monday, and another 50 per cent on Tuesday in early trading. Bloomberg reported Tuesday that the short selling interest was down to about 50 per cent of the company’s shares.

At the peak last week, the short interest in GameStop topped 140 per cent, so the reduction implies short sellers are exiting their trades and loosening the so-called short squeeze.

Despite the volatility, Canadian investment firms are so far not following Wealthsimple’s lead in labelling certain stocks as “risky.” The Toronto-based robo-adviser last week said it would add the label to GameStop, BlackBerry and other companies.

HSBC Bank Canada said its InvestDirect platform does not have any warnings particular to individual companies, since it does not provide any recommendations or financial advice.

An HSBC spokeswoman said the website carries a general warning that investment products do not guarantee profits and that clients should understand the risks before investing.

In contrast, Wealthsimple last week began advising traders that they should expect high volatility on certain stocks as brokerages scrambled to adjust to high volumes of trade requests after the stocks gained buzz on social media.

When asked whether BMO InvestorLine has plans to label “risky” securities, a spokesman said that its clients are self-directed.

BMO says the brokerage gives clients the information to make informed investment decisions, including news and research materials on the risks of various investments, including stocks and options.

RBC similarly said that while it provides educational material in its Investing Academy, its Direct Investing platform doesn’t provide advice or recommendations to investors on any investments, including specific securities.

Scotiabank declined to comment on whether there are plans to label individual securities on iTrade.