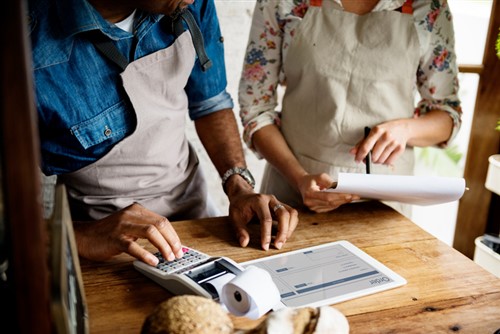 Small businesses in Canada are caught in a tangle of regulatory dysfunction and complicated tax regimes, hurting their productivity.

The Canadian Federation of Independent Business (CFIB) recently voiced concerns about the administrative burdens linked to moving goods within Canadian borders, which, according to small businesses, have become increasingly obtuse.

“We wish the clock could be rolled back a year, and pre-empt the previous approach the government wanted to take,” Mallet said.

But thanks to the outcry of small business owners, the federal government decided to lower the tax rate to 10% this year and pledged to reduce it further to 9% in 2019.

A report by the Organization for Economic Co-operation and Development (OECD) proved to be a testament to the CFIB’s sentiments. The report, released in 2017, said the stagnating productivity and weak business dynamism are a concern in Canada because of regulatory and financing shortfalls. This means that up and coming small businesses were not able to penetrate the market, which was dominated by older firms.

According to the study, Canada has the largest number of older firms amongst 15 other developed countries. Additionally, business dynamism in Canada has been on a downturn since the 1980s.

“Barriers to foreign direct investment and the regulatory protection of incumbents are higher (in Canada) than in many other countries,” OECD said, as quoted by Financial Post. The report urged the government to focus on efforts to harmonize provincial policies and legislation.

As it turns out, this phenomenon is part of a broader trend witnessed in several developed nations, as inter-provincial trade issues often become burdensome for small firms. OECD said costs associated with complying with different regulations in each province are equivalent to a five to 15% tax for these firms.

According to the OECD, reforms are needed in the areas of air transport, courier services, and telecommunications.

Further, the OECD sees the lack of interconnectedness within provinces as a result of more than just the geography and uneven population, but also of regulatory fragmentation.

Another aspect to consider is Canada’s business investment in innovation, which is below the OECD average at 0.8% of GDP. This is a far cry from US spending on research and development, which takes 2% of its GDP.

With this figure in mind, Canadian businesses’ slow adoption of new information and technologies is not surprising. OECD said only a little over 1 in 10 firms use resource planning in 2015, compared to around half in countries like Germany and Belgium.

CMHC wants market share back, but some observers wonder if timing is right