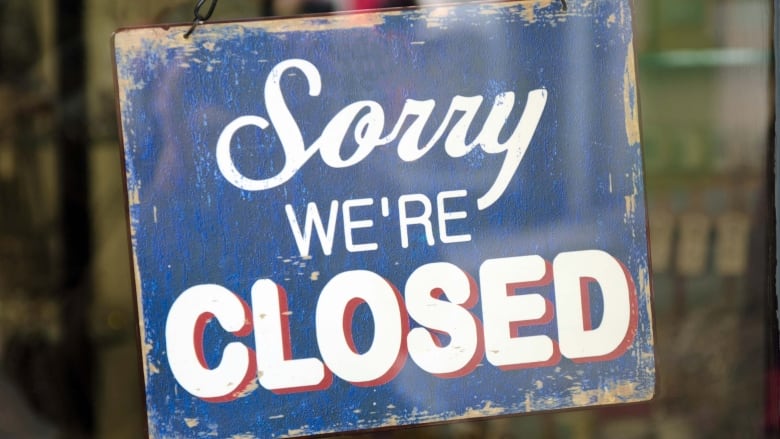 This column is an opinion by John Knubley and Regan Watts. Knubley recently retired from the Government of Canada, during his tenure he served as Deputy Minister of Industry, Agriculture and Agri-Food, Intergovernmental Affairs, Transport, and Natural Resources. Watts is a corporate affairs executive, and during his tenure with the Government of Canada, Regan served at Finance, Transport, Health, and Foreign Affairs. For more information about CBC’s Opinion section, please see the FAQ.

Contemplating what Canada faces as we grapple with the COVID-19 crisis, it’s worth remembering how history tends to repeat itself.

Speaking about the Second World War, former cabinet minister C.D. Howe is reported to have said, “this will be a long, grim war. It will not be won by waving flags or blowing trumpets … it is foolish to make an effort in the first year which we cannot maintain and increase in subsequent years.”

Applied to the current COVID-19 crisis, Howe’s words could not be more apt.

If Howe were alive today, he would praise and endorse the way Canada and its people are responding, especially how firms are stepping up to produce crucial items such as ventilators and masks – just as they did with needed materials during wartime. However, he would also be demanding to know the next steps to manage a return of the economy.

Just as our economy transformed from its agricultural roots to a modern industrial base during the Second World War, Canada should use the present circumstances as an opportunity to transform again.

Comparisons of the current public health outbreak and associated economic downturn have also been made to the Spanish flu of 1918, the Great Depression, SARS, the financial crisis of 2008, and the list goes on. While parallels can be drawn, the fact remains that Canada (and the world) is navigating uncharted waters. Today’s crisis is about a double contagion — a health pandemic and a shutdown of all but the “essential” parts of the economy.

Major world events like war, terrorism or pandemics have sparked societal changes like income tax, increased security measures and outdoor spaces. Adrienne Arsenault talks to historian Margaret MacMillan about the past to wonder about the future. 3:03

Canada is likely going to be fighting the effects of this pandemic for a while, yet it remains uncertain for how long. This is the big challenge of today’s war on COVID-19. Until we learn to conquer the virus, as we did our enemies in 1945, we are in a staged management world that will change how we live and how we run our economy for the foreseeable future as people, goods, and services are gradually reintegrated into society.

So while federal and provincial governments rightly continue to grapple with the public health crisis as the No. 1 priority, thoughts are being turned to how and when we can re-start the economy.

The two are directly connected – widespread testing is the key to Canada emerging from our current economic impasse. With the ability to widely deploy testing, governments will be better positioned to manage the public health risks as the country returns to a more normal state, and our public health management can quickly shift into a staged management problem.

Until then, we are in a period of economic survival. This means the financial survival of individuals and households as layoffs occur, and equally important, ensuring that Canada’s firms — especially small and medium-sized enterprises – avoid bankruptcy.

Given the reports of record numbers of Canadians applying for Employment Insurance and other emergency benefits in recent weeks, it’s likely that more economic pain is yet to come. The importance of both public and private financial institutions extending credit to firms during this period cannot be understated, and we’ll know in the coming weeks whether governments have moved fast enough or far enough. Adjustments are likely inevitable.

The next step in this process will be to carefully restart the Canadian economy. This restart is not as simple as “turning the lights back on,” and the staged return to work all hinges on science and the management of COVID-19.

The Canadian economy will adjust as it gains momentum, but there will be variations in how quickly different sectors recover. Already we have seen the impact on transportation, rail, and air, and business will not return to normal overnight. Also especially hard-hit are the tourism and hospitality sectors, which normally are ramping up at this time of year for the summer season. If that lucrative season is completely missed, the effects on the service sector will mount and more bankruptcies can be expected. The timing of getting back to business is key to ensuring the hardest hit sectors are able to rebound and recover.

And with Canadian oil and gas prices at record lows – it’s cheaper to buy a barrel of Alberta oil than it is a 2-4 of beer right now – it presents a special problem for Canada, since governments have always used large energy revenues to pay for other priorities. Now might be a good time to get the Trans Mountain Pipeline built, and the oil and gas sector must be at or near the top of sectoral financial supports provided by the federal government.

President Trump, in an unfortunate and shortsighted step when he tried to limit exports of medical goods, also reminded Canadians last week about the importance of our supply chains, particularly during a pandemic.

In this time of urgency, Canada has learned how important it is to have depth of supply in the areas of medicines, medical supplies, and food. Canada would do well to reflect on how much of our supply chain we seek from global sources – this is as much for economic reasons as it is for national security. A Canadian response to this very real issue must be dealt with on a sector-by-sector basis.

Finance experts answer viewer questions about coping during the COVID-19 pandemic including what supports are available for people still working, but with a reduced income. 3:13

This also applies to areas such as manufacturing, oil and gas, critical minerals, and food production, to name a few. In the long run, Canada — along with the rest of the world — is being challenged on our commitment to a global trading world. Hardly a small matter.

E-commerce and the buying habits of Canadians were already changing before the crisis. This pandemic has exponentially accelerated this behaviour and will make permanent changes to how all levels of consumers click and collect the goods they wish to buy. This is a good thing, and the disruption will create new opportunities in terms of the ways we work, educate, and provide care for Canadians.

And remembering how history repeats itself, there is reason for hope. In discussing the importance of the 2009 federal stimulus package, former finance minister Jim Flaherty said, “there will be some mistakes made, but it’s worth the risk to help the majority of Canadians during what is a serious recession.” That the 2009 package was implemented without policy or political headaches – save for a gazebo or two – is a testament to the dedicated public service that was aligned with political leadership.

That same dynamic is a critical success factor if the 2020 response is going to achieve its desired impact, and our collective thanks go to those who are working hard and working together.

As Canada rallies with our all-hands-on-deck response and governments start moving to reboot the economy, we should embrace the mantra of C.D. Howe. Prepare to be in this for the long haul, but also learn from our own history and use this opportunity to lead Canada into a new economic era.