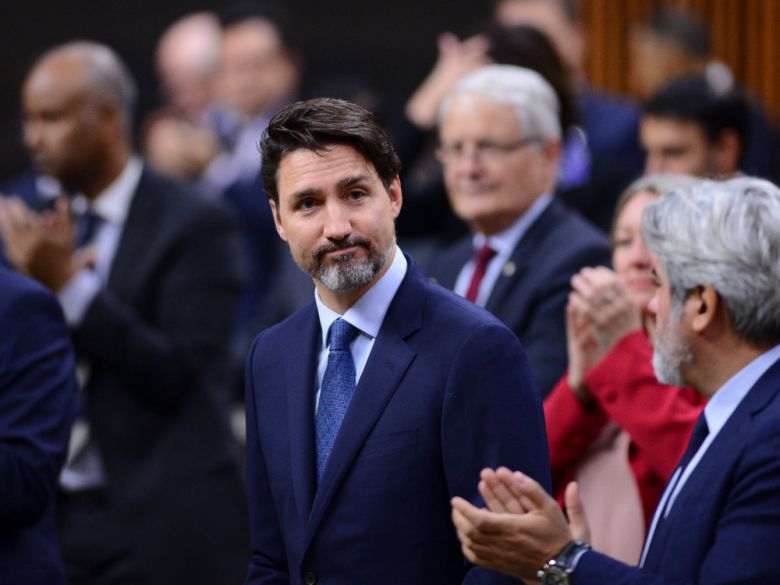 If one were to assemble a group of the most insidiously devious minds that this world has spawned (the Prof. Moriartys and Lex Luthors of the world) and ask them to devise the surest way to snap the bonds of Canadian Confederation, disenchant and alienate an entire productive region of the country, paralyze the nation’s transportation system and, while they were at it, deepen the rift with Canada’s Indigenous citizens, they’d report back in a heartbeat:  “Sorry, we can’t come up with anything that beats what you’ve already got — the present Trudeau government.”

Teck Resources’ announcement that it is shelving its proposed Frontier oilsands mine is a political earthquake. It is the capstone of this government’s anti-oil and anti-Alberta policies. It shows that the turbulence of the past three weeks is about to be surpassed by something larger.

The cancellation follows the West Coast tanker ban, the stalled Trans Mountain and the Coastal GasLink pipelines, the rejection of Energy East and the dense thicket of always swelling regulations, assessments, protests and court cases. Teck is the last of a dark chain of projects that have been scrapped or strangled, which has resulted in billions of dollars being chased away from the country and tens of thousands of jobs aborted, while the Trudeau government danced and chattered away with its useless crusade against carbon-dioxide emissions. Rarely, if ever, has folly been granted such total rein, and incompetence a wider playground.

We don’t have a government in Ottawa; we have an Instagram page with executive authority. And it is a disaster, not because it is Liberal, but because it is led by a dilettante playacting the part of prime minister. The events of recent days show him palpably fading in authority, presence and capacity.

We don’t have a government in Ottawa; we have an Instagram page with executive authority.

In the waning days of the SNC-Lavalin scandal, Trudeau was heard defending his interference with the rule of law by saying, “I will never apologize for standing up, fighting for Canadian jobs.” In what dream world was he inhabiting when he floated that boast? Say it out loud in Alberta today. Or Saskatchewan. Or say it to farmers or people in the forestry, construction or resource-development industries. They are all bearing the pain and carrying the cost of the government’s carbon taxes.

I hope the apology king has some apologies ready. He should apologize to the 7,000 Canadians who won’t get a job now that Teck is dead, to Canadian taxpayers for the billions in revenue the treasury will have to forgo from all the projects killed or chased away and for his obsession with global warming, which has fed the neglect, and even hostility, towards Canada’s industrial core.

There are some who, even in these early hours, are proclaiming that Teck’s announcement gets the Trudeau government “off the hook,” because now it doesn’t have to make the call over whether to approve the project. I would advise these thinkers to leave their burrows. This is the hook. There isn’t a single corner in this world — heck, they probably heard it in Senegal — that doesn’t know that Canada is now a place where investments go to die, where projects eagerly embraced become lost in some cavity of madly overzealous regulation, spend years getting revised and receiving additional conditions for approval, are mocked and slandered by busy climate cowboys and, after billions of dollars spent, simply go away.

Alberta Premier Jason Kenney was right when he said that, “The factors that led to today’s decision further weaken national unity. The Government of Alberta agreed to every request and condition raised by the federal government for approving the Frontier project, including protecting bison and caribou habitat, regulation of oilsands emissions and securing full (unprecedented) Indigenous support.”

So was former B.C. premier Christy Clark when she said, “The Teck decision is a terrible turning point. Like Energy East, they were forced by ludicrously weak and confused fed policy to withdraw. Who will invest in Canada now??” Yes, who?

In all of this, however, my mind turns not to the leaders of industry or government, but to those who do not spout off on Twitter or drape ugly banners from bridges or high buildings. I think of the men and women who are fresh from trade schools and colleges, as well as older workers who have faced hardships due to the economic downturn. These people keep seeing glimpses of possible employment on the horizon and get animated by the fresh hope that work is on the way, only to see another project die, another dance of victory from the environmentalists and the anti-oil professionals. The job of these climate zealots is to make sure that no one else can get a job. And their job will never be finished, as there will always be another proposal to stop.

Rabid environmentalists put a blowtorch to the hopes and dreams of thousands of Canadian workers every time. They are gloating about their victory over Teck as we speak. It is a strange, strange world that would allow the amputation of our prospects, and leave unemployed people to worry their days away, while leaders head to Paris, or Davos, or even Senegal to chatter about “transitioning.”

It’s time to take the pot off the stove. It is boiling over with a fury.

Canada: The Sensor: Raising Financing During Turbulent Times — Exploring For Capital In The Public Markets

Major company setting up a massive facility in Mississauga