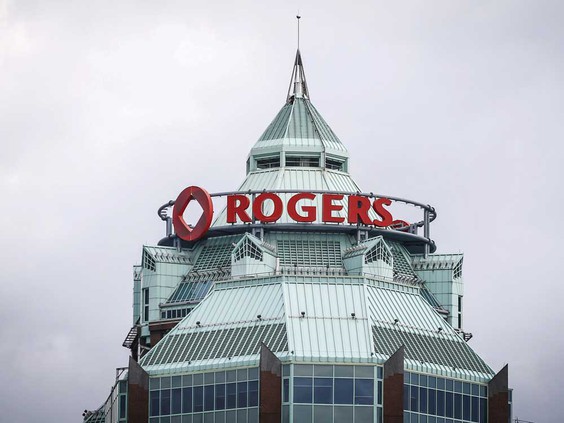 Rogers announced Monday it is offering $40.50 in cash per share for Shaw, a 69 per cent premium over closing price of Shaw shares Friday. Factoring in debt, the deal is worth $26 billion.

The purchase of the Calgary-based telecommunications company would give Rogers a bigger national footprint with deeper access to the West and a national wireline network, according to analysts assessing the transaction, while Rogers itself touted the potential for $1 billion in synergies.

“Western Canada is a major driver of our national economy and together we will have the scale, expertise and commitment to deliver the technology infrastructure needed to keep local communities connected, businesses competitive and attract new investment,” said Joe Natale, president and CEO of Rogers. “We are proud to join forces with the Shaw family and team.”

The deal, however, is likely to draw heavy regulatory scrutiny in part because Rogers will also be absorbing Freedom Mobile, which Shaw currently owns.

Rogers said Freedom Mobile customers will be safe from wireless price increases for at least three years after the deal closes, but it remains to be seen if that will be enough for regulators.

Adam Shine, an analyst at National Bank of Canada, said he is confident in Rogers’ ability to secure government approval.

“Rogers wants to get this deal done and appears prepared to address any remedies sought by regulators … let alone an outright sale of Shaw wireless,” Shine wrote in his note to clients.

One facet of the business regulators could tackle is the two companies’ wireless coverage, as both have presence in Western Canada.

Natale said he wouldn’t divulge the details of nascent talks between the company and regulators, but did say “we feel confident in our ability to strike a good and balanced regulatory outcome.”

Scotiabank analyst Jeff Fan said the transaction could be a boost for all players in the wireless sector, provided it goes through without major divestitures.

“We believe the transaction, as it is structured without any wireless concessions, is a positive for the wireless industry as it consolidates the number of wireless operators in Ontario, B.C. and Alberta from four to three,” Fan wrote in a note.

The focus for Rogers, Natale said, will be the ability to scale both the business and a 5G network across the country, as well as increasing connectivity and affordability for Canadians.

Some, however, question whether the deal will benefit consumers in the long run, given that there will be fewer competitors in certain markets.

“Rogers and Shaw will claim this is good for consumers, but it’s actually going to be very bad for consumers,” said Ambarish Chandra, an economic analysis and policy expert at the University of Toronto.

“There will be less competition in the wireless and cable internet markets in Canada. Rogers and Shaw will each have less future competition to worry about. It’s absolutely not going to be good for consumers,” Chandra said, despite potential innovation in the 5G space.

The deal will see the head office of the merged companies remain in Calgary and an additional 3,000 jobs will be added in Western provinces, Rogers said.

As part of the deal, Shaw CEO Brad Shaw will take up a seat on Rogers’ board of directors and the Shaw family will pick an additional director to sit on the board.

Shaw said he sees the deal with Rogers as a natural fit, as the two share similar values when it comes to affordability and ensuring extensive network coverage Canadians can access.

“Together, the new company will expedite the delivery of critical 5G service to customers across western Canada, from rural areas to dense cities, more quickly than either company could have achieved on its own,” Shaw told callers.