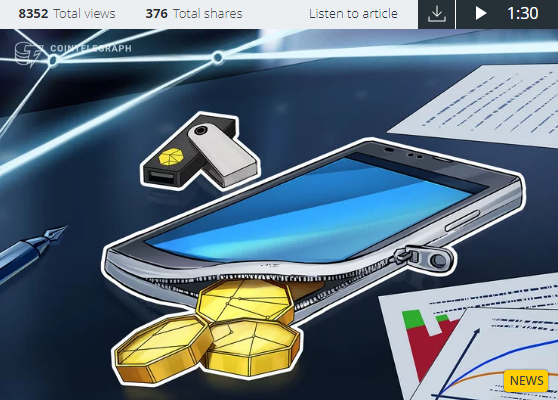 Per the report, the crypto and blockchain-related functionality included in the Samsung S10 will be included in other Galaxy smartphone models. The electronics producer also reportedly plans to cooperate with telecommunications companies on blockchain-based mobile identification cards and local currencies.

“We will lower barriers to new experiences by gradually expanding the number of Galaxy models that support blockchain functions. We will also expand our service target countries after Korea, the United States and Canada.”

As Cointelegraph reported at the end of February, the new Galaxy S10 series smartphonesreleased by South Korean tech giant Samsung will apparently have wallet functions for ether (ETH), bitcoin (BTC) and two other tokens.

At the end of April, an anonymous source told to a crypto industry news outlet Samsung may end up developing a public-private blockchain complete with its owntoken.

And this week, HTC also announced a low-cost version of its blockchain smartphone would appear around Q3 2019 with a full BTC node, as well as in-wallet ERC-20 token swaps.