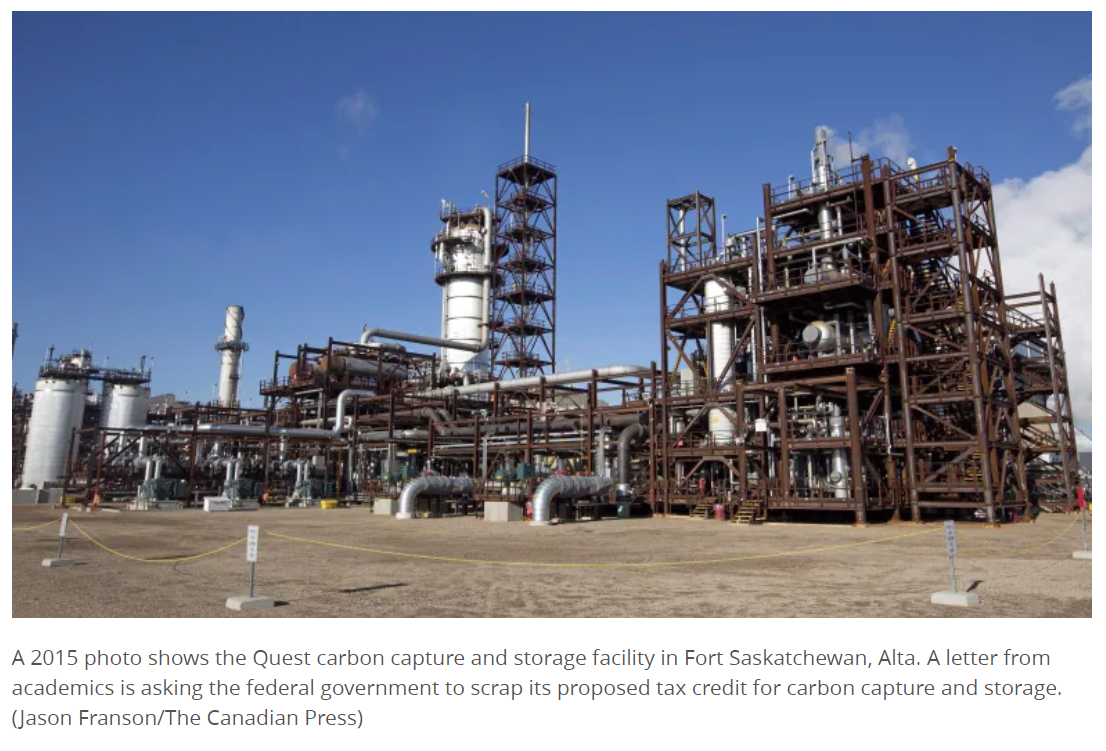 More than 400 Canadian climate scientists and other academics are pleading with Finance Minister Chrystia Freeland to scrap her plan to create a tax credit for companies that build carbon capture and storage facilities.

Freeland floated the idea of the tax credit in last year’s federal budget and consultations to design it ended just before Christmas.

A letter sent to Freeland Wednesday asks her to ditch the idea altogether, calling it a massive subsidy to the oil and gas industry that directly contradicts Canada’s pledge to eliminate such subsidies and reduce greenhouse gas emissions.

University of Victoria geography and civil engineering professor Christina Hoicka is the lead signatory on the letter and says carbon capture and storage is expensive, unproven and would prolong the use of fossil fuels rather than work toward replacing them with clean energy.

Carbon capture, storage and utilization systems trap and isolate carbon dioxide emitted mostly from large-scale industrial operations and then either permanently store it deep underground or use it to help produce more oil.

Freeland has made clear only projects that permanently store the trapped carbon dioxide would be eligible, but the academics want her to go further and limit its use only to industries that have no other options for reducing emissions and not allow fossil fuel, plastic or petrochemical companies to qualify for it.

How advisors are positioning portfolios amid rising rates