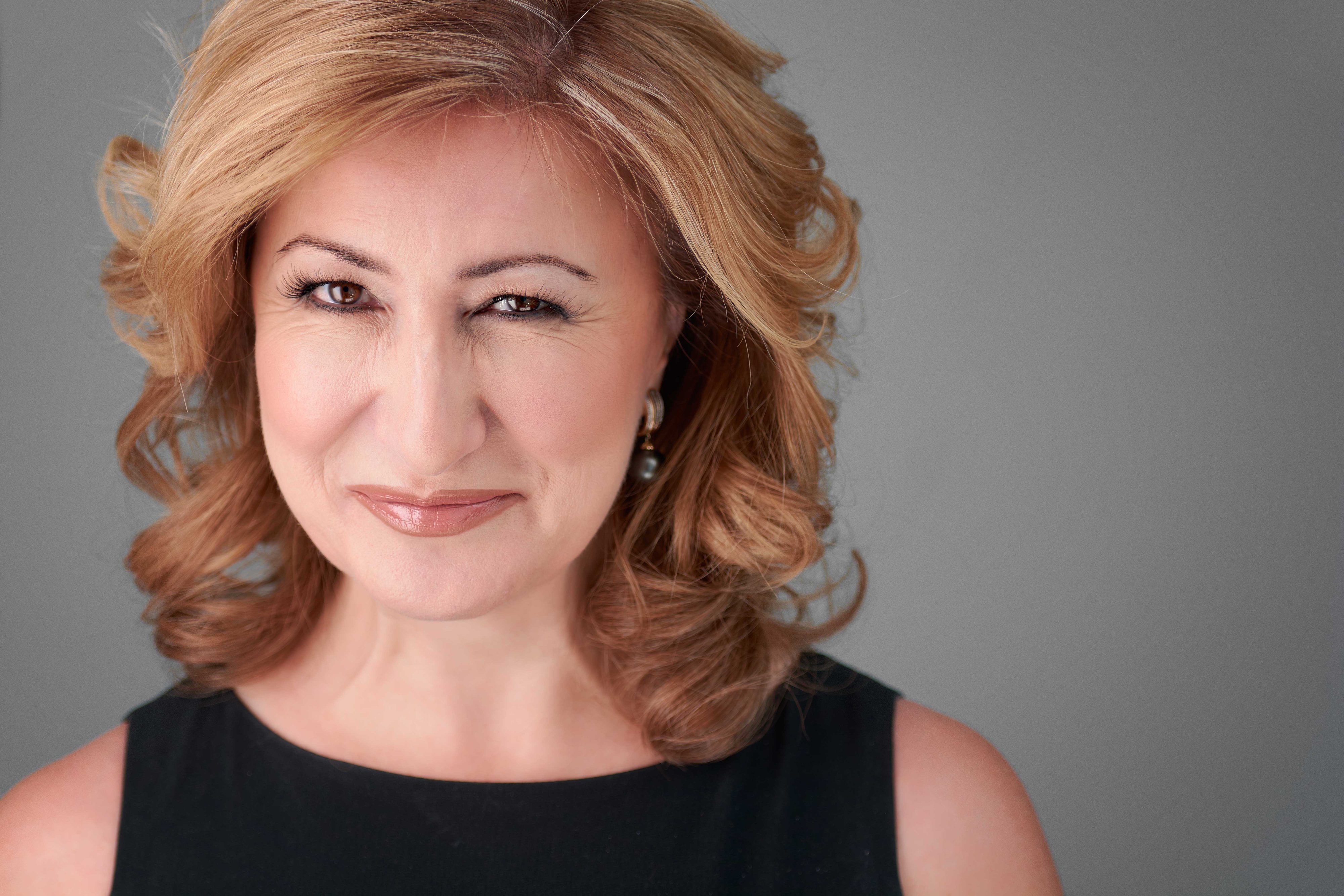 As trite at it may sound nowadays, the quote “skate to where the puck is going” still rings true if one wishes to be truly successful in the industry. Serial entrepreneur and fintech innovator Laurie Clark is a testament to that.

Clark has made her mark in finance and technology, two of the most male-dominated industries. Her extensive experience as a finance professional has equipped her with the right tools to set up several groups including the Global IT and Trade, Smarten Up Institute (SUI), and Canchek Corporation.

PCMA spoke to Clark to find out more about her beginnings in the industry. In this interview, she shares the story behind the Smarten Up Institute and its role in raising standards for capital markets in Canada. She also shares her thoughts about how women can shatter the glass ceiling and rise up the ladder.

PCMA: How did your career in financial services start? What led you to this path?

CLARK: By accident.  My first “real job” was working in foreign affairs in the Republic of Korea, where I learned that diplomacy was a word that did not mean diplomatic.  Instead, I learnt that influencing and deal-making was important – the best lesson for my future career.

I found I was good at influencing and negotiating – and also spotting opportunities, and so when I returned to Canada, I was asked to take the reins as head of our family’s granite manufacturing business.  That’s where I learnt the important aspects of business: how to read financial statements, HR, writing a contract (it’s an art), dealing with customers and other critical business skills.

After winding down the company, after a good 75-year run, because we couldn’t reliably find people with the time-honoured skillset we needed, I looked for something completely different.  Friends suggested the brokerage industry because of my business skills, but I didn’t want to be a broker. I was first hired by CIBC Wood Gundy and my experience in both the public and private sectors led to increasing senior management roles globally, including working for RBC DS, IBM, Broadridge Dataphile, Penson Financial Services, as well as heading my own consulting company, and starting new ventures – Smarten Up Institute and now along with amazing colleagues, Canchek Corporation.

PCMA: Bring us back to 2008 when you founded SUI. How do you think it changed the landscape of the financial community?

CLARK: To be really successful, as Wayne Gretzky’s dad said, you’ve got to “skate to where the puck is going”. I’ve always been fascinated by change and as exchanges and the values of companies were nose-diving in September 2008, I got on a plane from New York City and asked myself “When will we smarten up?” Not in a finger-wagging way, but in the sense of how can we get smarter about the businesses we are in.  This was the seed from which Smarten Up Institute grew.

It was not set up as competition to the Canadian Securities Institute and IFSE duopoly of basic entry-level training, because I believed we couldn’t just keep on doing what we had been doing or we’d end up exactly where we were in 2008.  Education that didn’t get into the whys and hows might lead to a certificate, but was it education? Or did it lead to a false sense of education?

SUI’s first courses were on the details of liquidity, treasury, margin, and technology… real risks.  Our target clients were NOT new industry entrants – although they were more than welcome – it was the higher-ups: the decision-makers and their advisors (lawyers registering new companies in Canada; accountants auditing financial firms). As David Johnson, formerly Canada’s Governor General, said, it was not just bankers (not Canadian ones thankfully) that had been the cause of the 2008 crisis, it was equally the lawyers and accountants who had prepared and blessed the paperwork.

While education is good, anyone looking for real education should research the providers and what differentiates them.  If ads say they are run by industry professionals, who are the professionals? Have they or their former companies been sanctioned? How often are their courses updated?

This is how I think SUI has changed the industry – or at least that part of the industry that I deal with.  Remember the word “sub-prime”?  Not understanding the basis of algorithms and risk models, and the effects and unintended consequences of regulatory action, are important aspects of what led to the 2008 financial crisis. SUI focuses on delivering understanding, not just knowledge – yes we have more than 150 courses, eight designations, the ETF licensing course and the ability to licence executives FAST. But the true differentiator? It’s in using technology to our advantage – we built our SmartDirect® system to ensure real-time updates to all content… and to drive revenue for the customer – a true disruptor – eliminating the ‘cost of education’.

SUI’s edge is a core team bringing in all aspects of the business – front, middle and back office – and we’re leaders in technology.  That means we’ve already incorporated the latest regulatory changes by the time new rules have completed the regulatory process.  People and companies in the industry, including lawyers, accountants and regulators – know they can get usable information and training on demand – like the “FastTrack to Licensing” for companies that need their exec’s licensed immediately in Canada.  This kind of technology, service and affordable access was not available before.

PCMA: Do you believe that a glass ceiling exists and hinders women from getting opportunities in the financial services industry?

CLARK: Yes. While I’ve made my mark in two traditionally male-dominated worlds – technology and financial services – in Canada and abroad, it’s been hard.  As I transitioned among different roles in the investment industry (dealers, exchanges, service providers, technology companies, and a securities regulator) …

But I don’t really see myself as having broken through the glass ceiling.  Like Captain Kirk when he reprogrammed the test that deals with defeat and death, the “Kobayashi Maru, I too went around the rules and “the ceiling” instead. I started my own business, and then another and another.

PCMA: What do you think women should do to break through?

A swear word is a bad word; “aggressive” is not.  If the word “aggressive” scares some women, then at least they have to be clear on what they want, and decisive when making comments – and backed with facts – without hesitation.

Another approach is to look for women that support women – sadly, this has not always been my experience. So in all my jobs, I made sure I looked for and promoted qualified women.  And when I created the Top Under 40 award, I made sure women candidates were put forward; and even those women who didn’t win had their name and bio out there.  Blowing your own horn helps.

Women must build trust and network.  I still see some women who feel uncomfortable in networking and all I can say is start slow – join some professional or industry associations and LinkedIn groups, go to industry events, and practice – even if it is just starting up a conversation with someone on the go or at your gym.  Look for organizations that provide mentors for women, but never neglect male colleagues, bosses and friends. My greatest support in business came from men who recognized talent and promoted it.

Another thing that may surprise many: volunteer to do minutes or notes for a meeting or committee.  It will help you remember details and actions and it helps ensure transparency – transparency helps avoid backroom deals – and it can control the tone and timber of the message; and the process can help break down the “old boys club” by guiding the minutes’ message.

PCMA: If you were not working in this industry, what would you be doing now?

CLARK: First, even working in the industry, people can – and should – do more than one thing. People in this industry have been blessed with interesting and often well-paying jobs and they should give back.  I’ve been able to do so in the industry by creating bursaries, internships, mentorships and the Top Under 40 Award, and outside the industry through my role as Chair of Ability Online, the very first online social network for youth with disabilities to connect to each other and the world around them; ongoing support for women’s shelters; finding real jobs in the financial industry for vets transitioning to civilian life; and most recently helping establish a palliative care hospice in Toronto.

Second, and kidding aside, I always wanted to be a lawyer because I believe that at least the intention of the law is pure, and because I love logic and debate.  In 1968, two people described as the “Best of Enemies” – Gore Vidal and William F. Buckley – mounted a series of truly riveting nationally-televised debates that helped people understand the battle between liberalism and conservatism at a key and difficult time in American history – the Vietnam War, race riots, and so on.  Now, what do we have in terms of public discourse?  Sound bites and tweets. We cannot make decisions in a democratic country based on these, let alone ones that are spurious.

Abraham Lincoln said: “As a peacemaker, the lawyer has a superior opportunity of being a good man; there will still be business enough.”  I believe that there is business enough, and that there is money to be made in ethical ways. And maybe that’s why ultimately I believe in Canchek – it’s an ethical and good way to make money and serve the financial and capital markets.

More corporate meetings to go virtual after success during pandemic