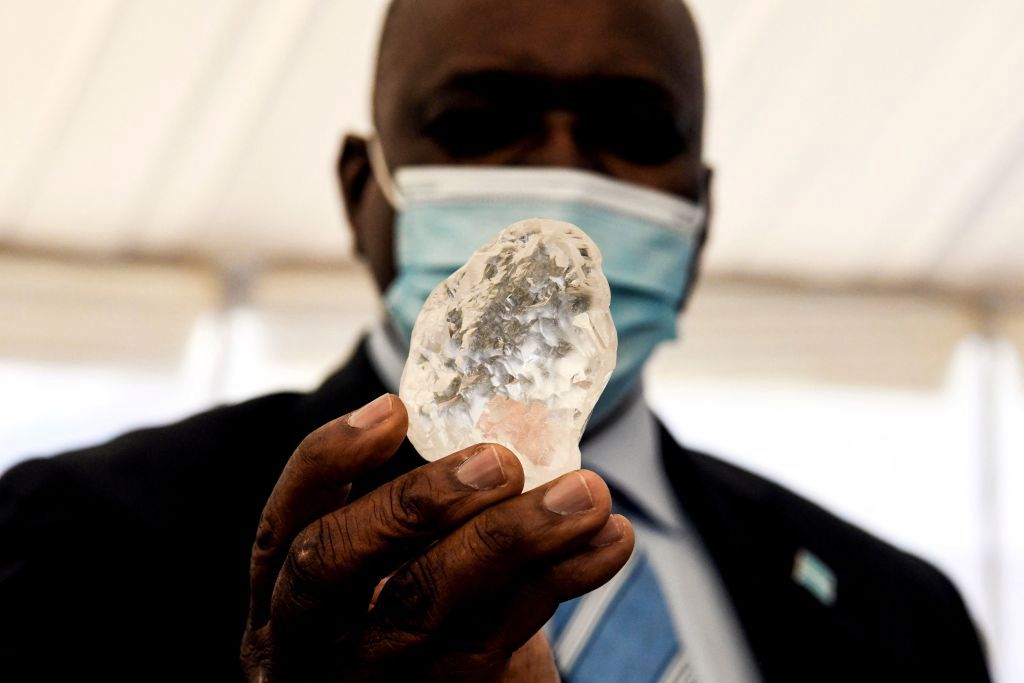 Miners in Botswana have unearthed a massive diamond said to be the third-largest ever found, in a major boon for the country’s joint mining operation with De Beers.

The gem-quality diamond weighs a whopping 1,098 carats, making it just a few carats shy of the largest diamond ever found in Botswana.

The Debswana mining company found the diamond on June 1 and showed it off with Botswana President Mokgweetsi Masisi on Wednesday.

“It is believed to be the third-largest gem-quality find in the world,” said Lynette Armstrong, managing director of Debswana.

The “rare and extraordinary stone … means so much in the context of diamonds and Botswana,” she said. “It brings hope to the nation that is struggling.”

Debswana is a joint venture by the De Beers diamond giant and the government of Botswana, which is home to the largest diamond-mining operations in Africa. This gem is the largest that Debswana has ever found.

The uncut diamond appears to be roughly the size and shape of a computer mouse, photos show. It also resembles the Infinity Stones sought by the evil Thanos in Marvel’s Avengers movies, though it (likely) won’t give you any cool powers if you buy it.

The largest diamond ever found was the Cullinan, a 3,106-carat rock taken from South Africa in 1905. The diamond was presented to British King Edward VII and cut into several smaller (but still huge) gems that are now part of the monarchy’s Crown Jewels.

The second-largest specimen was a 1,109-carat diamond found in Botswana’s Karowe mine in 2015. The cut gem, dubbed the Graff Lesedi La Rona, sold in 2019 for US$53 million.

It was not immediately clear how much the diamond is expected to sell for once it’s been cut.

How Canada plans to open up: Provinces outlining plans to ease COVID-19 restrictions