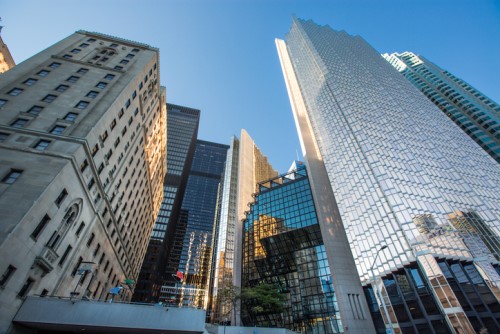 Market watchers deem it necessary for Canada to look forward and prepare for a life without NAFTA, with pessimism clouding the fate of trade pact.

To recall, Canadian Prime Minister had a meeting with US President Donald Trump where the latter mulled over killing the three-country pact to make way for a bilateral agreement with Canada instead.

According to a report from CBC, Trudeau visited Mexico after the appointment at Washington and held a joint media event with Mexican President Enrique Pena Nieto. The Canadian prime minister said enhancing NAFTA was the best way to improve the lives of North Americans.

Trudeau reassured that despite the uncertainty of the negotiation process, Canada would remain on the table.

However, Trump’s remarks are seen by members of the government’s NAFTA advisory panel as a real threat.

“If you look at President Trump, if you look at the sweep of what he’s done so far as president, he’s had very little success at proactively gaining things, but he’s had an actual success at taking things down,” Conservative cabinet minister James Moore said in an interview with CBC News Network’s Power & Politics.

For NDP trade critic Tracey Ramsey, such threats are more than just discouraging and confirm that the US is not in negotiations in good faith.

“I’m concerned that this is all for some type of show. When we hear the president, sitting next to the prime minister, say that he isn’t confident that we can get a deal, it reinforces that,” she said.

Ramsey noted that Canada might be wasting its time and resources in its efforts to renegotiate the deal.

Is there a reason to be hopeful? Jerry Dias, head of Canada’s largest private-sector union UNIFOR, said serious talks about life about NAFTA should already start. He noted that Canada will survive even without the said deal.

“We have a heck of a lot to offer the global scale … we are a nation that’s rich in natural resources and raw materials,” Dias said. “Canada’s not shooting from a position of weakness here at all.”

In a separate report from The Star, Trudeau said he remains optimistic with the renegotiations.

Meanwhile, Finance Minister Bill Morneau also has the same optimism when asked about the issue. “There’s a path to be optimistic here and, you know, maybe he’ll come around,” he said, referencing to Trump. “I’m of the view that over the long term because the trade has been so beneficial for everyone, that we will get through periods of question.”