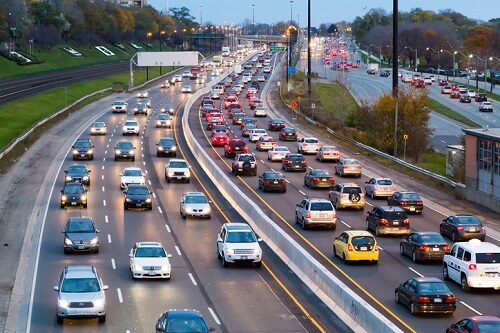 Minister Justin Trudeau’s carbon tax legislation has been brought into the limelight once again, as  several studies have revealed how costly it would be not just for businesses but for households.

In a commentary on the Financial Post, Fraser Institute senior director of natural resource studies Kenneth Green said households in Alberta, Saskatchewan, and Nova Scotia will have to bear over $1,000 of carbon tax annually to comply with the $50-per-tonne carbon tax Ottawa has mandated for 2022. Meanwhile, homes in Newfoundland, Prince Edward Island, and Ontario will pay around $700 to $963 in carbon tax once it is fully implemented.

Green cited a report by University of Calgary economics professor Jennifer Winter, which was presented to the Senate Standing Committee on Energy, the Environment and Natural Resources.

“But it gets worse since most experts say carbon prices must continue to increase sharply to effectively lower emissions. At $100 a tonne, for example, households in Alberta will pony up $2,223, in Saskatchewan they’ll pay $2,065 and in Nova Scotia, $2,240,” Green said. “In fact, at $100 a tonne, the average price for households in all provinces is well north of $1,000 per year.”

He also noted that there are a significant number of households already considered under “energy poverty” – households where energy spending exceeds 10% . 19.4% of Canadian households devoted more than 10% or more of their expenditures in 2016.

In Greens’ view, carbon taxes were envisioned under a false assumption – that economists would be able to structure carbon taxes in a way that will help lower emissions without resulting in too much of a drain on the economy.

“One could design a carbon tax that’s revenue neutral, that supplants carbon-limiting regulations, that starts at the social cost of carbon, properly deflated for the cost of raising funds and the discount of the future value of funds,” he said.

“That model is well established, but that’s not how we implement carbon taxes in Canada. Here, carbon taxes have become simply a tax-and-spend model that lets governments spend ever more trying to pick winners and losers in the energy sector.”

In a separate report on CBC News, a provincial study commissioned from the University of Regina revealed that the implementation of a carbon tax could reduce Saskatchewan’s gross domestic product (GDP) by almost $16 billion by 2030.

The study projected that in the most conservative scenario, Saskatchewan would lose $1.8bn annually.

A separate think piece by Canadians for Affordable Energy writer Mark Milke on Financial Post said imposing a carbon tax would result in businesses losing interest in Canada and fleeing to nearby U.S. states.

“Raise carbon prices to punitive levels and businesses would flee to American states and other countries where they do not face any carbon pricing. That means world emissions would just continue to rise even as Canadian jobs disappear,” he said.