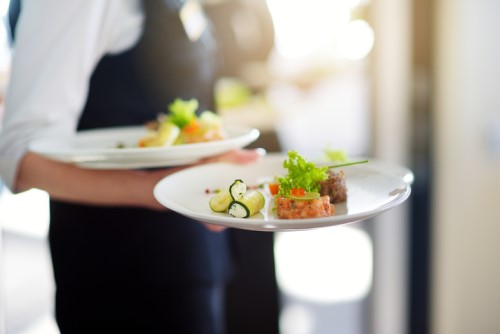 While the increase in minimum wage is something workers might celebrate about, it is entirely different for small business owners which are scrambling for ways to cut costs to cover the additional pay. This is particularly true for restaurants who are feeling the pinch more than others.

The minimum wage hike, which took effect on 01 October, saw the hourly pay of Albertans jump from $13.60 to $15 per hour. This has been the third pay hike introduced by the NDP government since 2015 when the rate was $10.20 per hour.

In a 10/3 podcast episode, Edmonton Journal food reporter Liane Faulder said some restaurants have been struggling to keep up with the pace of wage hikes due to slim margins.

“The restaurant industry does have notoriously slim margins. If you look at, say, the pretax profit margin on all industries across Canada, StatsCan puts that at 8.9%,” she said, “If you break that down for restaurants and the retail sector it is 3.4%. In Alberta, the ave. restaurants are doing well if they are making about 4% pretax profit. It’s just that margins are very slim. Any increases make it tough.”

Faulder argued that the timing of the wage hikes also poses a problem since it was only a few years when Alberta had the biggest recession since the 1980s. For many businesses, the bounce back from the slump has been quite slow.

Some struggling restaurants have devised ways on how to limit the impact of the succeeding wage hikes by adjusting prices, cutting back on hours for some staff, increasing the sizes of sections, and eliminating dishwasher for certain shifts.

For restaurants on the higher end of the spectrum, coping up is easier as they have bigger wiggle room to adjust the prices up, Faulder said.

The wage hike is also affecting the tips. Faulder said she was able to talk to some restaurant owners who heard from servers that people are tipping less.

Meanwhile, Faulder said the no-tipping model and enforcing gratuity on bills will not work in this case.

“There have been people in Edmonton who have experimented with no tipping but it has not proven successful,” she said.

For Faulder, restaurants would have to adopt a different business model in order to keep up with the rising labour costs, like opting for less table service and more counter service.

“You’ll see more of that going forward for sure,” she said.

Minimum wage workers make up a large portion of the economy. A common misconception is that only part-time student workers or those in entry-level jobs earn the minimum hourly pay. Citing figures from StatsCan, Faulder said 16% of those making minimum wage are actually working the same job for five years.

In a separate report on the Global News, Calgary Chamber of Commerce director of policy and government relations Zoe Addington said Alberta’s 47% increase in three years is too much and is actually hurting a recovering economy- especially in the hospitality and retail sectors.

“Businesses are saying [for] $15 an hour they want someone with skill. Unfortunately, those impacts are real, we have heard from businesses, yes, they are laying people off, they are reducing hours and it is impacting often the people the policy is intended to help,” she said.

Flight issues? What you need to know about compensation

Crypto: SEC regulators are leading ‘a turf battle’ against operators