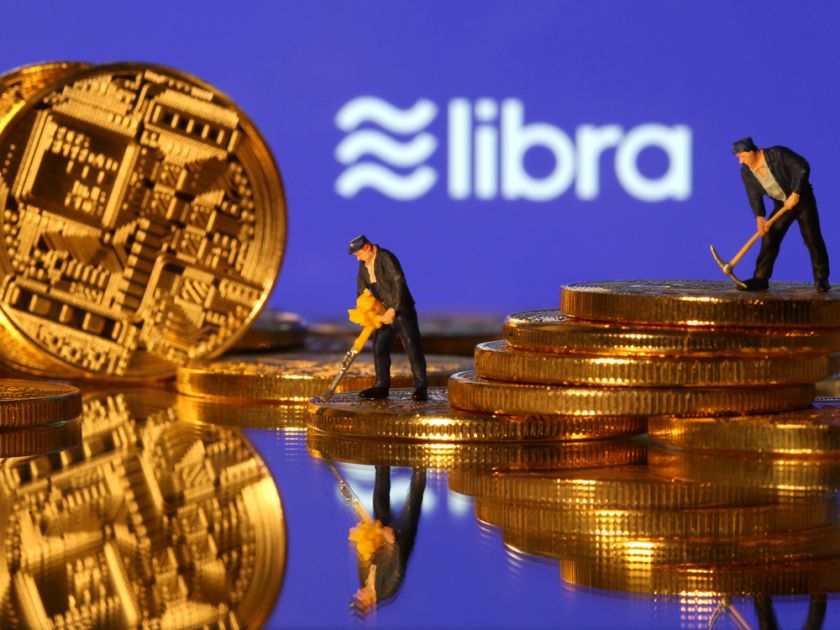 LONDON — Bitcoin hasn’t been the only casualty of the backlash by the world’s major economic powers against Facebook’s plans for a cryptocurrency, with smaller digital coins also feeling the burn.

Bitcoin has slumped around 30% from 18-month highs of nearly $14,000 touched after Facebook’s move, following a growing chorus of concern among regulators and politicians from the United States to Europe at the social media giant’s plans.

And the so-called altcoins have fared even worse.

The second-biggest coin Ethereum has slumped by nearly half. The third largest, Ripple’s XRP, is down by around 40%, while Litecoin and Bitcoin Cash have slumped by 40% and 42% respectively.

On Wednesday, G7 finance chiefs cast a cloud over prospects for Facebook’s Libra digital coin, insisting tough regulatory problems would have to be worked out first.

The Bank of Japan governor said a G7 task force looking at cryptocurrencies like Libra would likely grow to include a broader range of regulators beyond the bloc.

Facebook faced in the U.S. more questioning by lawmakers after a bruising first bout on Tuesday, when senators from both parties condemned the project.

Price moves for smaller coins have been closely correlated with their bigger cousin through crypto’s first decade, even as altcoins seek to gain prominence among investors and real-world usage.

After Facebook unveiled its Libra cryptocurrency, bitcoin soared as much as 55% in just nine days as investors bet the social media giant’s gambit would herald mass adoption of cryptocurrencies. The top four altcoins also soared, climbing between 10% and 33%.

“When things are going up bitcoin tends to outperform and when crypto goes down the altcoins tend to take larger losses,” said Mati Greenspan, an analyst at eToro.