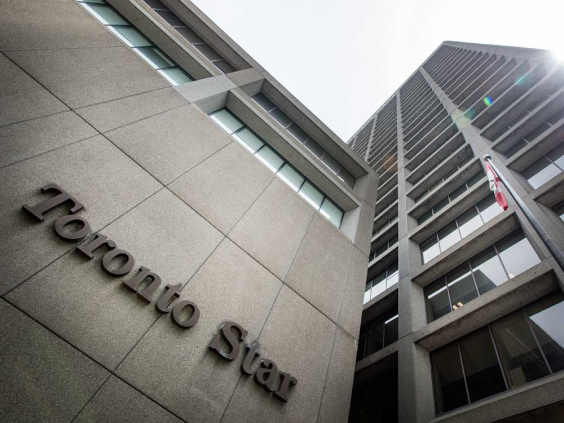 Torstar Corp. shareholders Tuesday voted in favour of a $60-million bid by NordStar Capital LP to acquire the company, paving the way for one of Canada’s largest newspaper groups to be taken private after being owned by five founding families for more than 60 years.

The acquisition by NordStar, a company founded by tech entrepreneur Jordan Bitove and former Fairfax Financial Holdings Ltd. executive Paul Rivett, concludes a weeks-long saga involving a rival bid that had come in for the media giant, one as late as Monday night.

Canadian Modern Media Holdings Inc., had submitted a second cash bid, this time for 80 cents per share, for Torstar on Monday, which was swiftly rejected by the company’s board of directors who were unhappy with proposed terms of the acquisition.

NordStar’s initial proposal was valued at 63 cents per share in May. CMMH made a rival 72-cent bid in early July, but NordStar countered with a 74-cents per share offer on July 11.

“Prior to entering into our agreement with NordStar last week, we urged CMMH to put forward its best proposal. Specifically, we asked them to increase the cash component. They declined to do so,” said Torstar chairman John Honderich in a statement Monday.

“It was only after the higher deal with NordStar was publicly announced that CMMH suggested it would have increased the cash component to 80 cents.”

The media company, like many other legacy newspaper groups across North America, has been struggling to build advertising revenue, even on its digital side, as tech giants such as Facebook Inc. and Alphabet Inc. have effectively eaten up most of the advertising dollars that would have traditionally gone to media outlets.

The pandemic has exacerbated this dynamic — in April, Torstar laid off 85 staff, and slashed executive pay even as readership was rising due to the interest in COVID-related news.

In a recent interview with the Financial Post, incoming owners Bitove and Rivett appeared unfazed by the state of the media landscape in Canada, and emphasized that Torstar needed a more “patient approach” and a “longer timeline of someone that can look after it for maybe three to five years.”

Canada: How Private Equity And Venture Capital Funds Can Weather The COVID-19 Crisis