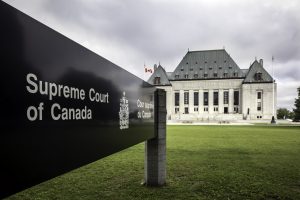 Canada is one of the only industrialized countries in the world that does not have a national securities regulator. Instead, it has a nationwide patchwork of thirteen securities commissions – one for each province and territory. The reason for this patchwork is Canada’s Constitutional division of powers between the federal and provincial governments. Because of their jurisdiction over property and civil rights and matters of a purely local nature, the provincial legislatures have the authority to legislate in respect of the securities trade within their respective borders.

Despite more than 80 years of attempts to centralize and standardize Canadian securities regulation, all past proposals to create a national securities regulator have failed to pass constitutional muster. The most recent failed attempt was rejected as unconstitutional by a unanimous Supreme Court of Canada in 2011’s  Reference re Securities Act.

As a result of a decision released this week by the Supreme Court of Canada in Reference re Pan-Canadian Securities Regulation,  that has all changed. In the most recent decision, the Court considered a cooperative proposal in which the federal government proposed a pan-Canadian securities regulation under the authority of a single regulator that provinces can choose to opt into by passing their own legislation to adopt the national regulations and national regulator. Several provincial / territorial authorities have already signed on to this national regulatory framework, in particular, Ontario, British Columbia, Saskatchewan, New Brunswick, Prince Edward Island and Yukon.

Kenneth Dekker, a partner of the firm, is a successful trial and appellate lawyer who is valued by his clients as a resourceful and practical litigation counsel.

Ken has appeared before all levels of courts in Ontario, including the Ontario Court of Justice, the Superior Court of Justice, the Divisional Court and the Court of Appeal for Ontario, as well as before the Supreme Court of Canada. Ken also represents and advises clients in regulatory matters before the Investment Industry Organization of Canada (IIROC), the Mutual Fund Dealers Association of Canada (MFDA) and the Ontario Securities Commission (OSC).

Ken has been recognized for Corporate and Commercial Litigation by Best Lawyers of Canada and has been given the highest available rating of AV, or pre-eminent, by his peers on Martindale-Hubbell.