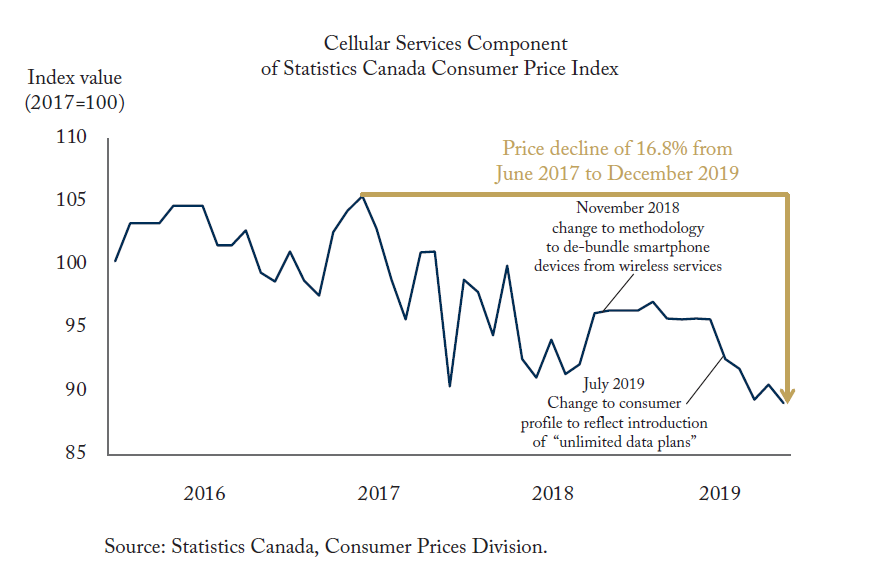 In the recent Mandate Letter, the Prime Minister directed the Minister of Innovation, Science and Industry to “reduce the average cost of cellular phone bills in Canada by 25 percent” and “expand mobile virtual network operators (MVNO) in the market.” MVNOs do not operate wireless facilities themselves but purchase access from operators of wireless facilities that is then resold to retail wireless customers. The ongoing price decline in wireless services is at the centre of the present debate around the federal government’s aim to further reduce consumers’ cellular phone bills.

This index compiles all costs associated with the services of a cellular device in a given period. As explained by Statistics Canada, the services included in the cellular services component have evolved with Canadians’ changing consumption patterns. Since cellular plans are typically discontinued rather than modified, this index tracks several representative profiles for Canadian wireless consumers.  These profiles are updated regularly with shifts in market share or new services.

Investment fund charges should be included in fee summaries: report