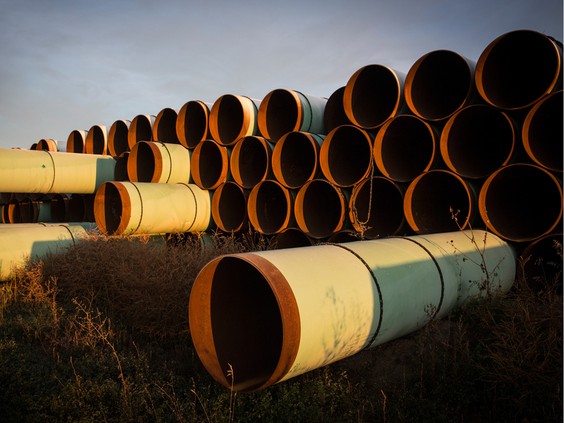 TC Energy opened more than 5 per cent lower on the Toronto Stock Exchange. Biden reportedly plans to quash the US$8 billion project as one of his first acts as president.

The stock quickly pared losses, however, to trade down 3.6 per cent at $54.54 in Toronto, underlining how some of the impact was already priced in by investors. The project has endured numerous setbacks, including Biden repeatedly signalling he would cancel KXL’s permit if elected.

KXL is intended to carry 830,000 barrels per day of oilsands crude from Alberta to Nebraska but has run into fierce opposition from U.S. landowners, tribes and environmentalists.

RBC Capital Markets analysts said investors would be watching closely to see whether TC Energy abandons the project altogether or reapplies for permits.

“We believe the market will view TC Energy walking away from KXL as the best outcome for the stock, particularly as we think the stock currently reflects little, if any, value for KXL,” RBC analyst Robert Kwan wrote in a note to clients.

Biden’s rejection of KXL may be a setback for his relationship with Prime Minister Justin Trudeau, whose government has urged the president-elect not to halt construction. KXL was first proposed 12 years ago, when the oilsands looked to rapidly outgrow export pipeline capacity.

U.S. Gulf refiners have turned increasingly to Canada in the past year, with output dropping off in Venezuela, another heavy oil producing nation.

You can still nominate for 2018 PCM Awards