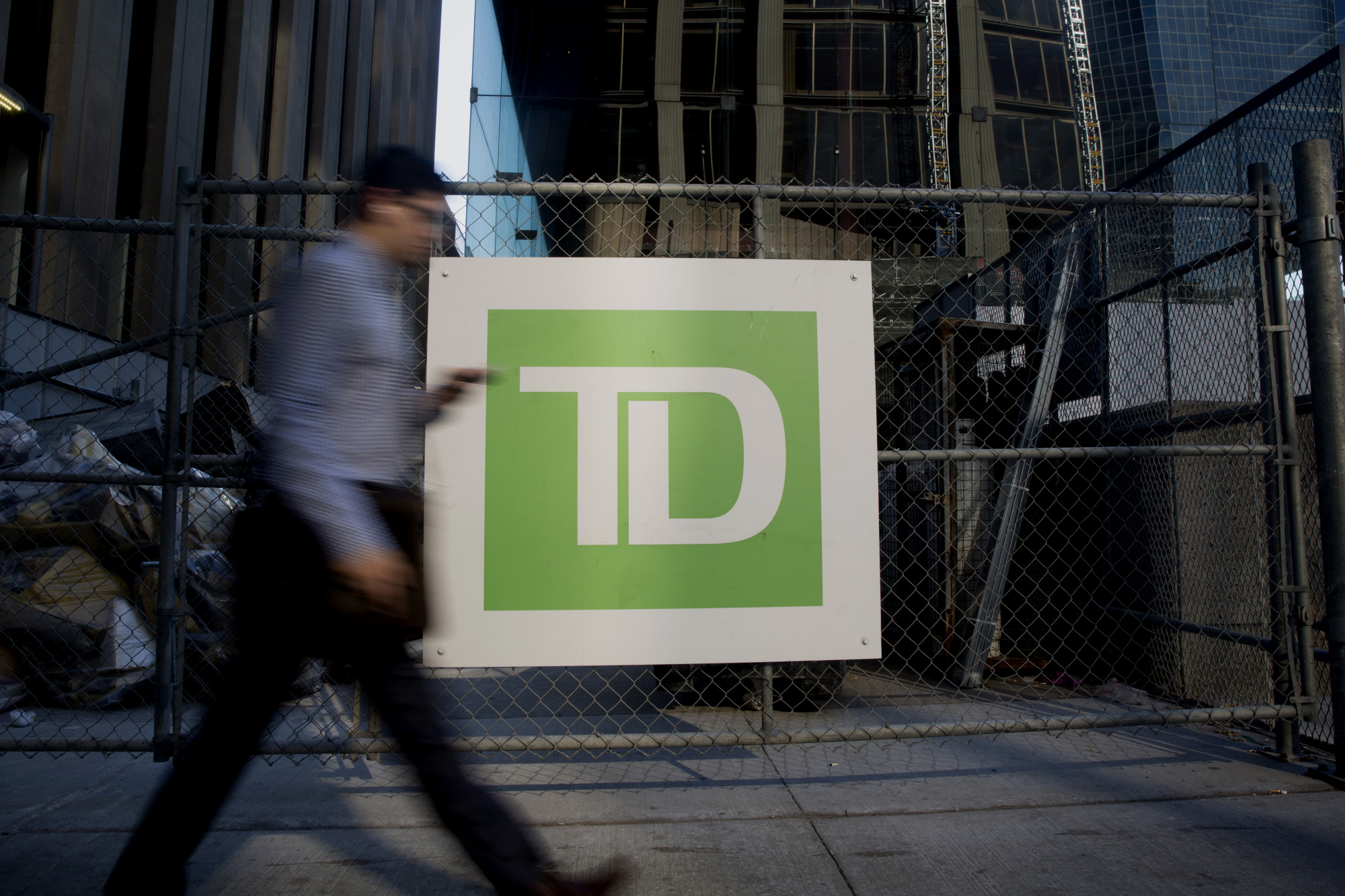 A commuter walks past a sign for Toronto-Dominion Bank (TD) in the financial district of Toronto, Ontario, Canada, on Thursday, June 30, 2016. Photographer: Brent Lewin/Bloomberg

Toronto-Dominion Bank raked in orders more than three times the offered size for the largest euro-denominated bail-in bond out of Canada yet in a fresh sign of the strong international investor demand for debt issued by the country’s lenders.

Canada’s second largest bank by assets received more than 4.5 billion euros ($5.2 billion) of orders for 1.5 billion euros of five-year bonds, which were marketed in the area of 40 basis points above the mid-swaps rate, according to data compiled by Bloomberg. The deal was priced at a spread of 38 basis points.

International investors held C$735.8 billion, or 39 percent, of debt securities issued by Canadian financial corporations, according to Statistics Canada as of the end of the year. Non-resident investors have added C$279.8 billion of the securities since the start of 2015, while domestic investors, which held C$1.17 trillion of the debt at the end of the year, increased their holdings in the same period by C$83.2 billion.

— With assistance by Maciej Onoszko

What the U.S.-Iran spat means for financial markets and gasoline prices in Canada