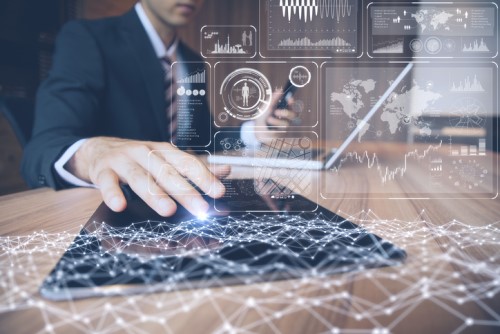 Canadian technology investments are on a roll lately, taking advantage of the booming demand for e-commerce and office software from the United States.

Bloomberg reported that Canadian technology stocks were able to trade near decade-highs, with the S&P/TSX Composite’s technology index gaining 23% so far this year, outpacing the 6.1% growth recorded by its closest competitor, industrials.

In the benchmark equity index, technology has a 4% weighting, its highest since the 4.2% it achieved in 2009 when Blackberry took the smartphone market by storm.

E-commerce giant Shopify is taking the lead amongst technology stocks, recording a 62% gain this year. It is followed by Mitel Networks Corp, which is being pursued by a British private equity firm. Constellation Software and Kinaxis also posted solid growths.

Commenting on this phenomenon, CIBC World Markets analyst Todd Coupland told Bloomberg: “Those businesses are growing faster than the average company and it’s attracting investment. Whether it’s e-commerce or social or enterprise cloud, those are all very well-established trends and look to have significant possibilities.”

“We believe the passage of US tax reform and the associated surge in US growth are likely the main driver,” Belski said in a note, adding that this should continue despite the volatilities surrounding the North American Free Trade Agreement (NAFTA).

However, there are other industry experts who expressed worries about the performance of these technology companies. One of them is Fidelity Canada Asset Management portfolio manager Mark Schmehl.

“When I think about technology, I think of innovative companies doing new things. Shopify qualifies, but it is the only public Canadian company that I can really think of that does this at any size,” he said.

Schmehl told Bloomberg that the private technology space is the one to watch out for, as venture capital investment already inflated by 11% to $3.5bn in 2017. Furthermore, the expansion of Alphabet Inc.’s Google and Amazon.com Inc. in Canada is boosting the sector.

“I think that several of the more mature private companies in Canada could go public and do just fine. I think that our public equity markets could be better if we had more technology in the benchmarks,” he said.

Taxpayers ‘on the hook’ if Trans Mountain expansion goes wrong

How the global privacy debate is playing out in Canada