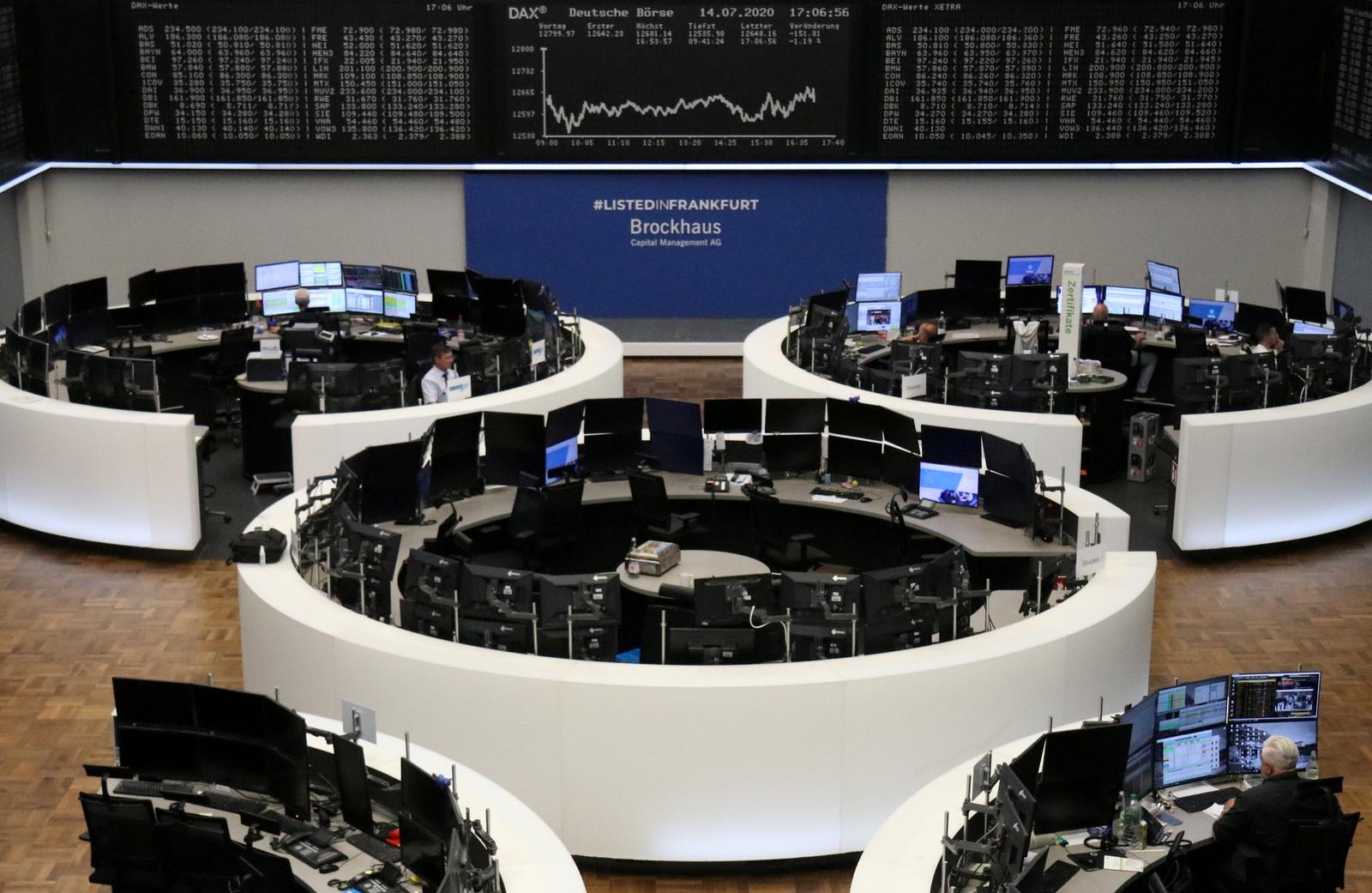 European stocks were hit by a selloff in technology shares on Tuesday, as U.S. peers slumped on fears of new coronavirus restrictions, while London blue-chips outperformed on a boost for the telecoms and energy sectors.

The pan-European STOXX 600 index fell 0.8% after two days of gains, with technology stocks .SX8P posting their biggest drop in over a month, down 2.6%.

“California is a tech haven, so this is going to have a disproportionate effect on tech stocks,” said Connor Campbell, markets analyst at SpreadEx.

Globally, a Reuters tally showed the number of coronavirus infections hit 13 million on Monday, climbing by a million in just five days.

Travel & leisure .SXTP stocks, one of the pandemic’s worst casualties, fell 2.7% for the worst session in three weeks.

“The latest ZEW index paints a good picture of how the recovery of the German recovery could evolve… (it) adds to the evidence of a levelling off in the German economy,” Carsten Brzeski, chief economist, eurozone at ING.

Healthcare stocks were among the biggest drags, with Roche (ROG.S) down 1.6%. The Swiss drugmaker struck a $1.7 billion cancer drug pact with Blueprint Medicines (BPMC.O), which includes rights to the U.S. company’s lung cancer drug pralsetinib.

How to help clients plan for career changes

Timber? Why investors looking to get in on the lumber boom may be late to the party