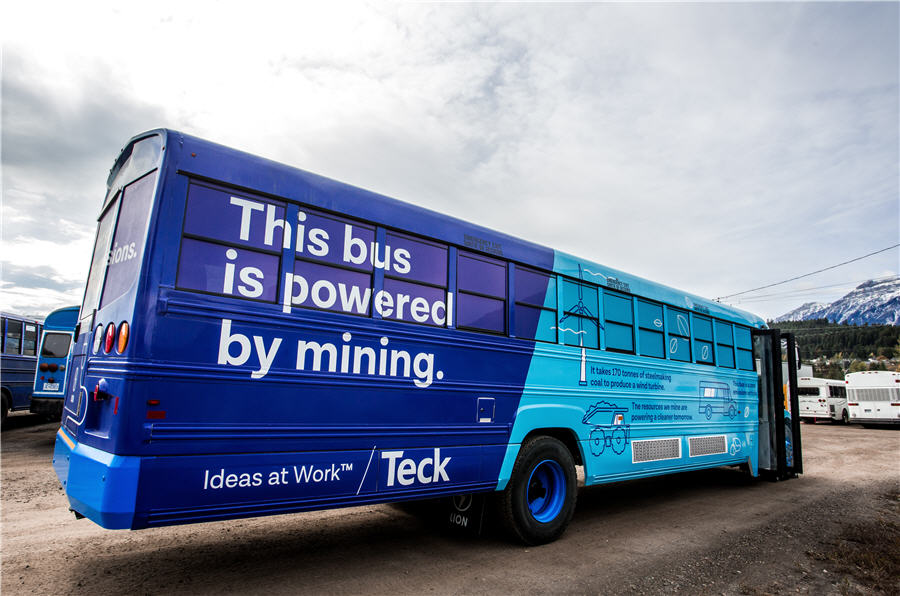 The electric buses will replace diesel buses in Teck’s passenger bus fleet as a more environmentally beneficial and cost-effective transport option, Teck said. This represents the first use of electric passenger buses for employee transport in the Canadian mining industry.

“Taking action to reduce greenhouse gas emissions and improve energy and cost efficiency at our operations is a key part of our approach to responsible mining,” said CEO Don Lindsay in a media statement.  “These electric buses are made possible by mining products like steelmaking coal and copper, demonstrating the important role that our industry products play in supporting the important global transition to a low-carbon economy.”

The benefits, Teck said, include greenhouse gas (GHG) reduction estimated to be the equivalent of taking 10 combustion engine cars off the road, and an estimated 50% reduction in overall cost compared to a standard diesel bus over a 10-12 year lifespan.

The buses are wrapped with graphics illustrating the role of mining products in a low-carbon future, and highlighting the fact that it takes 170 tonnes of steelmaking coal to produce a wind turbine and the requirement of copper to build electric vehicles.