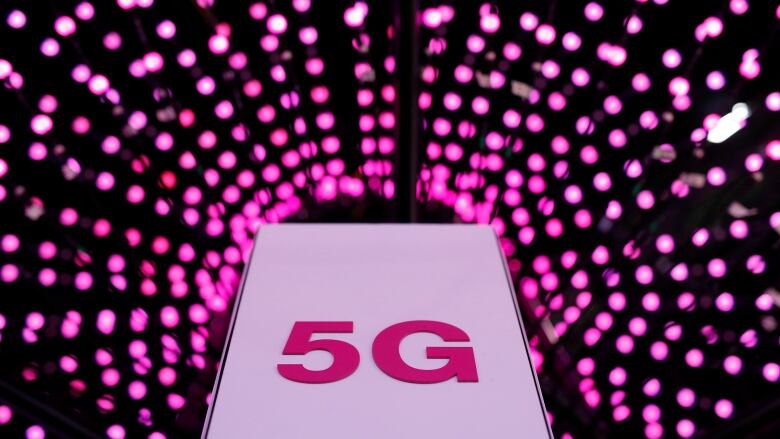 Telecommunications company Telus Corp. says it is planning to roll out its 5G network in the near future using some technology from Chinese component maker Huawei.

CFO Doug French told The Financial Post newspaper in an interview as the company posted quarterly results on Thursday that the telecommunications provider is moving ahead with plans to build its next-generation 5G network by the end of the year, and will do so using some components supplied by Huawei, the Chinese company that has been criticized by numerous countries in recent years over allegations that its components make networks vulnerable to spying by Beijing or others.

On Thursday, the U.S. government slapped new charges against Huawei, alleging, among other things, it violated international sanctions by doing business with North Korea.

In a statement to CBC News, Telus says it is looking to diversify its suppliers as it builds up its network, but at launch the 5G backbone will be built on Huawei components. “Telus will begin rolling out its 5G network shortly, and our initial module will be with Huawei,” French said.

Huawei components are already deployed on Telus’s existing networks, so the company says it makes sense to use them as the telcos roll out 5G, a new wireless standard that will allow for more internet-connected devices to transmit far more data than before, and quickly — up to 100 times faster than existing networks.

Huawei is one of the biggest telecommunications equipment manufacturers in the world, but the company has become embroiled in controversy as the U.S. government has accused it of stealing state secrets, fraud and other offences. Huawei’s former CFO, Meng Wangzhou, has been on house arrest in the Vancouver area for more than a year at the request of U.S. authorities.

Numerous countries, including Australia, New Zealand, Japan, Taiwan and the U.S. have banned Huawei and other Chinese firms from being involved in building 5G networks. Canada has allowed Huawei to be involved in 3G and 4G networks for more than a decade but has thus far declined to decide one way or the other on Huawei’s eligibility to be involved the next generation.

Innovation Minister Navdeep Bains told CBC News on Thursday that the government is still in the process of doing its “due diligence” on the company’s status in Canada. “Any decision we make will be done in a manner that will protect Canadians and we will take the appropriate time to make the right decision on behalf of Canadians,” Bains said.

Telus says the Huawei portion of their network is limited to “non-sensitive” radio access portions of the network — essentially the antennas and some otherthings installed at cell towers.

Telus says it will always remain “entirely compliant with current Canadian regulatory and cybersecurity requirements, which have been in place and approved by successive federal governments for more than a decade,” French’s statement said.

BCE says 5G network plans wouldn’t be delayed by a government ban on Huawei
Telus’s rivals are also moving ahead with their 5G plans, but have been much more coy on the subject of using Huawei. Rogers has chosen its longtime supplier Ericsson — a Swedish company — and Bell has said its first contracts for radio access equipment are with Nokia of Finland, although it left open the possibility of choosing other vendors as well.

Quebecor’s Videotron has opted to go with Samsung for its 5G radio access equipment.

At the moment, 5G networks are largely theoretical, as few consumer devices are configured to run on them yet. But that will change. A major hurdle in the 5G rollout is a lack of appropriate usable wireless spectrum, something which should be addressed by the upcoming 3500 MHz spectrum auction, slated for later this year.

Rogers to test new 5G network in Toronto, Ottawa
Poll finds most Canadians want Huawei barred from country’s 5G networks
Even before that happens, Telus is moving ahead with its plans. “We are a global leader in wireless technology and we intend to retain that distinction,” French said.

“In the meantime, we look forward to the release of the government’s auction framework for the 3500 MHz band, which needs to be auctioned as soon as possible to support a timely 5G rollout and keep us competitive with other leading countries and their economies.”