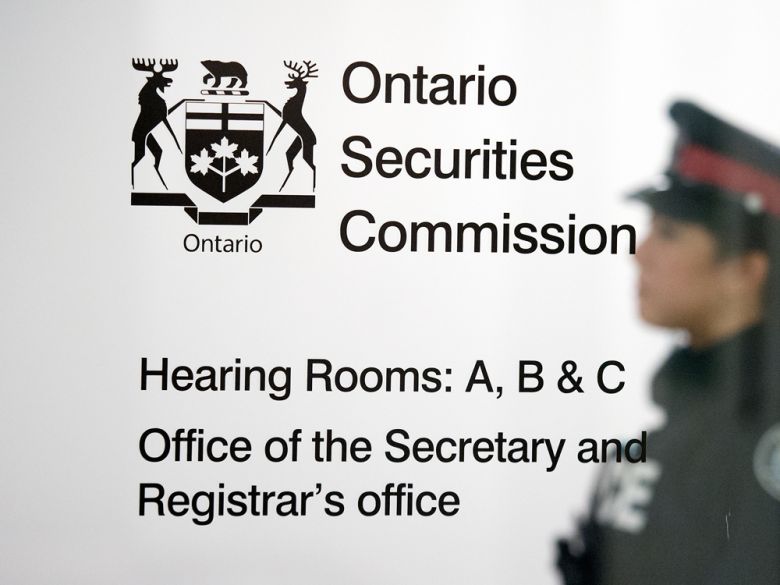 In another place and another time, the resignation of a top securities regulator who clashed with politicians might rattle the confidence of investors. But this is Canada and Ontario 2020 where the resignation of the CEO of the mighty Ontario Securities Commission caused nary a twitter.

Oh, there were a couple of comments about why Maureen Jensen likely left her post before her term was up. The most obvious and plausible explanation is that she clashed with Doug Ford’s Conservative provincial government. One investment adviser said “We have this strange situation where we have the most progressive regulator of the provinces, which is saddled with the most regressive government of the day.”

That simple explanation implies that the OSC is a bold and progressive defender of investor rights, clients’ interests, and other worthy governance objectives. The resignation suggests the OSC is being forced by political actors who aim to undo the good work of protecting investors and the honest functioning of Canada’s leading capital market. But is that true? There are good reasons for concluding the opposite, which is that Ontario and Canadian investors and financial markets suffer from a surfeit of regulatory burden and confusion. The OSC is a member of the Canadian Securities Administrators (CSA), a national regulatory regime without actually being a national securities regulator.

Perhaps the Jensen resignation could serve as a spark for reform of securities market regulation rather than as an indicator of the Ford government’s regressive attempt to screw investors for the benefit of industry.

Reform may already be underway. In a fiscal statement last November, the government announced the creation of a “task force” to review the role of the OSC. The Securities Act has not been reviewed in over 15 years, said the government. The act is “outdated, and should support modern capital markets. Ontario will undertake measures to create a modernized securities regulatory framework that is responsive to innovation and changes in a rapidly evolving marketplace.”

Many experts in the arcane business of regulation appear to support the review. A survey of experts by Investment Executive magazine showed that many feel such a review is long overdue. In an interview Thursday, Canadian securities lawyer Phil Anisman warned that any Ontario review process could prove difficult. “An Ontario-only approach, whether for local issuers or not, necessarily has implications for the national regulator proposal. Ontario can’t do anything alone, if the so-called national co-operative regulator comes in.”

But a new review seems essential. Securities regulation is a bureaucratic swamp that will not easily be drained. Investor protection, corporate behaviour, corporate and individual malfeasance, market structures, fees and costs all seem to require tens of thousands of pages of legal micro-detail that keep thousands of lawyers and administration professionals fully employed.

The theory is that without regulation, market failure will destroy everything, although the accomplishments of regulatory control efforts are hard to quantify.

One example of OSC/CSA swampiness has been the push to review mutual fund fee structures. The effort was launched in 2012 and has yet to conclude. Proposals were outlined for comment in late 2018. The latest release in December 2019, said that securities regulatory authorities of 12 of the 13 CSA jurisdictions will publish final amendments in early 2020.

The OSC will not be adopting the final amendments to ban certain mutual fund fee structures, a decision initiated by the Ford government. The final mutual fund fee reforms by all other jurisdictions will not be published until “later in 2020,” eight years after the initiative was launched. Once in effect, the benefits of the reform will be hard to track.

Another regulatory effort that looks like a boondoggle from the outside is the multi-year CSA/OSC campaign to “Reduce Regulatory Burden.” Initially talked about as far back as 2003, the burden-reduction turtle is still in the swamp and has spent the past decade crawling around in search of closure.

In November 2018, the OSC established a Burden Reduction Task Force (the Task Force) to identify ways to enhance competitiveness for Ontario businesses by saving time and money for issuers, registrants, investors and other capital market participants.

In November 2019, the OSC released its 100-page report, titled Reducing Regulatory Burden in Ontario’s Capital Markets, including 107 decisions and recommendations. On Jan. 8, 2020, Fasken distributed its response to the CSA proposals to reduce regulatory burden, a 45-page critique that said the proposals would not reduce or could actually increase the regulatory burden. It also said “the cost-benefit analysis provided by the OSC is flawed.”

There will be more to come from the OSC and CSA on regulatory burden reduction. But the turtle appears to be going nowhere, another indicator among many that Canadian securities regulation —national and provincial — needs a total review and overhaul. Although that, too, could become another turtle.

Crypto gains can come with a hefty — and unexpected — tax bill