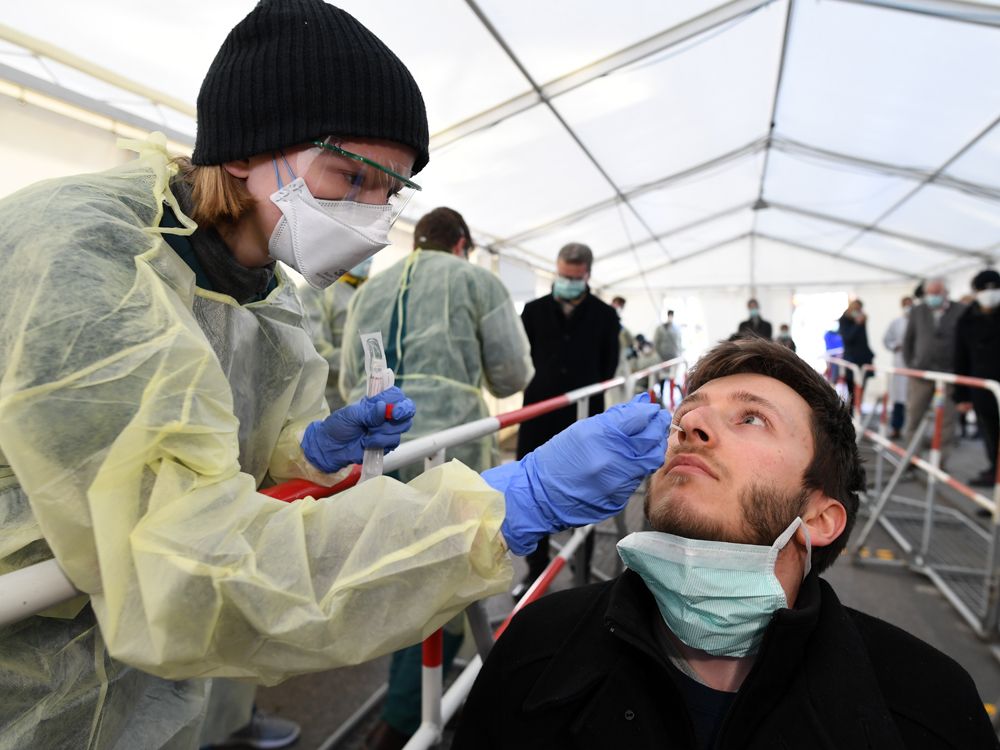 There appears to be only one basis for hope that the current near-shutdown of the Canadian economy will end sooner rather than later: real data. Not headline deaths, ominous epidemiological models or robotic prime ministerial talking points, but real statistics about the number of Canadians who have contracted the coronavirus, how many are now safe, and the death rate associated with the virus.

Governments and the media are expert tabulators of the frightening numbers of people infected and the proportion of those who die. As of midday Tuesday, Canada had reported 8,467 COVID-19 cases and 95 related deaths. Globally, 837,000 cases have been reported with 41,000 deaths. Total cases in the U.S exceed 176,000 with 3,400 deaths.

The death rates associated with those numbers are high: 1.1 per cent for Canada, 4.8 per cent globally and 1.9 per cent in the U.S. But without firm data on the number of infected people who recover without ever being officially diagnosed, the statistics are preliminary and superficial. They are based on limited and inadequate testing of Canadians and of people all over the world. And until we address that, the current unprecedented experiment in state control over normal social and economic activity will not be lifted.

The inadequacy of the existing data was acknowledged recently by Mona Nemer, Canada’s Chief Science Advisor, who said the lack of ability to test leaves Canada’s data “severely compromised” and that “data is at the heart of this fight against the virus.” In a weekend interview with CBC Radio’s Quirks and Quarks science show, Nemer highlighted the huge gaps in Canadian COVID-19 statistics on two fronts. First, the system for identifying cases “is not set up to do the tests.” The current test rate of 10,000 a day needs to be tripled, she said, especially as the virus spreads toward what is believed to be a looming peak.

Second, Canada has not begun the all-important sampling of all Canadians, including those who are or seem unaffected by COVID-19. That’s a different but simple — and available — blood test that Nemer said is essential to understanding the lethality of the virus.

More accurate data on COVID-19 can be obtained by simply drawing blood from a range of Canadians, from the healthy to the sick. The blood tests, she said, “can tell us whether someone has been exposed to the virus and has developed immunity. This is very important to allow us to determine how many people have been infected and recovered.”

More importantly, perhaps, the immunity test, which Nemer said should be ready “shortly,”  will help policy-makers evaluate the policies they are rolling out to manage the pandemic. The blood tests, said Nemer, “will allow us also to calculate more accurately the fatality rate from this virus. Many experts believe the fatality rate is actually overestimated because we are testing only individuals who are showing symptoms. But we know that many are infected but do not show any symptoms.” Nemer said Canada needs to randomly test at least one per cent of the population — more than 300,000 Canadians — to get an accurate reading on whether COVID-19 is as lethal as the headline numbers suggest.

Nemer’s observations are right at the centre of a global clash of scientists over COVID-19 data and estimates of the seriousness of the pandemic. Why is the German fatality rate of less one per cent so low compared with 10 per cent in Italy and Spain? It may reflect a better health-care system, or local societal or environmental factors that left Italians and Spaniards at greater risk. It may also be that better and early testing in Germany delivered a more accurate COVID risk profile.

The science data clash erupted in the U.K. after media reported on an Oxford University paper that suggested as many as half the population of the U.K. may have already been infected by COVID-19, a number that would drastically reduce the fatality rate. In the paper itself, eight authors acknowledge their work as preliminary but they say their assessment of the COVID-19 epidemic is that there was already considerable spread in the U.K. population and that, accordingly, the fatality rate will be much lower than realized.

The Oxford paper reaches the same conclusion as Canada’s science adviser. It calls for the “urgent development and assessment” of tests to determine the degree of immunity in the population. “These data will be critical to the proper assessment of the effects of social distancing and other measures currently being adopted to slow the case instances and for informing future policy direction.” The Oxford research was instantly attacked by commentators and at the competing Imperial College London, whose scientists have more aggressive interpretations of the existing data and the probable fatality rates.

But that’s the nature of science, especially epidemiology that depends on models and interpretations of data that, in the case of COVID-19, is preliminary and subject to dramatic change — which is why the advice from Canada’s chief scientist is crucial.

Only when we get this critical data on the virus will Canadians — and the rest of the world — know how much disruption to routine social and economic life is necessary, and when we can put an end to draconian government intervention.

How technology is playing a bigger role in private investment space