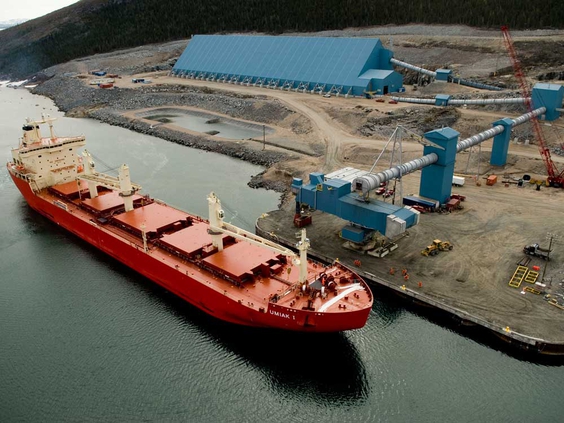 TORONTO — Brazilian miner Vale SA is in talks with Tesla and others in the electric vehicle (EV) supply chain about securing nickel from its Canadian operations, the head of the miner’s base metals unit said on Friday.

Tesla did not immediately respond to a request for comment.

Tesla CEO Elon Musk in July urged miners to produce more nickel, a key ingredient in the batteries that power the company’s electric cars. Musk offered a “giant contract” if supplies could be produced in an environmentally sensitive way.

While EVs are expected to help reduce global carbon emission, environmentalists are concerned that production of EV parts and increased mining may damage the environment.

Analysts have also warned of a supply deficit for nickel, which makes batteries energy dense so cars can run further on a single charge.

Tesla and other automakers need to ensure there is sufficient nickel available to produce the number of batteries required for EVs over the next five to eight years, Mark Travers, Vale’s executive director of base metals, told Reuters.

“So that is the nature of the discussions I’m sure that is occurring across the industry right now and, without specifically commenting on Tesla, those are the conversations we are having right now,” he said.

Vale, whose Canadian operations span three provinces, is in the midst of expanding its Voisey’s Bay site to an underground operation that will produce about 40,000 tonnes of nickel-in-concentrate per year.

The miner has dedicated about $2 billion to low-carbon projects, including electrification of underground vehicles, fuel switching and heat recovery, Travers said.

In Canada it is also studying potential to store carbon in tailings at its operations in Thompson, Manitoba, he said.

Such considerations are “a key focal point” in discussions with automakers and other EV participants, he said.

“The discussions around environmentally friendly nickel are front and center,” he said.