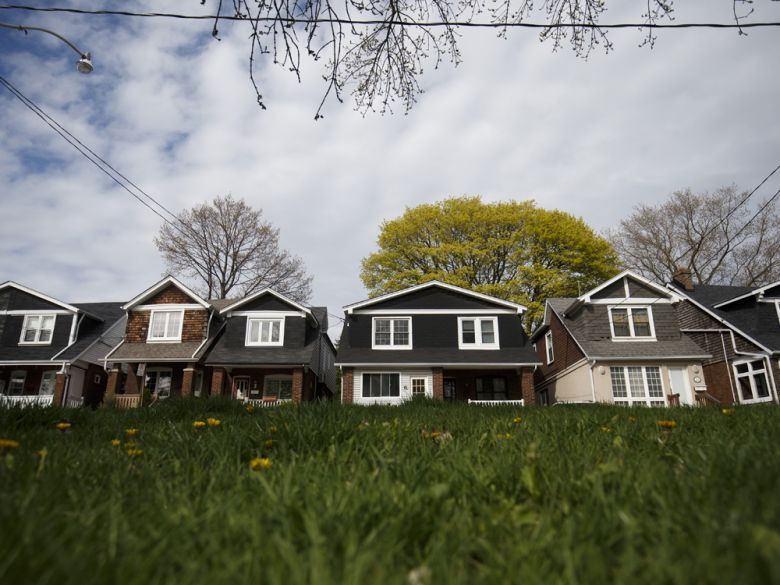 Demand for such investments, which still carry the stigma of the financial crisis, appears to be scarce

Bank of Canada Governor Stephen Poloz wants to grow a market for private mortgage-backed securities in Canada, but demand for such investments, which still carry the stigma of the financial crisis, appears to be scarce.

In a speech in Winnipeg on Monday, Poloz said it would be “helpful” to both borrowers and lenders to see such a market develop here.

Private mortgage-backed securities (MBS) may lack a government guarantee, but they could act as “a much more flexible source of longer-term funding” for uninsured mortgages, especially those issued by smaller financial institutions, the governor said.

“This is an increasingly important point because the market share for uninsured mortgages is increasing, and they can’t be used in CMBs (Canada Mortgage Bonds),” Poloz said in his speech, in which he made several suggestions for the future of the mortgage market.

The Canada Mortgage and Housing Corp.’s Canada Housing Trust has been buying insured mortgages from financial institutions and using them in Canada Mortgage Bonds for nearly 20 years, the governor noted. More than $230 billion of that government-backed MBS is outstanding, he said, or around 15 per cent of total mortgage debt.

Mortgage-backed securities are home loans lashed together and sold as a bundle. Like deposits, the proceeds of those sales can give banks and other financial institutions a source of funding to keep lending or conducting other business; investors, meanwhile, have their capital plus interest paid back through the mortgage payments on the underlying loans.

In Canada, however, only mortgages insured against default — where borrowers are typically making a down payment of less than 20 per cent — are allowed for government-sponsored MBS.

While private MBS may offer another, non-taxpayer-funded way of supporting the housing market, there is a lingering skepticism when it comes to mortgage-backed securities. Poloz is aware of this.

“After all, many people remember that mortgage-backed securities were at the heart of the sub-prime debacle that preceded the global financial crisis over a decade ago,” he said during his speech.

The government has also been pushing for a private MBS market for years, said Toronto mortgage broker and RateSpy.com founder Robert McLister. To that end, it imposed limits and greater costs on securitization and portfolio insurance (which lets lenders buy coverage for their uninsured loans), he said.

“The fact is, investors currently don’t have enough confidence in the underlying collateral of uninsured RMBS (residential mortgage-backed securities) to fund prime mortgages with competitive interest rates,” McLister added in an email. “And consumer tolerance for paying higher rates has never been less.”

Recent issues of uninsured mortgage-backed securities in Canada appear to be relatively scarce.

Toronto-based mortgage financing company MCAP did two private-label deals in 2014 and 2018 worth nearly $450 million, according to a 2018 Bank of Canada staff analytical note on the “securitization potential” of uninsured mortgages. A spokesperson for MCAP declined comment.

A Bank of Canada spokesperson said in an email that Bank of Montreal had also issued an uninsured mortgage-backed security in April 2017, and that MCAP had done another deal in 2018 in addition to the one mentioned in the BoC paper, in September.

Others have met with “limited success” with residential mortgage-backed securities in recent years, according to Paul Taylor, president and chief executive officer of Mortgage Professionals Canada, a group that represents brokers, lenders and insurers.

“The margins are really too thin,” Taylor said in a phone interview. “The interest rate that the bondholders expect or the return that they’re expecting is really more than a mortgage-holder is going to be prepared to pay in interest to be able to provide enough flow-through funding for the management of the bond and pay the return.”

Banks can issue “covered” bonds to fund uninsured mortgages, but a federal regulator caps the percentage of those securities any one lender can have at four per cent of their total assets. Smaller financial institutions also lack “the same economies of scale as the big banks,” Poloz said, making such issuance difficult.

A private market for uninsured mortgage-backed securities could help those lenders, and it could entice investors, such as pension funds, looking to match longer-term assets to their liabilities, Poloz suggested. Investors, though, have not forgotten the financial crisis.

“By virtue of what happened in the U.S., I think RMBS still has a little bit of connotation to it, and so that all by itself even makes it difficult to find institutional investors that will be wholly comfortable, shall we say, especially at a discount, putting money into that type of a structure,” Taylor said.

The governor said transparency would be needed to get investors to accept lower yields and possibly bring down the price of uninsured mortgage bonds compared to Canada Mortgage Bonds.

As one suggestion, Poloz said a public database of mortgages used in securitization could let lenders show how solid their loans are and lower their funding costs. A spokesperson said the central bank has talked about such a database with members of the Canadian Fixed-Income Forum, a group of market participants established by the Bank of Canada.

A database would be a start, McLister said, but it could still take considerable time and effort.

“It’s great to see Governor Poloz put this on the radar but realistically, it could take years to foster a deep new private pool of liquidity for uninsured mortgages,” he said.

The National Systems Renewal Program has a new name: SEDAR+