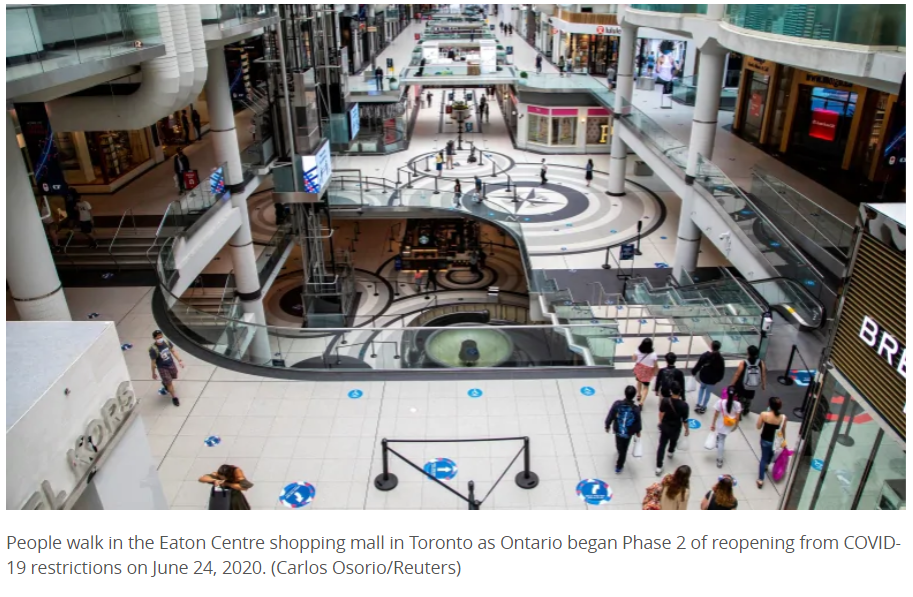 The argument seems like a strong one: If Canadians would just follow the lead of countries and regions around the world that appear to have licked COVID-19 for now, not only would our health crisis be over, but so would our economic one.

As epidemiologists like Peter Jüni, director of the applied health research centre at Toronto’s St. Michael’s Hospital, know, under perfect conditions, breaking the link in the chain of viral spread for a mere matter of weeks would stop the disease in its tracks. Like a forest fire on an island, as soon as the available fuel is gone, it burns itself out.

“Theoretically if you have the possibility of doing a hard lockdown … after nine days you see the effect kick in very reliably,” Jüni said in a phone conversation Wednesday. “Stuff like that is theoretically possible.”

But in medicine, just as in economics, he said, theory and practice are two different things.

As the Vancouver-based Asia Pacific Foundation has shown in its research, places like China and Singapore did something very much like what Jüni suggests, got the virus under control and reopened businesses. In Taiwan, they never closed.

China imposed strict lockdowns and quarantines in places where the disease struck. Subways, restaurants and shopping streets were empty. Those who did go outside wore masks. The economy went into a tailspin, shrinking 6.8 per cent in the first three months of the year, its worse performance since the 1960s.

In China, after 85,000 cases and nearly 5,000 deaths, the country’s case count is now estimated at 400 in a population of 1.3 billion. That’s about the same number as Toronto reported on a single day this week.

When the pandemic struck, experts at Johns Hopkins University in the U.S. “forecasted that Taiwan would fare badly due to its proximity and dense business and travel ties to China,” says an Asia Pacific Foundation report looking for lessons on how Taiwan stopped the spread of the disease.

In Taiwan, a fast response by government agencies, strict quarantines, near universal mask wearing and compliance with regulations meant that while businesses and schools did not close down, the total case count was about 600, with seven deaths.

Peter Vandergeest, an Asia specialist at Toronto’s York University and founding director at the York Centre for Asian Research, is irritated that critics put the region’s situation with the virus down to autocratic governments and an obedient population.

He said that certainly doesn’t apply to Thailand, a place he has often visited for his research and where cases remain low.

“Anybody who’s been to Thailand knows they are not rule followers,” said Vandergeest. “But when it comes to something like the virus, they take it very seriously.”

Vandergeest said that willingness to wear masks and comply with quarantines may be because of a history of experience with epidemic disease.

While scoffing at the idea that Asians are somehow all alike but different from North Americans or Europeans, Vandergeest, like many others, points to New Zealand, which has had only 25 deaths, and Australia, despite a second peak, which has cut serious cases to near zero.

Like Taiwan, New Zealand’s success can be partly attributed to its early and strict crackdown and careful watch on infections from abroad. But Australia was a different case, where the second severe lockdown led to complaints from business leaders at the time that it would be devastating for business. This week, restrictions were lifted and business began opening again.

While the St. Mike’s epidemiologist, Jüni, is encouraged by successes in Asia and Oceania, he is skeptical that they can be repeated here in Canada. That is because while it is theoretically achievable to stop the disease in its tracks, he believes that is effectively impossible in a climate where people spend so much of their time indoors.

“It has an unfortunate tendency in certain situations to become highly contagious in indoor settings,” said Jüni. “When we reach May and we all go outside again, we will be able to keep the thing relatively easily [under control]. But now it’s next to impossible.”

The problem of winter

Jüni even worries that Canada’s Atlantic bubble, based on early action, a relatively spread-out population and strict rules about new arrivals, could see a winter outbreak without careful attention.

Critics have pointed the finger at businesses and politicians who support them for worrying about short-term profit rather than long-term elimination of the virus, but research by Aya Aboelenien from the University of Montreal’s business school, the Hautes Études Commerciales, shows there are other issues at play.

“I think the problem is that the public trust in the government is fading,” said Aboelenien.

She points to new signs of coronavirus fatigue as businesses are asked to lock down a second time after the first one did not seem to work.

Jüni has sympathy for businesses that have suffered serious losses. And he is sympathetic with government officials who honestly do not know the best strategy to follow.

For now, he is convinced that the goal in Canada cannot be the virtual elimination of the virus, but something more moderate: preventing a growth in cases that would fill up hospitals and lead to a public health catastrophe.

Now that a vaccine seems feasible before next autumn, Jüni said the important thing is to keep businesses and their customers motivated and people staying within bubbles as much as possible, with the knowledge the reward will come in five months, when we move outside again.

“If we can make it to then without ending up in uncontrolled exponential growth, it will get easier.”