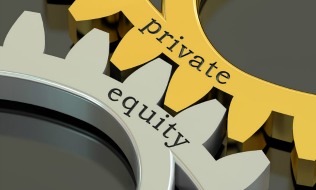 The massive uptick in private equity investing is changing how companies raise capital.

The private equity industry has grown by 500 per cent since 2000, according to research by Willis Towers Watson’s Thinking Ahead Institute. It found the increased interest from institutional investors is leading growing companies to seek fresh capital from the private markets rather than pushing out a public listing.

“Regulatory pressure and the rising ongoing costs of being a listed company have led more businesses to raise capital from private markets, where there is an abundance of available capital,” said Liang Yin, senior investment consultant at the Thinking Ahead Group, in a press release.

The research provided the example of Spotify Technology, which didn’t actually participate in an initial public offering, but rather a direct public offering. In doing so, it didn’t raise any new capital by issuing new shares; it simply allowed public investors to purchase shares that already existed within the company. As well, when Spotify initially released shares to the public, it was already a massive company, with a market value larger than half the companies on the S&P 500. In this scenario, the fundamental reason for issuing shares to the public has changed, noted the research.

While this type of action remains the exception, there’s a trend of companies raising far more capital in the private market before turning to the public sphere, it said. For example, Uber Technologies Inc. had already raised US$22 billion in private capital before its IPO, which released US$8.1 billion worth of shares publicly.

Each method has its pros and cons, according to the research. For example, when attempting to gain private market exposure through public equities, there’s no need to actually purchase private equity; however, there’s also no mechanism to choose which private ventures a public company ends up acquiring.

Direct investments in private equities, meanwhile, theoretically line up better with the institutional investors’ long-term asset management goals. However, only the most sophisticated investors are able to take on the governance burden inherent in owning all or part of a private company outright.

Owning through funds does alleviate some of that burden, noted the report, but fees are often problematically high. And owning through a co-investment mechanism does help build strong relationships between the investor and the asset manager; however, there remains a high level of governance that the investor will have to take on directly.

“Our key message to investors is that if you have an equity investment program built predominantly around public market exposure, you can benefit from extending the opportunity set to cover the entire business spectrum, both public and private,” the research said.

No movement on DSC ban

Trusted 60/40 investing strategy is broken, and investors should shift away from ‘safe’ bonds, JPMorgan strategists say