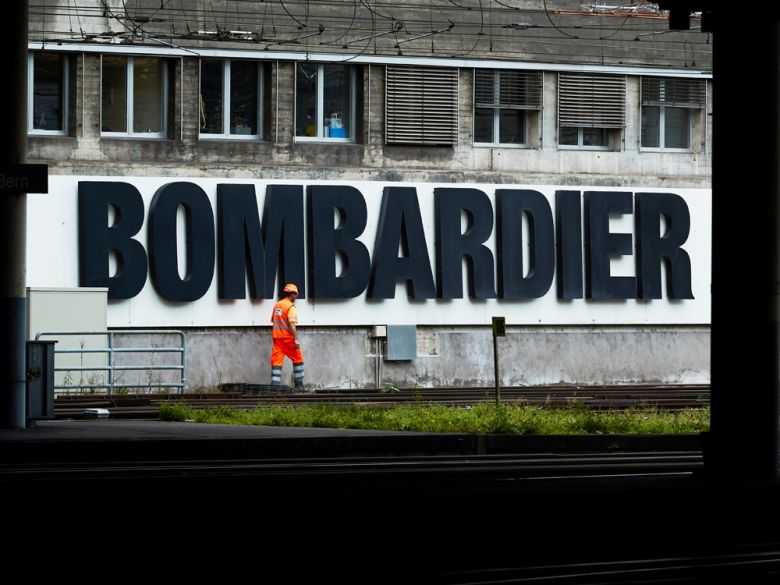 Bombardier Inc. officially abandoned its multi-billion dollar dream to compete in commercial aerospace and is reportedly nearing a deal to sell off its troubled rail division, meaning the business jet division could soon be all that’s left of the storied Quebec plane and train manufacturer that’s shedding assets to pay off debt.

The Montreal-based company announced Thursday it sold its remaining stake in the A220 program to Airbus SE for about $600 million in cash, letting it off the hook for $700 million in future spending on the program. The company will take a $1.6-billion charge on the jet program.

Airbus has promised to keep the program’s 3,300 jobs in Quebec. The provincial government will increase its stake to 25 per cent from 16 per cent in the venture with no cash.

The Bombardier stock, which had been rallying over the past week on news of asset sales, was volatile on the Toronto Stock Exchange as investors digested the latest effort by management to jettison parts of the business in what is the final year of a five-year turnaround strategy.

“I’m actually very confused about what the strategy of the company is,” Goldman Sachs analyst Noah Poponak said during the company’s conference call with analysts after it announced its quarterly results. “It’s starting to look like an asset liquidation more than a turnaround. Has this always been the plan?”

Chief executive officer Alain Bellemare responded that the commercial aerospace business “was a cash drain,” insisting an exit from the program was always part of his turnaround plan. “The strategy was always to exit commercial aircraft and we’ve done that very successfully, while protecting jobs.”

The $6-billion commercial jetliner program, once seen as a moonshot to compete against giants Boeing Co. and Airbus with the help of government loans, was beset with delays and cost overruns. Bombardier, which required government bailouts in recent years as it struggled to fund the program, finally sold a majority stake to Airbus in 2017 for one Canadian dollar, partly to avert a potentially devastating trade challenge from Boeing.

Over the past year, Bombardier has ditched its turboprop, regional jet and aerostructures businesses for total proceeds of about $1.6 billion (including the A220) as it works to repay upwards of $9 billion in debt.

Despite the financial cushion from the commercial aviation sales and guidance that the company will have a positive cash flow in 2020, Bellemare repeated that Bombardier is still exploring options to pay off debt faster. But the CEO wouldn’t reveal what’s next on the chopping block, current discussions or timing of a sale.

“We have options. We are going to continue looking at our options to see if there’s ways we can accelerate the deleveraging phase of the turnaround,” he said.

Bombardier is seeking to reduce its debt to about $4 billion by the end of this year, chief financial officer John Di Bert said on the conference call.

With positive free cash flow and the A220 divestiture, there are some positive elements for this “show me” story, Stephen Trent and Brian Roberts, analysts at Citigroup Global Markets, said.

“Assuming that this smaller company now generates cash, it remains to be seen whether Bombardier further monetizes its remaining businesses, a potential positive catalyst — and a $52.1-billion firm order book might be a good place to start the conversation,” the analysts said.

The company is in talks to sell its rail division to France’s Alstom SA, with Bloomberg reporting a deal could come as early as this week, and its business jet unit to U.S.-based Cessna maker Textron Inc., according to the Wall Street Journal.

“Our future in aerospace is with our industry-leading business jet franchise and we see tremendous opportunities,” he said.

As for the transportation division, he stated Bombardier is “focused on completing the transformation.”

The smaller business jet division has flown under the radar during Bombardier’s five-year turnaround strategy compared to rail and commercial aviation.

BMO Capital Markets analyst Fadi Chamoun questioned whether the business aircraft division “can survive longer-term as a standalone” given the cyclical nature of the business.

Bellemare didn’t comment on going solo, but said Bombardier has the “best business aircraft in the world.”

“This is a very good business and we’re very excited by this business,” he said.

The company’s private jet business is smaller than its rail division, with revenue of $7.5 billion last year compared to $8.2 billion and an order backlog of $14.4 billion versus $35.8 billion for trains. The aviation division employs roughly 24,000 people versus 36,000 at the rail division, according to Bombardier’s annual report.

But aviation’s adjusted profit margin for 2019 was 10.8 per cent compared to 2.6 per cent for the rail division, which has been plagued by delayed deliveries and malfunctions of a handful of problem contracts.

The challenging rail projects, including in New York where officials have accused Bombardier of selling it a lemon, have captured more attention than business jets given public backlash from both transit users, including in Toronto.

While the business jet division is a popular brand with the global elite, the Canadian public has been more consumed with A220 news given the government loans that floated the program.

Airbus Canada Ltd. chief executive Philippe Balducchi said in an interview that Airbus is committed to keeping the program in Quebec as it ramps up production. Since Airbus took control in July 2018, orders for the plane have been rolling in and Airbus hired 700 additional workers to keep up with demand.

“There is a lot of recognition round this as a company about what has been done by Bombardier in the past and lots of recognition of the talent that exists in Quebec,” he said. “The idea is not to kill it and bring it somewhere else. We’re ready to grow.”

Quebec, which acquired half of the program in 2015 for $1 billion, said it would not invest further in the joint venture.

Economy Minister Pierre Fitzgibbon conceded Quebec’s investment in the A220  — originally valued at $1.3 billion in Canadian funds — is now worth far less, adding that the government is creating a contingency fund of about $600 million to cover the shortfall. By the time Quebec exits the A220, “I am confident we will get our money back,” he said.

For Québec solidaire MNA Vincent Marissal, the A220 transaction spells the end of Bombardier as it was.

“It’s not a great day for Quebec,” Marissal told reporters. “There’s nothing to crow about.”

Interim Liberal leader Pierre Arcand went further, saying: “What we have today is the dismantling of Bombardier.”

On Thursday, Bombardier also forecast a 2020 adjusted earnings before interest, taxes, depreciation, and amortization margin of 7 per cent, missing analyst expectations for an EBITDA margin of more than 8 per cent.

The company’s loss before interest and taxes was $1.70 billion in the fourth quarter ended Dec. 31, compared to a profit of $342 million a year earlier, partly due to charges related to some rail contracts in Europe.