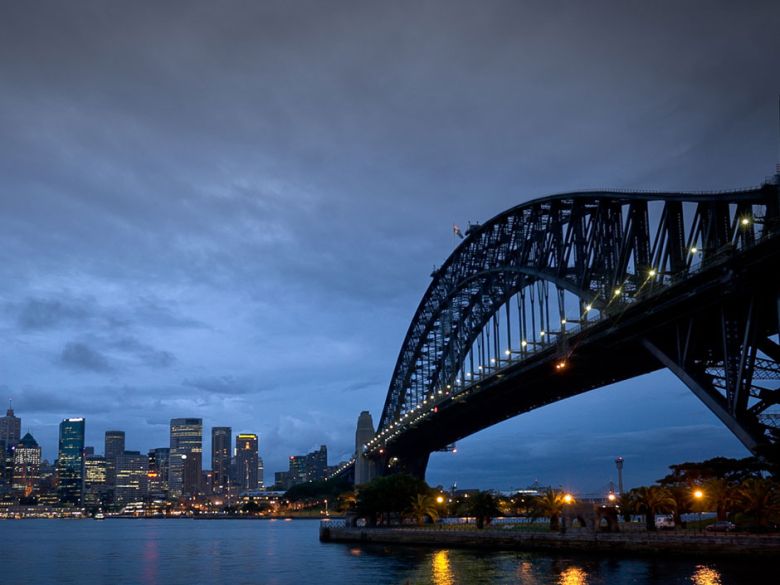 Joe Chidley: In many ways, the countries are mirror images of each other. How she goes, we may go.

By any measure, Australia has enjoyed a remarkable run of economic expansion. Through the Asian financial crisis of 1997 to the dot-com meltdown at the turn of the millennium, and even through the Great Recession, the Australian economy has continued to grow. In fact, it hasn’t contracted since 1991 — a resiliency that prompted Fed chairman Jerome Powell last November to quip that “business cycles don’t last forever, I guess unless you’re Australia.”

Well, that was then — this is now. The Australian economy is still growing, but its 1.8-per-cent annualized GDP growth in the first quarter was the lowest in a decade, and it follows sharply decelerating growth in the last two quarters of 2018. In response, the Reserve Bank of Australia (RBA) last week cut its benchmark interest rate by 25 basis points, to 1.25 per cent — the first rate cut in three years. Market watchers are expecting more cuts, almost certainly one more and possibly two or even three down the road.

Despite the central bank’s expected response, the way is not at all clear for Australia to continue its good run. In fact, the R-word is back in the economic lexicon of what seemed a recession-proof country.

Now, the average Canadian might not be too concerned about a slowing in the world’s 14th-largest economy. But maybe we should pay closer attention, here in the world’s 10th-largest economy. After all, in many ways, Canada and Australia are mirror images of each other — close in population and economic strength, both highly exposed to commodity markets and global trade, and, perhaps most importantly, both grappling with the hangover of overheated housing markets, slow wage growth and soaring household debt. If, indeed, Australia is headed for a downturn after nearly three decades, it might hold some lessons for how our economy might end up — or avoid ending up — in the same boat.

One proximate cause of the gloomier Aussie outlook is the chaos around global trade, courtesy (largely) of Donald Trump and his tariff war (real or threatened) on just about everybody, but obviously and most importantly China. China is by far Australia’s largest export destination, taking in more than 30 per cent of the country’s exports. As China’s economic growth looks poised to hit its slowest pace in the modern era, both because of the Trump trade war and Beijing’s own efforts to manage credit expansion, that’s hardly good news for the biggest supplier of its coal and iron — Australia.

Again, this might not send shudders up the average Canadian’s spine, but maybe it should. Canada, too, is heavily exposed to global trade. While China accounts for a small part of our overall exports and imports, it is our second-largest trading partner among countries — and its importance in setting global commodity prices cannot be underestimated. Then there’s Trump’s threat to impose tariffs on Mexico over asylum-seekers, which imperils the new NAFTA deal — not to mention the complex trade flows and supply chains among Canada, the U.S. and Mexico.

Another driver of Australia’s downturn, meanwhile, will seem eerily familiar to Canadians: its housing market has run out of steam. After growing steadily for years, housing prices in some major urban centres peaked in 2017, and have been falling steadily since. In Sydney and Melbourne, prices have declined by double digits over the past year. That might not be much of a crash, but the boom that preceded the bust was fuelled by a surge in credit, and Australian households are highly leveraged. Household debt to disposable income sits somewhere just south of 200 per cent.

That might give Canadians, whose debt-to-income ratio sits at a mere 179 per cent, some solace. But it shouldn’t give much. Like Canada, Australia has been enjoying relatively strong employment gains, but that strength hasn’t been realized in sustainably strong wage growth, nor has inflation come in anywhere near the central bank’s target of two to three per cent. As housing prices have fallen, Australians’ wealth has declined — household wealth fell by more than two per cent in the fourth quarter last year. Not surprisingly, consumer spending growth has slowed considerably, which in turn puts a cap on housing demand. And so the circle goes.

The RBA is clearly hoping that its rate cut (or cuts) will provide enough stimulus to kickstart business investment and support foundering housing markets —with the risk, of course, of re-inflating the household credit bubble. On the fiscal side, the coalition government under Prime Minister Scott Morrison is promising substantial tax relief for low- and middle-income earners, which could take effect as soon as July, and has promised more massive tax reform down the road. It also plans to invest AUS$100 billion in infrastructure over the next 10 years.

In short, Australia’s policymakers are putting all hands on deck to preserve the economy’s stellar run. If it works, we could still be talking about the Teflon Economy a decade from now. If it doesn’t, Australia might end up looking like the canary in the coal mine.

Are embedded commissions in Canada a passé concept?