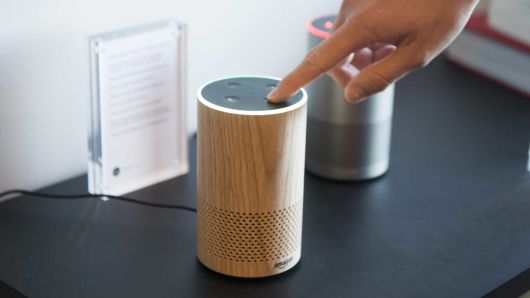 Voice-enabled technology will end the need for keyboards within five years, and investors should put their money into the space, a venture capitalist with a track record for successful bets has told CNBC.

“What’s clear to me today is that the keyboard in five years will be gone as an input device,” Mark Tluszcz, co-founder and CEO of Mangrove Capital Partners, said in an interview this week.

He said a struggle for the investment community when it comes to voice is figuring out whether voice recognition will be “a nice add-on” for companies or a “cataclysmic change to the user experience.”

Tluszcz says his firm’s bet is on the latter.

“Our thesis at Mangrove is it’s a massive change,” he said. “There are going to be many companies built that are only voice.”

“Voice is the opportunity of a decade. I’m an optimist. An optimist that’s been reasonably right many times.”View interactive content

Tluszcz has been known to back ventures that have ultimately resulted in a profitable return. Such investments include Skype, when it was originally bought by eBay in 2005, and Wix.com, which went public in 2013.

Voice-controlled tech has so far been a field dominated by large firms like Amazon — with its Alexa voice assistant and Echo devices — and Google — with the Google Assistant and Home. Even Facebook is working on its own voice assistant.

But Tluszcz says that’s no reason to assume start-ups can’t penetrate the space, and his venture capital firm has backed a French company called Sybel — which focuses on high-quality podcasts — to take advantage of the industry’s growth.

While he thinks the tech giants are doing a “good job” at setting the standards for voice — for example, in recognizing less common accents — the industry will still require “massive innovation” and “new ways of using voice.”

According to tech research firm Juniper Research, about 2.5 billion digital assistants were used by consumers across a range of devices at the end of 2018, and that number is expected to climb to 8 billion by 2023.