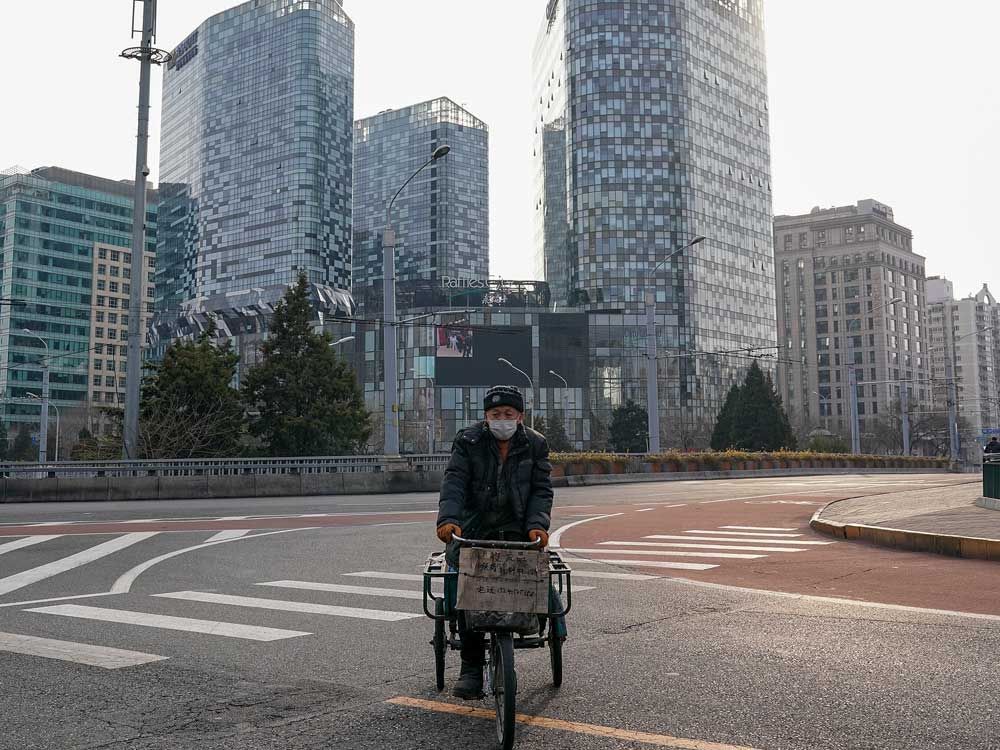 China reported a sharp drop in factory production and retail sales to start 2020, a sign of just how hard the country may have been hit by the new coronavirus and a potentially ill omen for the global economy.

The National Bureau of Statistics for China reported, among other things, that industrial output fell by 13.5 per cent in January and February year-over-year, a sharper drop than had been expected by experts and the weakest reading since at least January 1990, according to Reuters. Retail sales, meanwhile, tumbled by 20.5 per cent from a year earlier.

“These are unprecedented rates of contraction far in excess of the impact of the (global financial crisis),” wrote Derek Holt, head of capital markets economics at the Bank of Nova Scotia. “The direction is of course not unexpected as the coronavirus shut down much of China’s economy, but the magnitude is breathtaking.”

The data out of China comes as there have now been more than 150,000 confirmed cases of the new coronavirus and more than 5,700 deaths, according to the World Health Organization. China has been the country most directly affected by the virus, and the bigger-than-expected dips seen by its economy underscores the difficulty of nailing down the exact extent of COVID-19’s effects.

How quickly the world’s biggest engine of economic growth starts humming again remains to be seen as well.

“Clearly, the data has been severely impacted by COVID-19, but the fact that it was so much weaker than consensus, highlights how difficult it is to gauge the path of the economy and how extensive the economic damage is,” stated a report from TD Securities. “While factory re-openings and easing restrictions on movement will help to lift these numbers going forward, it is likely to take several months to get back to normal.”

Even when factories ramp up production again, there are now questions about whether or not customers will be in a position to buy.

“The economic fallout of coronavirus is widening rapidly outside of China, with major consequences for the global economy in (the first half of 2020) and probably beyond,” stated an Oxford Economics report. “As such, external demand for Chinese goods and services will suffer from a serious drag in the months ahead.”

Canada continues to report new COVID-19 cases, and the hit to Canada’s economy from the outbreak is expected to be considerable. The federal government says it is readying a significant stimulus package to try to head off the economic damage of the virus and the Bank of Canada has already slashed interest rates twice because of its anticipated effects.

Already, though, there are signs of the economic disruption Canada could face. On Sunday, for instance, union leaders at a General Motors Co. auto plant in southwestern Ontario requested a minimum two-week layoff because of an expected drop-off in vehicle sales.

“This may (be) the first time any union official has asked for a layoff of their entire membership, but these are not normal times,” wrote Mike Van Boekel, the Unit 1 chairperson at the factory. “If a layoff looks unavoidable in April or May then let’s be proactive and bring it forward now and try to help stop the spread of the virus.”

A Citigroup Inc. research report Monday said they were lowering their growth forecasts and were now projecting the Canadian economy to expand by 0.5 per cent in the first quarter and to contract by 1.6 per cent in the second quarter on an annualized basis.

The Citi projection was for the Canadian economy to resume growing in the third quarter, by 2.2 per cent, but the report stressed that the economic picture will likely change as domestic data for the current period of turmoil is published later this year. Data for March will not be released until May, they noted.

“With such a rapidly changing situation, and very limited hard data from this period currently available, we want to stress much more uncertainty around our growth forecasts for the coming quarters than usual,” Clark wrote.