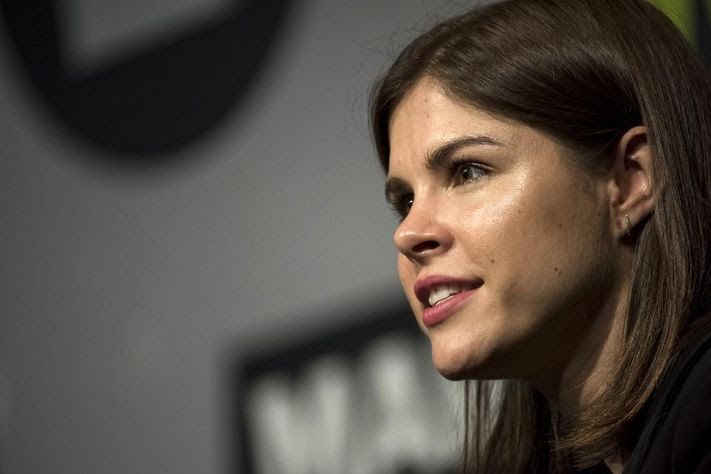 The 2010s were a decade of slow progress in funding for female founders. However, the 2020s will see accelerated progress as investors see even more proof that investing in women brings stellar returns.

Founders seek venture capital to scale their companies quickly, in size and valuation, so they can capture market opportunities that are worth billions of dollars. During the past decade, the percentage of deals with women on founding teams has nearly doubled, from 7.9% to 15.7%, according to PitchBook’s December 6, 2019, update. While the growth in dollars for founder teams with women is less dramatic, it is still notable. Between 2009 and 2019, the percentage grew from 6.9% to 11.5%.

In 2019, a record amount of venture capital ($17.2 billion) has been raised by female-founded startups in the US. However, as a percentage of deals and dollars, that amount is below the records set in 2017. Impressively, in 2019, more female-founded unicorns — tech companies that passed the $1 billion valuation — were born than ever before. Twenty one startups founded or co-founded by women became unicorns compared to the previous high of 15 in 2018. That’s 14.8% of all unicorns birthed in 2019.

Black and Latinx women face the most significant challenges in raising venture capital. Black women represent 42% of new women-owned businesses, according to American Express 2019 State of Women-Owned Businesses.* That’s three times their share of the female population (14%). Latinx women represent 31% of new women-owned businesses, nearly double their percentage of the female population (17%). Only 4% of the female founders who raised equity financing were black and 2% were Latinx, according to 2018 ProjectDiane by digitalundivided. But even here, progress is being made. Between the 2016 and 2018 reports, the number of black female-founded startups that receive venture capital increased 2.5 times. The 2016 report did not ask about Latinx female founders.

“Investing in startups with at least one female founder makes economic sense,” observed Pam Kostka, CEO at All Raise. All Raise’s mission is to accelerate the success of female founders and funders. “We have better outcomes when the funders and founders are reflective of the markets they serve.” Companies with a female founder performed 63% better than investments with all-male founding teams. Businesses founded by women deliver twice as much per dollar invested than those founded by men. Despite being less likely to raise follow-on funding, founder teams with women are more likely to exit and have a higher internal rate of return (IRR) — 112% versus 48%. Gender diversity delivered higher returns and a lower risk of failure than all-male private equity buyout teams. Companies with women on their founding teams provide faster routes to exit and the number of exits for these companies is growing at a quicker rate than for companies with only male founders.

The importance of female investment decision makers cannot be overstated. They are twice as likely to invest in female founders as their male counterparts, according to All In: Women in the VC Ecosystem 2019 by Pitchbook and All Raise. Only 12.0% of venture capital decision makers in the US are women. However, impressively, 69.2% of the top-performing funds have female general partners (GPs). GPs control the management, operations, and use of capital within a venture firm. A record number — 12% — of the 2019 Midas List were women. This is Forbes’ list of the best dealmakers in venture capital.

“The goal for 2019 was to have 40 women attain GP status, we saw 50,” said Kostka. Two forces are fueling this change: Women are starting funds and established firms are promoting or recruiting women GPs.

Sequoia hired its first U.S. female investing partner in 2019, Jess Lee. Other firms, such as Andreessen Horowitz, made more dramatic strides. Julie Yoo became the fourth female GP added during the past two years. Men who already support the growth of women are sharing their lessons learned. Based on these insights, All Raise is creating a playbook to be released later this year for men who would like to support women or support them more.

Limited Partners Can Insist On Change

“[LPs] will be the biggest driver of change […],” said Helena Hasselmann, Managing Director of Stardust Equity in Crunchbase News. Limited partners (LPs) are investors in venture and private equity funds. These include pension funds, foundations, university endowments, family offices, and high-net-worth individuals. More than half (56%) of LPs have female decision makers.

The economic might of women is large and growing: 51% of the personal wealth in the US is controlled by women –- an estimated $22 trillion, according to New York Life Investment Management. Tapping women as a new pool of LP is Operators Collective. It raised money from the executives who make organizations tick day-to-day. Nearly all of its LPs — 90% — are women, more than 40% are people of color, and, yes, 77% are first-time investors. Impressively, 66% of Inspired Capital’s check-writers are women, compared to 12% at all venture capital firms.

VCs are leaving a lot of money on the table by only investing in people who look like them — mostly white men. Morgan Stanley estimates that VCs could be missing out on as much as $4 trillion in value by not investing in more diverse founders. How will you ensure your firm takes advantage of this opportunity?