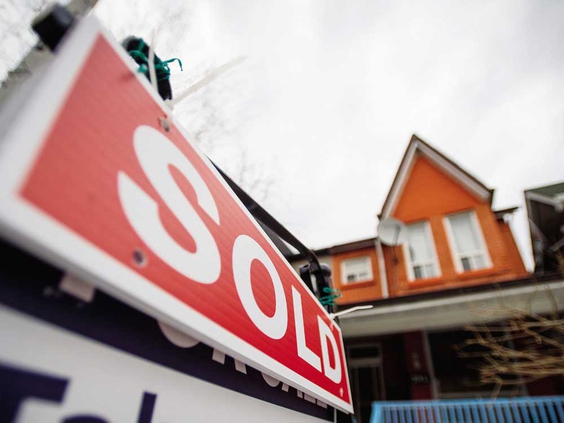 Confidence in the Canadian housing market continues to boom, even as officials grapple with a resurgence of COVID-19 that’s slowing the economy, telephone polling shows.

Some 45 per cent of respondents in a weekly survey by Nanos Research Group believe the value of real estate in their neighbourhood will increase over the next six months, the highest reading since mid-March, when mass shutdowns were imposed to control the coronavirus outbreak. At the same time, only 13 per cent believe values will decrease, the smallest reading over the same period.

Housing has been a consistent bright spot for the past several months. Historically low interest rates combined with the shift toward working from home is creating strong demand in a market that has limited supply, driving prices to record highs in many markets.

“The low-interest-rate environment is a massive impulse for demand,” Beata Caranci, chief economist at Toronto-Dominion Bank, said by phone. “It’s improved affordability for a key group of individuals who were waiting on the sidelines.” Low rates are also giving homeowners a chance to save money by refinancing their mortgages, Caranci said.

The country’s sales to new listings ratio — a measure of market balance — is at its highest level in two decades, signalling demand vastly outweighing the supply of housing.

Continued optimism in the housing market is helping to offset growing worries elsewhere for households. Overall consumer confidence for October recorded its first monthly drop since the start of the pandemic amid signs the economic recovery is petering out. The Bloomberg Nanos Canadian Confidence Index ended the month at 52.5, down from 53.1 at the end of September.

Every week, Nanos Research surveys 250 Canadians for their views on personal finances, job security and their outlook for the economy and real estate prices. Bloomberg publishes four-week rolling averages of the 1,000 responses. The outlook for housing was the only component showing any improvement over the past month.

While overall confidence was down in October, there was a small rebound at the end of the month, ending a four-week skid in the numbers.