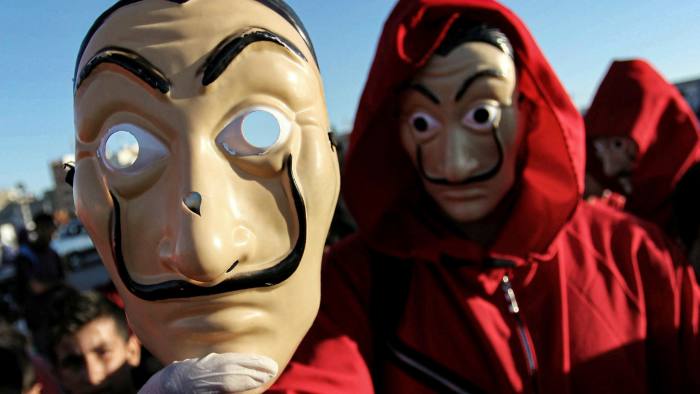 One of the more successful TV shows on Netflix this summer is an adrenaline-charged Spanish crime caper, Money Heist.

It is about a glamorous group of bank robbers who execute an audacious, if scarcely plausible, plan to break into the Royal Mint in Madrid and take control of the printing presses, where they proceed to hold out as long as they can against a ferocious police siege. What happens next is that, well, money-printer goes brrrrr.

It sometimes seems like fiction has nothing on the reality that is the private equity industry. Take a glance at a recent paper from Oxford academic Ludovic Phalippou, which looks at the net returns after fees generated by buyout groups. His findings are not so dissimilar to those of other studies, including one conducted by respected buyout academics, Robert Harris, Tim Jenkinson and Steven Kaplan in 2015.

Using simple “multiple of money” calculations, which contrast the cash sums that funds returned to investors against those drawn down from them, the research shows that for vintages between 2006 and 2019, funds returned just 1.5 times the amount invested after fees — equivalent to an annualised return of 11 per cent. That, coincidentally, is not far off what investors might have got from US equities through a tracker fund.

Numbers, schnumbers, you might say. But what really leaps out from the findings is the contrast Mr Phalippou draws between those less-than-stellar net returns and the amount the industry has extracted just in “carry” — or the one-fifth share of profits it takes on successful investments — over the same period.

This is rather more than the few basis points a tracker fund might have collected. Indeed, it comes to a heist-sized $230bn. Among large funds much of that is directed into the pockets of a few senior partners. That, and their ability to sell stakes in their money-printing machines to stock market investors, is why there are now 22 private equity billionaires, against three in 2005. Blackstone boss Steve Schwarzman’s donation to Oxford university last year was described by dazed dons as the largest “since the Renaissance”.

It is worth pausing to ask what the pension funds who provide buyout funds with much of their capital think they are doing. (Big investors like Calpers do not seem to dissent from Mr Phalippou’s number-crunching; last year it disclosed its long-term returns from private equity, net of fees, were 10.7 per cent a year.)

So why pay such outrageous sums for such outcomes? After all, it has been one of the industry’s stock rejoinders to this type of analysis to say that its returns cannot be mediocre or else pension funds would not have invested ever more money.

Mr Phalippou himself has some suggestions. One involves the industry’s focus on “internal rate of return” calculations, an unreliable measure of performance that often bears no relationship to what investors actually receive.

Take the long-repeated claim by Yale university that its endowment had earned a 30 per cent IRR on its buyout investments since starting them in 1973. Had that “return” actually been banked (as Mr Phalippou showed in 2011), Yale’s endowment would be far bigger. Even a $1m initial stake would have compounded to $24bn, easily exceeding the university’s total pot at the time.

Another is that pension funds have been directed by private-equity insiders to the wrong stock market comparators. While private equity is notionally a global asset class, roughly 70 per cent of buyouts are actually in the US, with the rest mainly in western Europe. As US stock markets have outperformed others, comparing buyout performance with global indices is a case of cherry-picking the most favourable statistics.

Yet while these may well be factors, they feel like symptoms of a bigger malaise, which is that pension fund trustees are simply overwhelmed when it comes to the opaque informational soup that private equity firms squirt out like cuttlefish ink.

If they really grasped what was going on, why would a number of large US public sector funds, such as Calpers and Calstrs, have been found in the past not even to have known how much they had paid their private equity managers? Many trustees appear to lean heavily on consultants, whose financial incentives may lead them to recommend a private equity weighting over other more plain-vanilla investments.

At root, they appear to be paying up mainly because everyone else is, thus proving John Maynard Keynes’s adage that “it is better for reputation to fail conventionally than to succeed unconventionally”.

There are echoes of this in Money Heist, around the relationships between the robbers and the hostages they take in the mint. Many of the captives succumb to a type of Stockholm syndrome, even helping the robbers to bag up the illicit cash they have printed prior to spiriting it away. Pension funds are supposed to be the guardians of the public’s savings. It is depressing to see them fall into the same submissive trap.