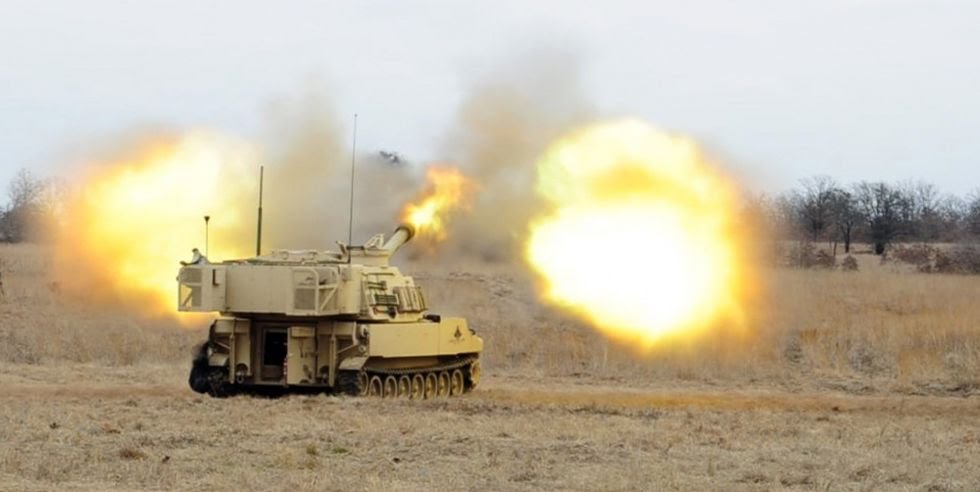 The U.S. Army is working on a new artillery shell capable of locating enemy targets, including moving tanks and armored vehicles. The shell, called Cannon-Delivered Area Effects Munition (C-DAEM), is designed to replace older weapons that leave behind unexploded cluster bomblets on the battlefield that might pose a threat to civilians. The shell is designed to hit targets even in situations where GPS is jammed and friendly forces are not entirely sure where the enemy is.

In the 1980s, the U.S. Army fielded dual purpose improved conventional munition (DPICM) artillery rounds. DPICM was basically the concept of cluster bombs applied to artillery, with a single shell packing dozens of tennis ball-sized grenades or bomblets. DPICM shells were designed to eject the bomblets over the battlefield, dispersing them over a wide area. The bomblets were useful unprotected infantry troops and could knock out a tank or armored vehicle’s treads, weapons, or sensors, disabling it.

DPICM made artillery more lethal than ever, but there was a cost nobody foresaw: unexploded dud bomblets often littered battlefields, becoming a danger to civilians long after the war was over. An international movement to ban cluster bombs and artillery came about, and though the U.S. isn’t a signatory it has pledged not to use munitions with a dud rate greater than one percent. Dud rates for such weapons often reach five percent or more.

Hitting tanks and armored vehicles with artillery from long range is hard, but DPICM made it easy. Now that DPICM is gone the Army wants something new to replace it, something that trades showering an area with bomblets with an artillery round that intelligently seeks out enemy targets on its own. That new weapon is C-DAEM.

C-DAEM is a development of the Army’s Excalibur 155-millimeter artillery round. Excalibur is a GPS-guided artillery round, capable of hitting targets dozens of miles away using the Global Positioning System. Defense contractor Raytheon, maker of the Excalibur, claims it can land within 6.5 feet of the intended target—close enough to hit or damage a stationary armored vehicle.

C-DAEM will be able to hit moving tanks and other armored vehicles—something existing artillery shells can’t do. It will also be able to seek and destroy vehicle targets when their precise location isn’t known. As New Scientist explains, “The weapons will have a range of up to 60 kilometres, taking more than a minute to arrive, and will be able to search an area of more than 28 square kilometres for their targets. They will have a method for slowing down, such as a parachute or small wings, which they will use while scanning and classifying objects below.”

The new artillery round will also be capable of operating in so-called GPS-denied environments, where enemy forces may attempt to locally interfere with the Global Positioning System. Although U.S. forces lean heavily on GPS they are also training to operate without it. Russia, one potential adversary, is developing GPS jamming and spoofing capabilities that could make battlefield GPS useless or unreliable.

The first iteration of C-DAEM will be able to hunt tanks and armored vehicles, while later versions will be capable of targeting “lightly armored, stationary targets, such as personnel, artillery, air defense and communications sites.”

Defense News reported in 2018 the new round could enter service as soon as 2020.

Plan for new SRO gets positive reviews from advocates, industry