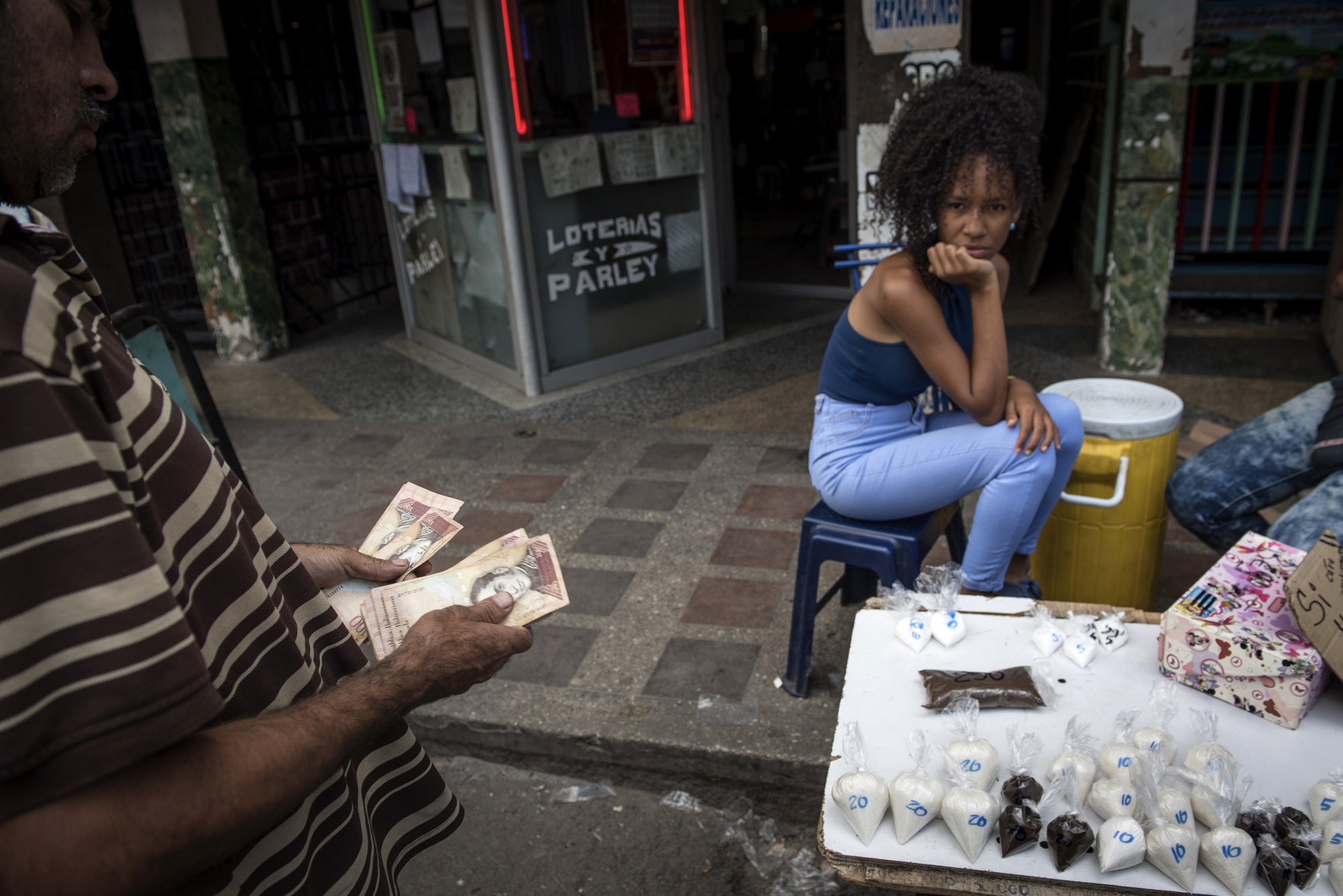 Inflation that’s projected to reach an eyeball-popping 8 million percent this year has left Venezuela saddled with the title of the world’s most miserable economy.

The embattled South American nation topped the rankings of Bloomberg’s Misery Index, which sums inflation and unemployment outlooks for 62 economies, for the fifth straight year. The index includes countries for which Bloomberg has sufficient economic forecasts.

Venezuela and a handful of others in the “most miserable” camp are in a lonely battle fighting high inflation alongside lofty jobless rates. Most other countries’ policy makers this year face a very different challenge: a tricky combination of quiet inflation and lower unemployment that complicates readings on economic health and appropriate responses.

Thailand again claimed the title of the “least miserable” economy, though the government’s unique way of tallying unemployment makes it less noteworthy than Switzerland’s improvement to second-least and Singapore managing to stay in the bottom three. The U.S. moved six spots toward 13th least miserable, and the U.K. improved four spots to 16th least.

The Bloomberg Misery Index relies on the age-old concept that low inflation and unemployment generally illustrate how good an economy’s residents should feel. This year’s scores are based on Bloomberg economist surveys, while prior years reflect actual data.

Sometimes, of course, a low tally can be misleading in either category: Persistently low prices can be a sign of poor demand, and too-low joblessness shackles workers who want to switch to better jobs, for instance.

The price-growth trend in the misery index is a change from last year, when fears of creeping inflation raised scores for many countries. Economists surveyed by Bloomberg see almost half of the 62 economies with lower inflation rates than in 2018, while a majority are forecast to see unemployment decrease.

The swings from 2018 are changing central bankers’ minds around the world. Emerging markets, which rushed to tighten policy last year amid a stronger U.S. dollar and lurking inflation, have seen a wave of dovish calls since the start of 2019. The International Monetary Fund is among institutions that have repeatedly downgraded forecasts for the global economy this year.

Russia’s 17-spot deterioration in its score, to the 17th most miserable economy, is owed to projections of higher prices and stagnation in joblessness. An inflation spike last month has complicated central bankers’ plans to embark on monetary policy easing.

Joining Venezuela in the most-distressed crowd are Argentina, South Africa, Turkey, Greece and Ukraine — each of which retained the same rank as last year, showing intense economic stress and scant progress in taming price growth and getting people back to work.

At the other end of the scale, Singapore, whose central bankers gained best-in-world status, sits pretty at third-least miserable despite a one-spot decline.

Yet sometimes a “less-miserable” score isn’t all it’s cracked up to be: Japan’s top-5 ranking belies weakening demand that’s making it tough for the Asian giant to gain traction in fighting demographic and global trade headwinds.

Bloomberg Terminal users can click here for the full results.

Timber? Why investors looking to get in on the lumber boom may be late to the party