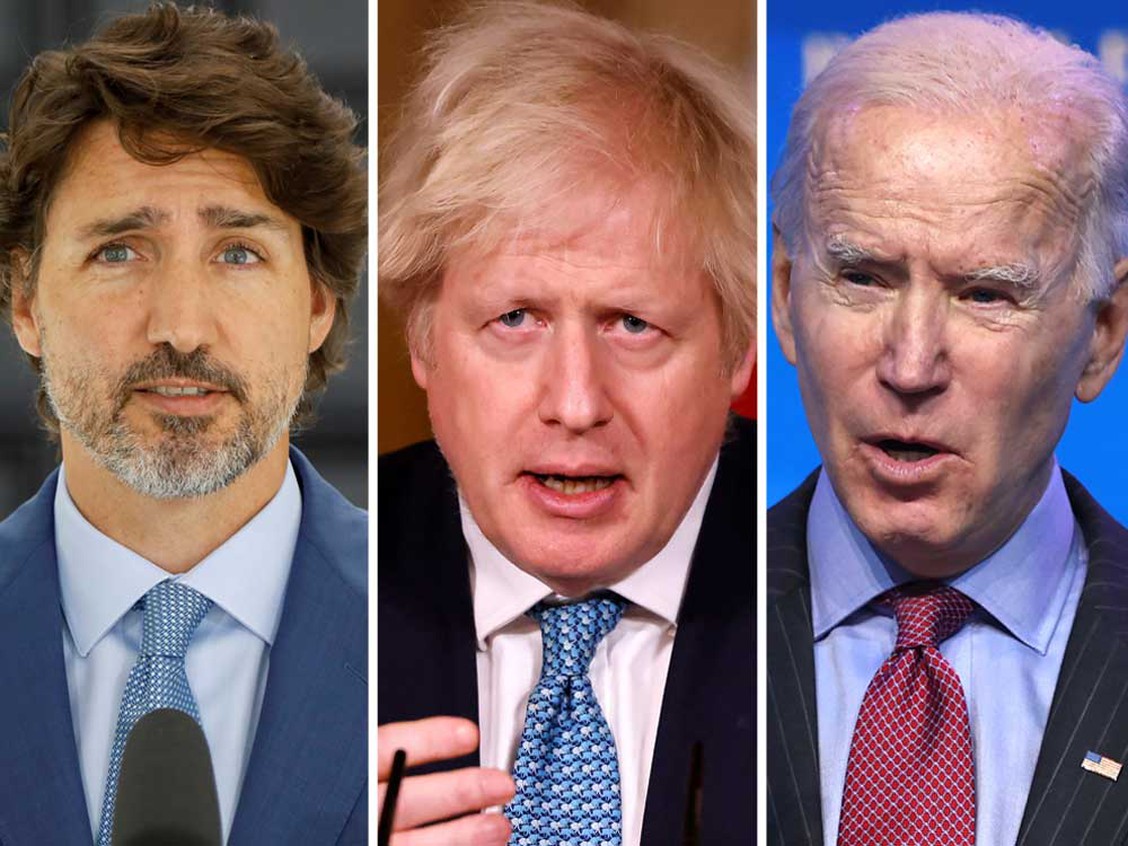 As we enter 2021, media pundits are keen to inform us that global markets are all setting new all-time highs in spite of the political instability in the U.S. and the slow rollout of COVID-19 vaccines. Looking ahead, we are very concerned that global quantitative easing and fiscal spending programs are feeding speculative areas of the market that could ultimately blow up portfolios, especially for those late to the party.

Specifically, we think there is the potential building for what we call the “Build Back Better” bubble.

Governments around the world have been using the pandemic as a means to implement their own political agendas under the World Economic Forum’s Build Back Better (BBB) slogan. Many leaders have adopted this mantra, including Justin Trudeau, Boris Johnson and Joe Biden, and have been considering unprecedented spending programs on things that have nothing to do with tackling the virus, for example climate change.

As a result, investors have stampeded into the segments of the market that they think will be a direct recipient of this vast amount of government spending, sending the share prices of renewable energy and EV companies soaring and pushing price-to-sales ratios to levels not seen since the 2000 tech bubble.

For example, Tesla is trading at 30 times sales (making Elon Musk the richest man in the world), solar manufacturer Enphase Energy is trading at 33 times sales while Nio Inc, a Chinese EV designer, is at more than 35 times sales. For further evidence of the relationship to the BBB theme, pull up the share price performance when fiscal programs were starting to be announced in the late summer and then immediately following Biden winning the U.S. Presidential election.

For an idea of the kind of risk exposure investors are taking on at these levels, take a look at Cisco. The technology giant was trading at 31 times sales in 2000 and had seen its stock market capitalization rise tenfold in three years to US$569 billion, making it the largest public company in the world. When it crashed it lost over 80 per cent of its value and two decades later it is still trading at 60 per cent of its 2000 highs despite tripling its revenue.

Another highly speculative area of the market is in digital currencies such Bitcoin and the crypto exchange Coinbase. Coinbase was valued at US$8 billion three years ago and it currently has US$25 billion in assets and total traded volume exceeds US$320 billion. Even after dropping about 20 per cent of its value on Monday, Bitcoin has still approximately quadrupled in value over the past 12 months, and has doubled since the U.S. election.

There are a number of different theses backstopping this run but we think it also ties into the BBB trade, as many are worried about governments recklessly using their central banks to print money to fund large fiscal spending programs — a practice straight out of much maligned Modern Monetary Theory. We find it interesting though that Bitcoin is viewed as a store of value considering its tremendous daily volatility.

The euphoria has reached the point that according to the University of Cambridge’s Centre for Alternative Finance, the power consumption of Bitcoin “miners” is now the equivalent of that of a country of more than 200 million people. Ironically, this will seriously impede the climate change focus of BBB as two-thirds of bitcoin production is from China, which has half of its energy output coming from coal-fired electrical generation.

The bottom line is that while you may be a BBB believer, be very careful of what you’re actually investing in and certainly don’t risk your life savings on it —  leave that kind of folly to the governments. Actually, we think there are some great contrarian trades that will benefit from the eventual inflationary fall-out including industrials, commodities and yes, even Canadian oil and gas. If you’re still insistent on playing the trade, perhaps the best way is to liquidate some of those coal-fired bitcoins and use them to buy an electric car — Tesla could sure use the sales.

David Rosenberg: What investors should know now that back to the office is back off