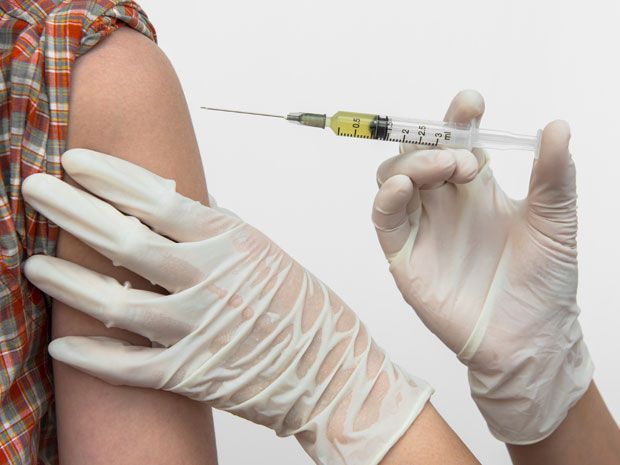 Dozens of biotech and healthcare companies have entered the race to produce a successful treatment or cure for COVID-19 since March, when the pandemic swept through North America. Some of the entrants are blue-chip names such as Johnson & Johnson and Merck & Co Inc., while others are smaller competitors trading on the TSX Venture Exchange. But only a few names have captured the interest of investors — thanks to returns tripling or to positive news from trials — pushing the entire S&P 500 forward. Here’s a look at five of those stocks.

Gilead was the first of these stocks to draw the attention of the mainstream investor, even if its gains are the least impressive of the five. Year to date, the stock has rallied little more than 15 per cent. But at its peak, that rally hit 30 per cent and Gilead was demonstrating the power to move the entire market on good or bad news. Its antiviral drug, Remdesivir, was used to treat Ebola patients and has now been repurposed to reduce the recovery time for COVID-19. The drug has already been approved by the FDA for use in the U.S., according to Oppenheimer analyst Hartaj Singh. Despite this success, the stock has been lagging for one major reason: “People are struggling to understand how they’re going to monetize (Remdesivir),” Singh said. While it may seem like the stock’s rally is done, Singh warns against making that assumption. Closing Monday at US$76.97, it still has room to run to his US$90 price target.

Moderna is the only biotech company and name on this list to be chosen for the U.S. government’s “Operation Warp Speed,” which will pump billions of dollars into the quick development of a COVID-19 vaccine. Moderna’s vaccine, mRNA1273, is experimental and is supposed to prevent the virus by invading a patient’s cells and forcing them to produce elements of the virus and teach the immune system to fight against them. The stock is up more than 200 per cent year to date, closing Monday at US$59.10. However, it has dropped significantly from its 52-week high of US$87 once analysts began to poke holes in the vaccine trial data. There were concerns that the company rushed the data to the market, cherry-picked from the most successful cases and that the vaccine’s ability to produce neutralizing antibodies, which prevent healthy cells from being infected, was not as advertised. The company is in its second phase of testing and expects to begin its third in July, Singh said. He has confidentce in the company and suspects the stock will finish closer to his US$108 price target this year. “If they demonstrate Phase Two success and move rapidly to Phase Three, this becomes a $140 stock,” he said. “Trust me, this stock is going to rip.”

Regeneron is working on two distinct treatments for COVID-19, according to Morningstar analyst Karen Anderson. One is an attempt to repurpose Kevzara, a drug it made in partnership with Sanofi SA to treat arthritis. Instead of attacking the virus, the hope is that Kevzara stops the immune system from overreacting to its introduction, but trial data has been weak so far. Regeneron’s other treatment, a solo effort, hopes to use antibodies to both treat and prevent virus infection. Testing is currently scheduled to begin this month, but even if this one is more successful and goes to market, Anderson is eyeing a limited financial benefit. “This might be a $2 billion product for them in 2021 and 2022, but beyond that, I’m not including sales,” she said. Regeneron has a limited window to bring the antibody treatment to market, she said, because the introduction of a vaccine would quickly make it expendable on a cost and efficacy basis. The stock has rallied more than 60 per cent year to date to US$604.04 but it’s extremely overvalued, said Anderson, who has a $421 fair value target on the stock.

Inovio’s stock is up nearly 275 per cent — and that’s after losing most of the momentum it generated in April and May, when it traded at nearly US$20. Closing Monday at US$12.03, the stock sold off when investors were disappointed to see it wasn’t chosen for Operation Warp Speed. But Inovio is still an interesting player in the field, Anderson said, because it’s developing a DNA vaccine. This type of vaccine introduces the DNA coding to create the antibodies needed to fight the virus into the host, instead of using elements of the virus itself. Singh still expects Moderna to be the lead player in the vaccine race, but Inovio could offer a hedge, he said. “If there’s ever a hiccup on the RNA side, Inovio all of a sudden becomes very interesting.”

The best performer on this list is Novavax, which has rallied more than 900 per cent since the beginning of the year. Novavax is still in early trials for its vaccine, which Anderson describes as a more “classic” type, but its data has already impressed. The Coalition for Epidemic Preparedness Innovations gave the company US$384 million, the most funding it has provided thus far for a COVID-19 related program. And while Novavax was also ignored by Operation Warp Speed, it received $60 million in funding from the U.S. Department of Defence to create 10 million doses of the vaccine for Phase Two and Three trials later this year.