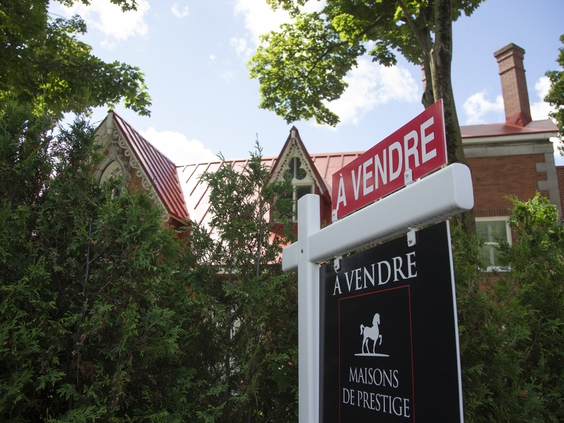 August sales statistics released by the Canadian Real Estate Association show the national average sale price for a house in Canada has gone up by 18.5 per cent in the past year.

The national average home price set a new record in August at about $586,000.

While the Greater Toronto Area market has been on fire in recent years — and posted a sizable year-over-year gain of 11.1 per cent in August — it wasn’t the only region driving the price increase.

According to CREA’s figures, here are the five hottest real estate markets in Canada.

Ottawa recorded the largest year-over-year gain out of all of the housing markets in Canada at 19.9 per cent in August.

Deborah Burgoyne, president at the Ottawa Real Estate Board, said housing prices have increased in Ottawa because of lack of supply.

“There’s been a steady migration of people coming to our city for work, quality of life, and the low interest rates are out of this world,” said Burgoyne.

Burgoyne said some of the people moving to Ottawa are from the GTA, but there are those relocating for work from other parts of Canada. These people work in military, high tech, and government. They are relocating to Ottawa because there is better pricing on homes.

“We’ve been very insulated for a number of years, so we’ve had steady increases,” she said. “We look attractive to a lot of people.”

“Our inventory was decreasing rapidly, so the market conditions were in favour of the sellers,” said Brant. “With the COVID craziness, things haven’t changed a lot, because the market was frozen in April and May.”

Brant said before COVID-19, people from the GTA were moving to Montreal to work, especially in the high tech sector. He said there has been more demand for homes outside of downtown Montreal

“People are moving out of the city to have access to single-family homes,” he said. “It’s easier for them to organize themselves for teleworking.”

Niagara Region home prices registered a year-over-year gain of 15.3 per cent in August.

“We have a lot of people exiting the GTA and moving this way,” said McCallum. “If you can buy a property and get twice the house for the same money or less than what you’re leaving now, why wouldn’t you?’

If you can buy a property and get twice the house for the same money or less than what you’re leaving now, why wouldn’t you?TERRI MCCALLUM

McCallum said people moving from the GTA to Niagara Region love the low prices. She said low interest rates have contributed to more demand, because people see it as a great time to have a mortgage.

“The pace of life down here is different,” she said. “It’s slower, and we have so much to offer.”

Guelph recorded a year-over-year gain of 14.3 per cent in August.

“With COVID, the growth has intensified and accelerated a trend that maybe would have happened over a 10-year period,” said Ryan Waller, a real estate sales representative at Home Group Realty Brokerage. “Guelph has a lot going for it from a low unemployment rate, a number of large employers, University of Guelph, and Conestoga College.”

Waller said this price increase has been fuelled by a “GTA invasion.” He estimates about 50 per cent of buyers are coming from the GTA.

“Housing is cheaper relative to the GTA, but still commutable,” he said. “We’ve long said that we’re witnessing a mass migration where Ontarians are down-pricing from larger, more expensive cities to smaller, less expensive cities and towns and pocketing money along the way.”

Greater Moncton prices were up 12.5 per cent on a year-over-year basis in August.

“The combination of quality of life in the region and housing affordability makes Greater Moncton attractive for family living,” said Murray. “The Home Price Index tool has a single family 3 bed home in Moncton composite price of about $200,000 where a comparable home in Oakville would be $1,000,000. That kind of affordability gets people’s attention.”

Murray said while prices are increasing, new housing is starting to be built to meet the demand.

“That said, Greater Moncton still has some of the most affordable residential housing prices in the country,” he said. “We had seen this trending before COVID-19, and the biggest unknown was what impact COVID-19 would have.”

2 Tech Stocks That Could Make Ottawa the Next Tech Capital