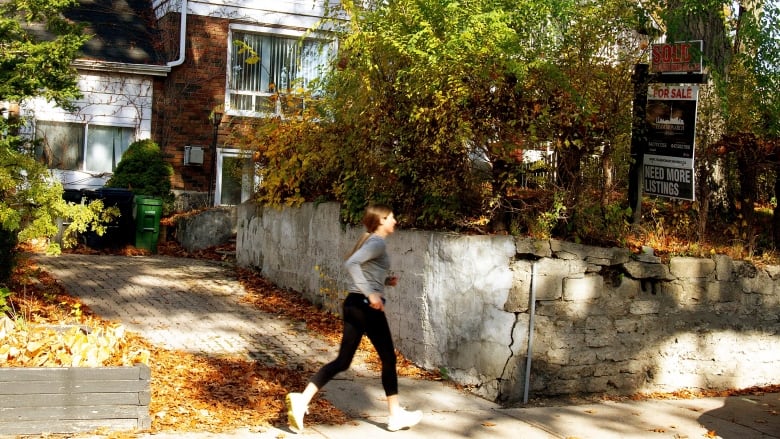 Average selling price rises to $716,585 across the country

The year is not yet over, but the Canadian Real Estate Association says 2021 was the busiest year ever for Canada’s housing market, with average selling prices climbing to new highs, too.

The group that represents more than 100,000 realtors across the country said in a release on Monday that the average selling price for a home that sold on the group’s Multiple Listings Service was $716,585, an increase of 18 per cent compared to the same month a year earlier.

It’s not just prices that are heating up, either. Sales increased by more than eight per cent in October from September’s level. The selling surge means that 581,275 homes have changed hands in the first 10 months of the year. That’s already more than the previous annual record of 552,423 — and there’s still two months to go.

“After a summer where it looked like housing markets might be calming down a bit, October’s numbers suggest we might be moving back toward what we saw this Spring, with regards to current market demand and supply conditions,” CREA chair Cliff Stevenson said.

New listings are being snapped up almost as fast as they come up, “which is why it’s not surprising prices are also re-accelerating,” Stevenson said. “We need to build more housing.”

In the early days of the COVID-19 pandemic, fear and uncertainty slowed the housing market to a crawl. But ever since the summer of 2020, Canada’s real estate market has been on fire, shattering numerous records along the way.

Policy-makers at the Bank of Canada slashed interest rates to record lows to stimulate the economy, and one of the biggest impacts of that move has been to cause mortgage debt to explode.

October’s average selling price is within a hair of the all-time monthly record of $716,828 set in March of this year, when activity was at a frenzied pace.

Right around then, the country’s financial regulator proposed to tighten the so called stress test level which makes it hard to get approved for a home loan. And things have cooled down a little since then, but both selling prices and sales overall are still well above pre-pandemic levels.

Jivan Sanghera, principal broker at Circle Mortgage Group in Burlington, Ont., says the buying frenzy is starting to change the way buyers and sellers fundamentally think about the market.

“There was a time and a place that some people may remember where you were able to see a house more than once before you even considered making an offer,” he said in an interview with CBC News. But in many markets across the country, that mentality has been replaced by one where buyers who have already lost out on multiple previous offers are coming in with all they’ve got.

“It’s really like an inferno where people are just either running to the flame or away from it.”

Economist Benjamin Tal with CIBC agrees that in parts of the market, some panic has set in, especially as rates are expected to rise at some point in 2022.

“There is this sense of urgency to get into the market,” Tal said in an interview. “People are starting to sense that interest rates are rising and will be rising in the future.”

House prices have increased at a much faster pace than incomes, which has begged the question of how young buyers just starting out in their careers are managing to come up with the cash to buy in.

Tal looked into the topic in a recent report and found that for a growing number of buyers, the answer is: their parents.

Almost one third of first time buyers in the past year received some sort of gift from family to help with the down payment. The average amount was $82,000, but in big, expensive cities like Toronto and Vancouver, the average parental gift was $130,000 and $180,000, respectively.

Although the numbers are eye-popping, Tal says it makes sense considering the $200 billion worth of cash that people who managed to keep their job during the pandemic have accumulated.

“You cannot spend all of it overnight [so] a lot of it will go to help kids into the real estate market and that’s exactly what we are seeing.”

It’s not just first timers making withdrawals from the bank of mom and dad.

Tal calculates that even among those who already own and are moving up the property ladder, almost 10 per cent of them are getting even more help to do so, to the tune of $200,000 in Toronto and a staggering $340,000 in Vancouver. That’s more than the price of the average home in Saskatchewan.

Tal says the trend is clearly growing, which means policy makers need to be aware of it.

“We are taking a wealth gap that is already very, very wide [and] unfortunately this is really widening it.”

“If you are lucky enough to get it, that’s fine. But we have to find a way to produce affordability into the system and supply is the only solution.”

For Immediate Release: The PCMA Responds to CSA Re: Modernization Taskforce Final Report