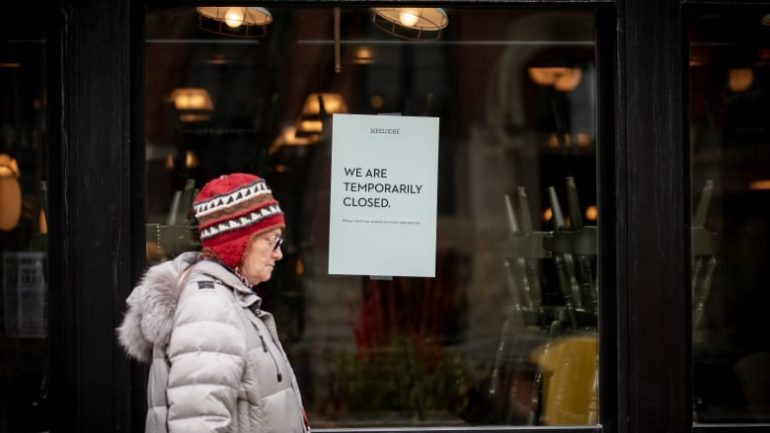 Five months after the Liberal government announced more support for cash-strapped small businesses in the form of government-backed loans, tens of thousands of business owners still haven’t been able to access that help, says one prominent business group.

The situation is causing stress and anxiety for people like Angela O’Brien, owner of Esteem Lingerie in West Kelowna, B.C. She applied for an additional $20,000 interest-free loan under the Canada Emergency Business Account program.

O’Brien said that when she applied for the original $40,000 CEBA loan last year, the process was “seamless” and the money was in her account days later.

Since she applied for the additional money the day applications opened in December, she said, she’s spent hours on the phone struggling to find out why her application hasn’t been approved.

“Everybody was pointing fingers at everybody else. Nobody seemed to have any information,” O’Brien told CBC News.

Roughly 60,000 to 80,000 businesses may still be waiting for the financial “lifeline” of additional CEBA help, said Corinne Pohlmann of the Canadian Federation of Independent Business (CFIB).

That rough estimate is based on conversations with federal officials, calls to the CFIB from business owners and publicly available information about CEBA uptake, said Pohlmann, CFIB’s senior vice president of national affairs and partnerships.

Both Export Development Canada (EDC) — which administers the CEBA program — and the office of Minister of Small Business Mary Ng refused to say how many businesses are still waiting for money.

An EDC spokesperson would only say that “a small portion of CEBA expansion applicants” have been “impacted.”

EDC said in a media statement that it’s working with applicants who have been unable to receive the loans to help them provide “clarifying or additional information.”

A ‘desperate need’ for help

It seems the process through which business owners provide that information has run into problems itself. One EDC official said it has required extensive technical work between CEBA and the financial institutions, such as banks, providing the loans.

The official said the goal is to have the problem resolved “in weeks and not months.”

In the meantime, said Pohlmann, many businesses have had to deal with further lockdowns since the expansion was launched in early December.

“There’s a real desperate need for this money,” she said.

On Monday, the CEBA website was updated to acknowledge that the process is “taking longer” for some applicants.

Business owners also have been given a new, extended deadline to get those problems resolved.

Previously, small businesses had until the end of March to apply for the CEBA expansion. That deadline has now been pushed back to May 7 for those businesses that need to provide additional information.

The Canada Emergency Business Accounts was first launched in April, giving businesses access to $40,000 in interest-free, government-backed loans. Up to $10,000 of an individual loan is forgivable if it’s paid back by Dec. 31, 2022. Nearly 840,000 businesses have signed up.

The problems began as the pandemic dragged on and the government decided to expand the program to offer businesses more access to cash. On Oct. 9, Finance Minister Chrystia Freeland promised additional loans of $20,000, up to half of which would be forgivable.

7 days ago1:59Small business owners trying to access extra loans through the Canadian Emergency Business Account are frustrated by delays and unable to access the money they need. 1:59

The details on how to apply would be made available “in the coming days,” Freeland told a press conference.

In fact, applications for the expanded loans didn’t open up until Dec. 4 — and while some 470,000 have applied successfully, many have found themselves in the same position as O’Brien.

The CEBA website tells applicants that once they’ve applied, uploaded the necessary documents and had their eligibility validated, the funds should be available in 10 to 15 business days.

Ng’s office declined a request for an interview. In response to several written questions, her office sent a brief statement which did not explicitly acknowledge any problems.

“We are working with over 200 financial institutions to finalize a process so more eligible businesses can get the help they need as quickly as possible,” said a spokesperson.

Ng’s office deferred to EDC on other questions.

O’Brien said that while she’s grateful to the government for creating the CEBA loan program in the first place, more transparency during this process would have made life easier for small businesses like hers.

“Just being patted on the head and saying, ‘Don’t worry, we’ll take care of you’ is not a good enough answer,” she said. “It doesn’t relieve the stress.”

U.S. retail sales up 1% in June, easing fears of a recession