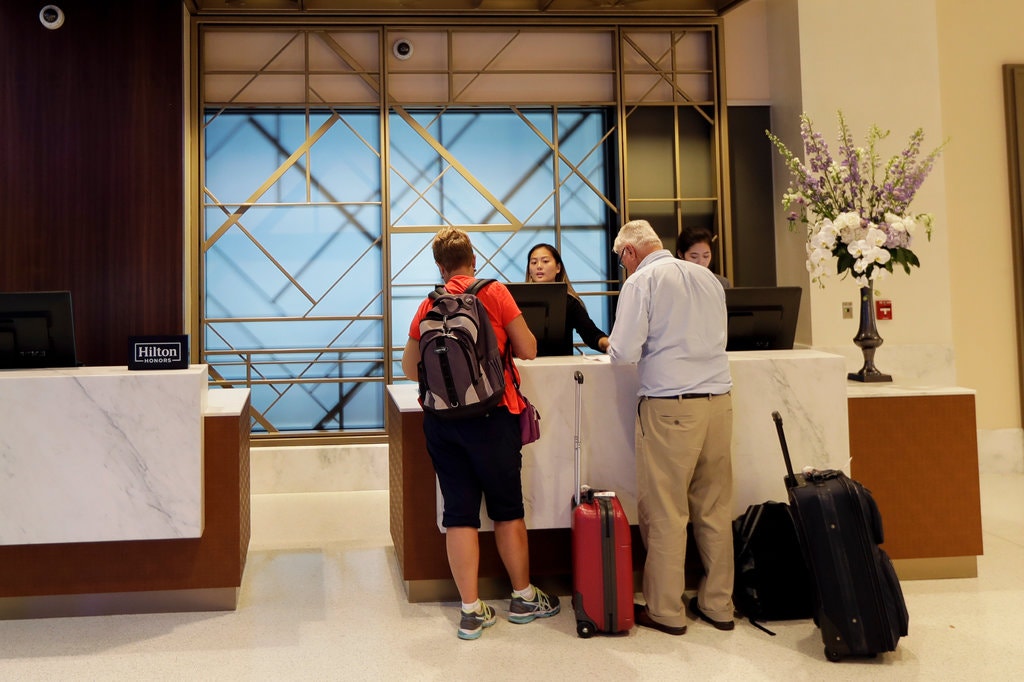 Guests at the front desk of the Embassy Suites by Hilton in Seattle. More than 2,270 new hotels, motels, inns and bed-and-breakfasts opened in the United States in the past three years.CreditCreditTed S. Warren/Associated Press

The hotel industry is booming in the United States in pretty much every way, except in one that might matter most to guests: staffing.

“This is the tightest labor market we’ve seen in a generation, at a time when demand for hotels has never been higher,” said Chip Rogers, president and chief executive of the American Hotel and Lodging Association.

More than 2,270 new hotels, motels, inns and bed-and-breakfasts were added over the past three years. That brings the number of properties in the United States to nearly 55,900, according to a report released Monday on the industry’s economic impact that was conducted by Oxford Economics on behalf of the A.H.L.A. Although the number of guest rooms rose to 5.3 million (not counting Airbnb, VRBO and other short-term rentals), there was a 66 percent occupancy rate — the highest since at least 2005, as far back as the survey looked.

While that’s good news for the lodging industry and the businesses associated with it, it also means that in a tight job market, hotel guests may find that things are not running as smoothly as they may like.

“The single greatest challenge facing our industry is filling essential jobs to ensure the quality service and amenities our guests expect and deserve,” Mr. Rogers said.

While the study did not examine how many job openings exist in the lodging industry, the overall hospitality field has more than one million unfilled jobs, said Rosanna Maietta, president of the American Hotel and Lodging Educational Foundation, the trade association’s nonprofit branch that focuses on work force development and research.

For travelers, the labor shortage might mean lines at the front desk, rooms that aren’t ready at check in, hotel pools without lifeguards, delayed maintenance and fewer on-site dining options. In Maine, it forced a nonprofit to close two of its four backcountry lodges.

As tight as the job market is nationwide, it is disproportionally affecting the hospitality industry. The seasonally adjusted number of job openings — positions that employers are actively seeking to fill from outside their company — was 6.1 percent in the accommodation and food service sector at the end of June, compared with 4.6 percent overall, according to the Bureau of Labor Statistics.

“There are simply not enough domestic job seekers to meet our work force needs,” said Jennifer Myers, an A.H.L.A. spokeswoman.

Immigrants make up about 13 percent of the population in the United States and 31 percent of workers in the hotel and lodging industry, according to a report from the Chicago Council on Global Affairs.

“The hotel industry is a major employer of immigrants, and they will continue to be part of any work force solution,” Ms. Myers said. “We support a balanced approach to immigration that enables hotels and other businesses to meet the increasing demand for employees, while protecting national security.”

A typical hotel with 100 occupied rooms supports 137 direct jobs and about 104 indirect ones, such as those with suppliers, according to the report. With the equivalent of nearly 1.3 billion rooms sold for an overnight stay last year (some of which would have had multiple guests) more than one in every 25 jobs in this country is somehow intertwined with the hotel industry, according to the report.

The popular Mackinac Island in northern Michigan has only 500 year-round residents but approximately 3,000 jobs in the summer months. Delays on the approval for seasonal worker visas this year forced one resort to temporarily close its restaurant.

To help bring more domestic workers into the pipeline, the A.H.L.E.F. has been expanding the programs it offers to attract and retain workers. Goals over the next five years are to enroll 50,000 management and supervisor apprentices, help 5,000 people earn a college degree at no cost to them, award more than $5 million in scholarships and train 8,000 people ages 16 to 24 who aren’t in school or already working.